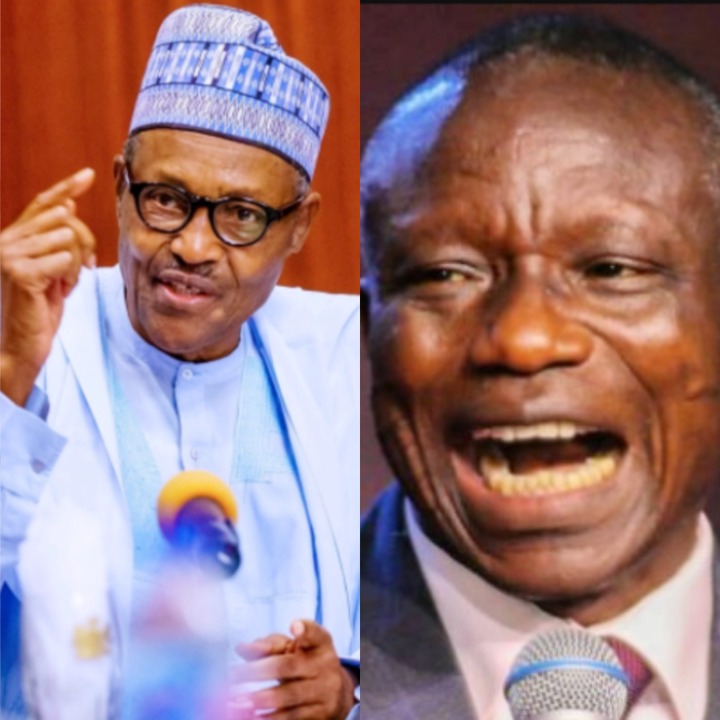 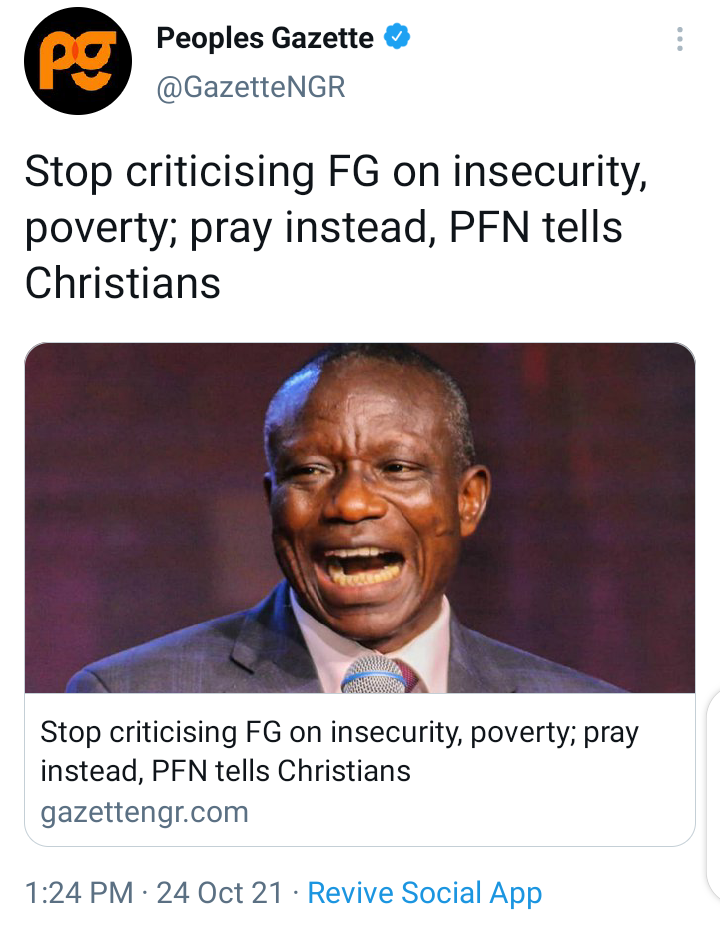 The Pentecostal Fellowship of Nigeria (PFN) on Sunday in Abuja cautioned Christians against amplifying the country’s problems and challenges but to pray instead for Nigerian leaders.

“Christians should not amplify the challenges or problems of the country, but pray and fill the vacuum of worries and anxieties with prayers.

“God is showing mercy to our country and we shall prevail if we the people do not relent in prayers or give excuses not to pray,’’ PFN president Wale Oke said while giving the charge.

The charge was given at a three-day Anchor Men’s conference of the PFN, which was part of an Anchor Business Breakfast Meeting organised by the Men’s Fellowship of Family Worship Centre (FWC) in Abuja.

Mr Oke said that it was only when men sought God’s guidance and directions to lead that they would be able to lead rightly and righteously. 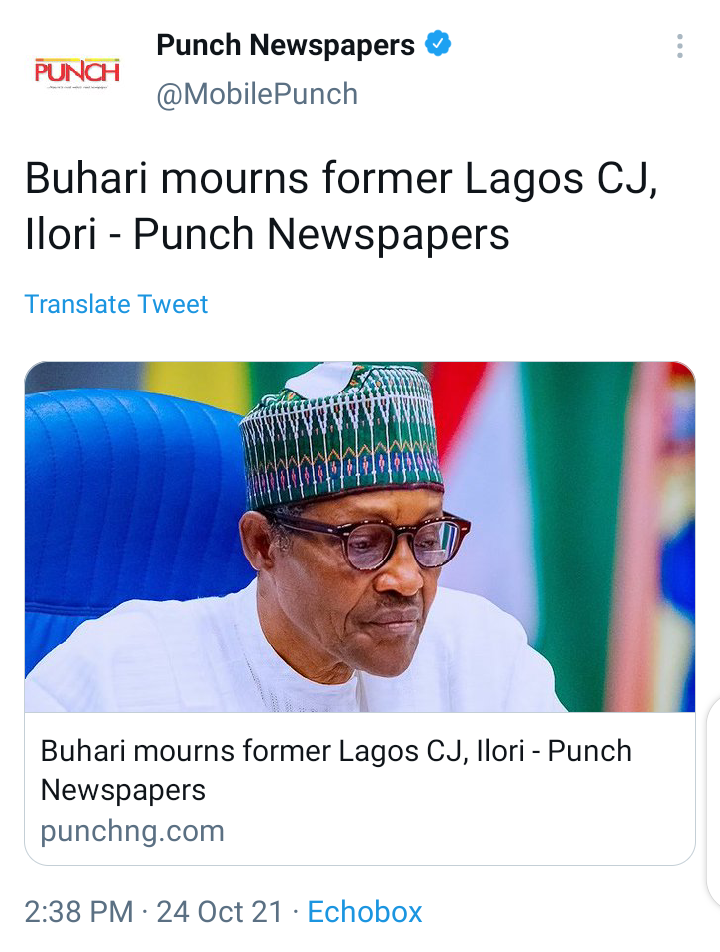 The President, Major General Muhammadu Buhari (retd.), has condoled with the family of Ilori on the passing of Justice Samuel Ilori, the 9th Chief Judge of Lagos State.

The statement read, “The President joins the Lagos State Government, the Bar, and the National Judicial Council in mourning the eminent jurist, who started his career as a pupil counsel at the Federal Ministry of Justice in 1965 and later transferred his service to Lagos State, rising through the ranks before his appointment as Chief Judge in 1996.” 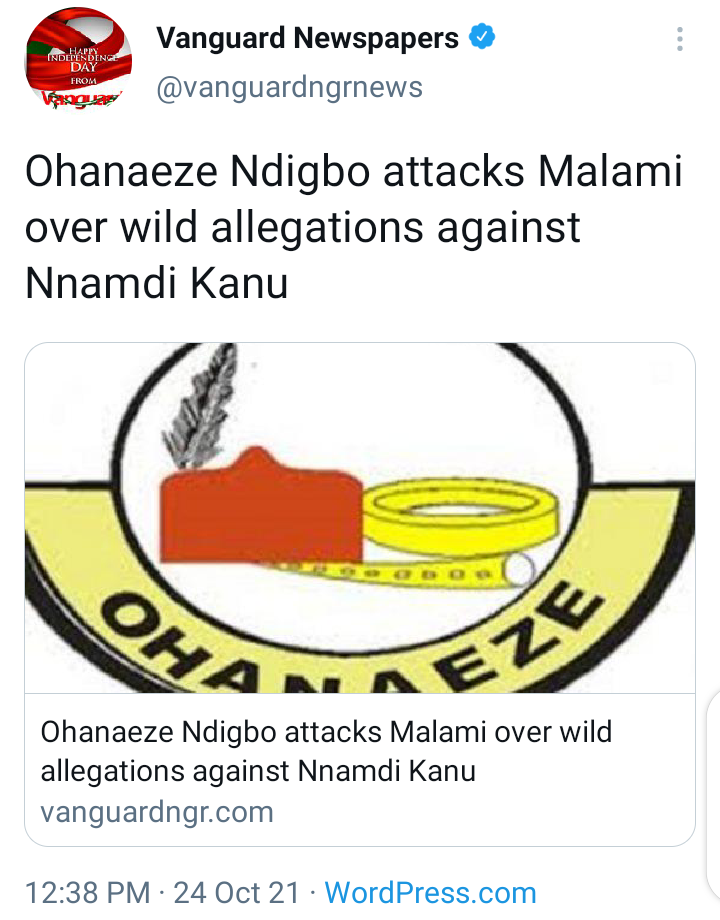 ENUGU-IGBO apex social cultural body, Ohanaeze Ndigbo has descended heavily on the Attorney General of the Federation, Abubakar Malami for blaming the leader of IPOB, Nnamdi Kanu for all the killings and destructions that happened during the #Endsars youth protest last year as well as past and present killings going on in the South East.

The Attorney-General of the Federation had addressed a press conference last Friday in Abuja, where he levelled extensive allegations against Nnamdi Kanu, leader of the IPOB.

Malami alleged that Kanu “has been working against the Nigerian nation based on his actions and speech” and that heinstigated others to attack public properties, security agents, civilians and any other perceived enemy using Radio Biafra as a major means of communication”.

Reacting to Malami’s outburst, Ohanaeze Ndigbo expressed disappointment that the Attorney General descended to the level of total ignorance and shopping for offences just to nail Kanu.

Ohanaeze urged him to try to be above aboard as the nation’s chief law officer.

“One will think that a Senior Advocate of Nigeria, SAN, and the Attorney General of the Federation the Chief Law Officer of the Federation, should be above board”, Chief Alex Chidozie Ogbonnia, the National publicity Secretary of Ohanaeze Ndigbo said.