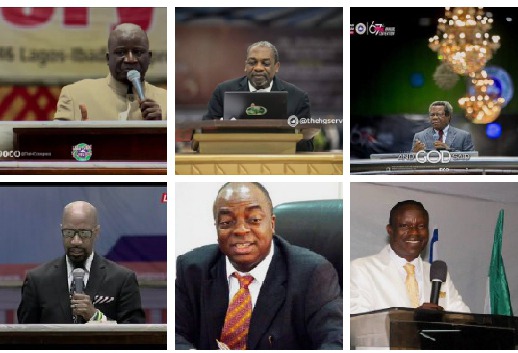 The context of Spiritual fathers is best exemplified in the bible with the relationship between Elijah and Elisha and that of Paul and Timothy. In present day, one of the desperate needs of the church is for spiritual fathers to arise and pour into the next generation of believers and invest in them by encouraging, coaching, correcting and impartation.

For many years, Pastor Enoch Adeboye has served as a father figure to a lot of Pentecostal Christian leaders at home and abroad . However, among his numerous spiritual sons, there are some that are believed to be closest to him. 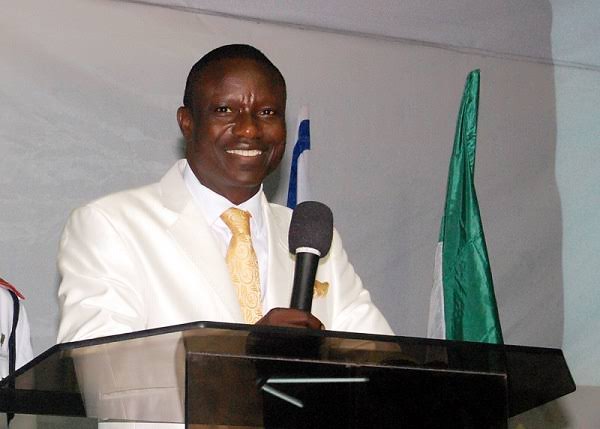 The meeting of Pastor E A Adeboye and the President, Sword of the Spirit Ministry, Ibadan and national Vice-President, Pentecostal Fellowship of Nigeria (PFN) ,Bishop Oke was divinely orchestrated when Pastor Adeboye was a lecturer in University of Lagos and Bishop Oke was his student. But what actually ignited the bond between the two men of God was an incident that happened in 1979, at a Redeemers Crusade at Ijebu-Igbo, where Bishop Oke made a lasting impression on Pastor Adeboye with a prophecy he delivered to the pastor titled: ‘A Vessel Unto Honour.’ Since then , the relationship between these two men of God have remained strong and Pastor Adeboye himself revealed that occasionally, he calls Bishop Wale Oke to inquire what God is telling him on different matters, and his spiritual son has never disappointed him. 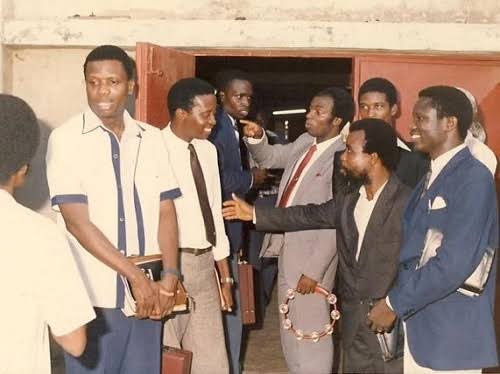 Pastor Adeboye at Sword of the Spirit Holy ghost Convention in 1983. 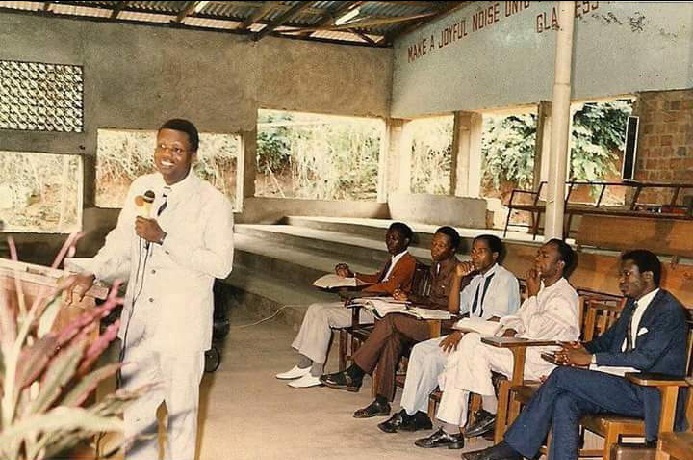 Pastor Adeboye at Sword of the Spirit Holy ghost Convention in 1987.

Also, since the emergence of the sword of the spirit ministries, Pastor Adeboye has always been a regular feature in all Bishop Oke’s programmes. So also is Bishop Wale Oke who is a constant figure at the redemption camp for any redeemed church events.

Bishop Wale Oke is the Chancellor of Precious Cornerstone University, Ibadan, Oyo State and the convener of the annual Holy Ghost Convention in Ibadan since 1983 as well as the Nigeria Turning Point Prayer Movement in Abuja . 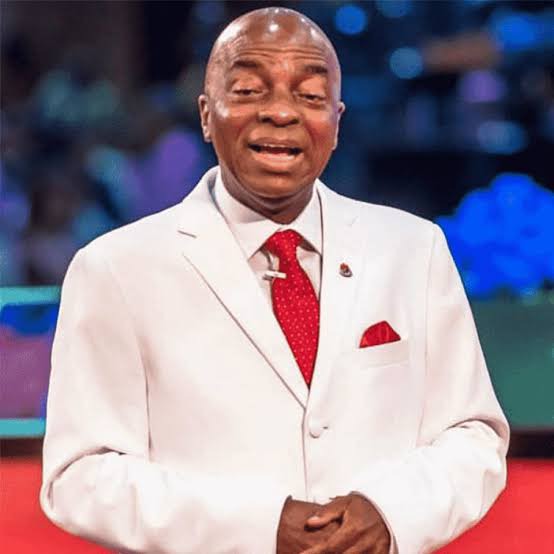 On a Friday in 2017, Pastor E. A Adeboye , showed up at 6:30 early in the morning unannounced in the Oyedepo’s residence to pray, after which he shared a disturbing revelation about a potential plane crash . Few days later, Oyedepo and his wife, Faith Abiola, were involved in a near air mishap which was said to have been caused by a mechanical malfunctioning.

However Adeboye’s revelation and prayer has gone ahead to avert the potential plane crash. This typifies the relationship which started in September 1983, when pastor Adeboye, was divinely arranged to commission the Living Faith ministry. 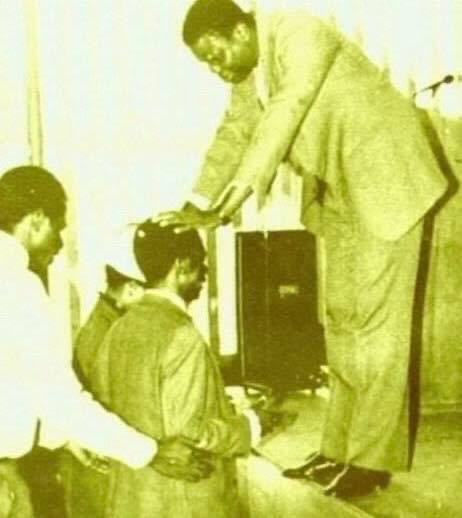 Since then, the father and son relationship between this two God generals has waxed stronger. Today, the two of them are leading the two biggest Pentecostal ministries in Africa. 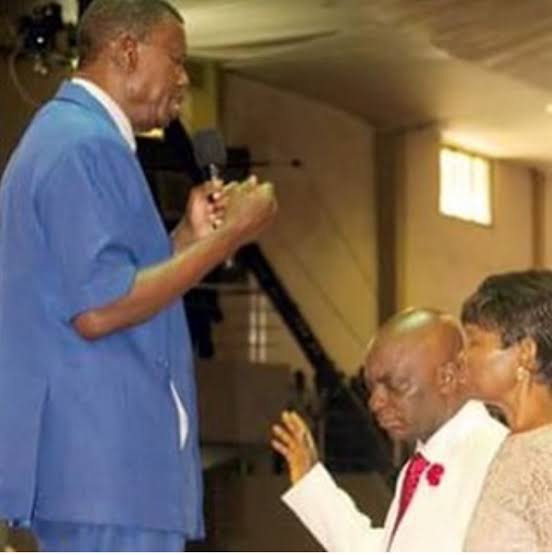 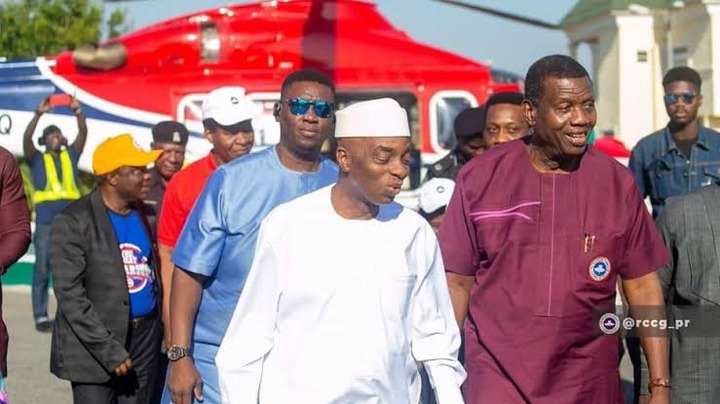 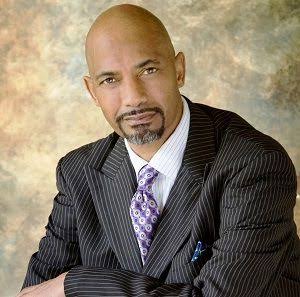 The American , Dr. James “Bamidele” Sturdivant is the resident pastor of Faith United Ministries . The native of Washington who feature regularly in RCCG Programmes has a deep connection to Nigeria through his relationship with his Father in the Lord E.A. Adeboye. 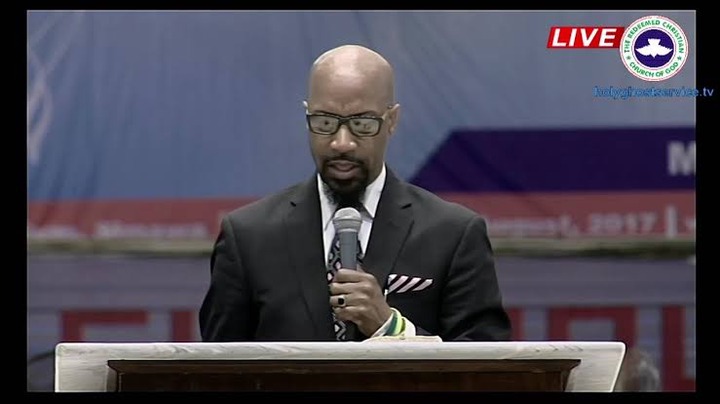 Dr. Sturdivant’s who has been in fulltime ministry for over 30 years has been fully accepted by Pastor Enoch Adeboye as a special son and has poured mightily into his life in immeasurable ways. Since their divine connection, Dr. Sturdivant’s ministry has been marked by the miraculous, with countless testimonies of actual resurrections from the dead, healing from cancer and other astounding breakthroughs. 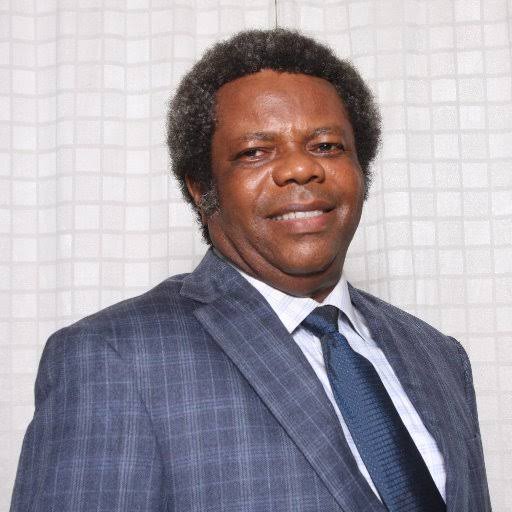 Pastor Charles Achonwa relationship with Pastor Adeboye has come a long way, having served as the Crusade Director for Pastor E.A. Adeboye from 1990 to 1993. Also, in the 80s when Pastor Charles Chukwuedum Achonwa wanted to start an interdenominational ministry “The Christian Service Commission”, Pastor E.A Adeboye was on hand to commission and ordain him. 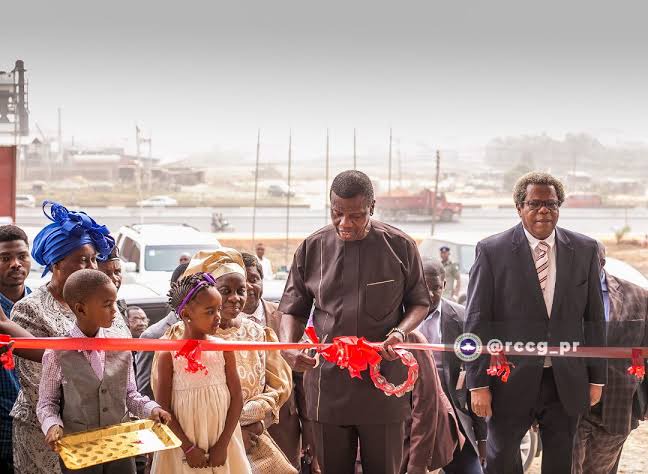 Pastor Achonwa who is a popular face at the redemption camp is a man who by God’s grace has built a legacy by raising servants and ministers for God. He was the General Overseer of Doulos Ministries from 1993 to 2010 before he handed over to another pastor. He now devotes time training and raising ministers of God. There is virtually no keen follower of RCCG’s Programmes that is not aware of the strong bond that existed between the General Overseer of the Living Faith Foundation ministries and his spiritual father Pastor Adeboye. In fact, at a time, it was rumored in some quarters, that Pastor E. A Adeboye intends to hand over the leadership of the church to Pastor Olaiya because of their closeness, but the rumor has since been debunked. 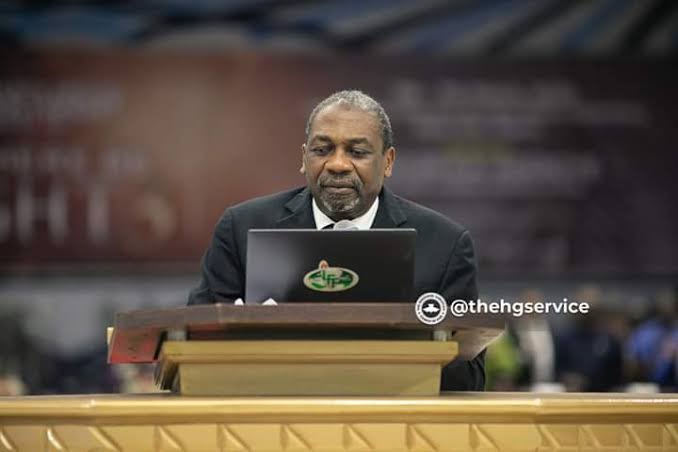 Pastor PJA Olaiya who has close to 40 years of experience in the deliverance ministry head one of the biggest Pentecostal ministries in Northern Nigeria. 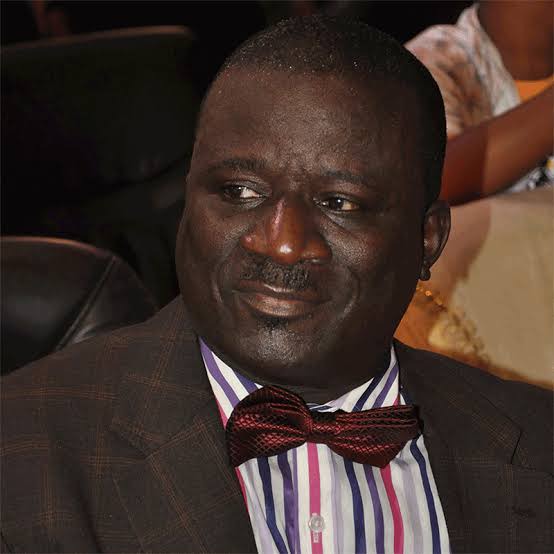 Pastor Moses Aransiola, the General Overseer of the Gethsemane Prayer Ministries International is one of the regular speakers in RCCG conventions and Holy Ghost congress and is believed to be very close to the Adeboye’s.

The man of God is the national director of Nigeria Prays, a national prayer body initiated by the former Head of State of Nigeria, General Yakubu Gowon. His Gethsemane Prayer Ministry which was commissioned on May 23, 1987, has trained and commission more than 100,000 prayer warriors and intercessors all over the world.