By TadeCollins (self meida writer) | 9 days

Popular Nigerian Catholic Priest, Reverend Father Ejike Mbaka is in the news again for yet again another prophecy concerning Nigerian President, Muhammadu Buhari, and this time around, the Clergyman is not getting any iota of love or reverence from Nigerians at all. 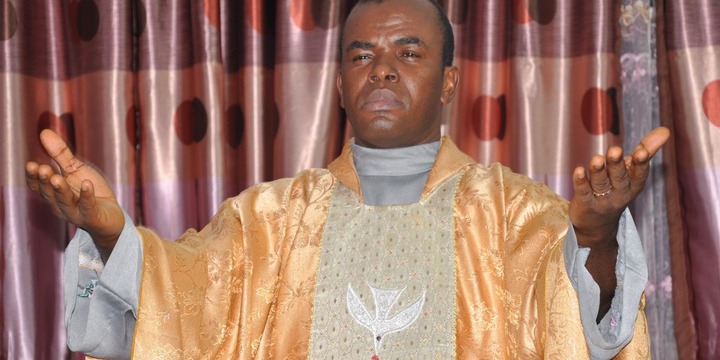 According to fresh reports by Sahara Reporters, who broke the news and shared it on their official Twitter handle today, Thursday, April 29, 2021, Father Mbaka is quoted to have reportedly said he has a new directive “from God” to prophecy against Buhari over the recent spate of killings in the country.

“ @SaharaReporters: Killings: God Has Asked Me To Withdraw Support For @MBuhari And Prophesy Against Him—Father Mbaka”. 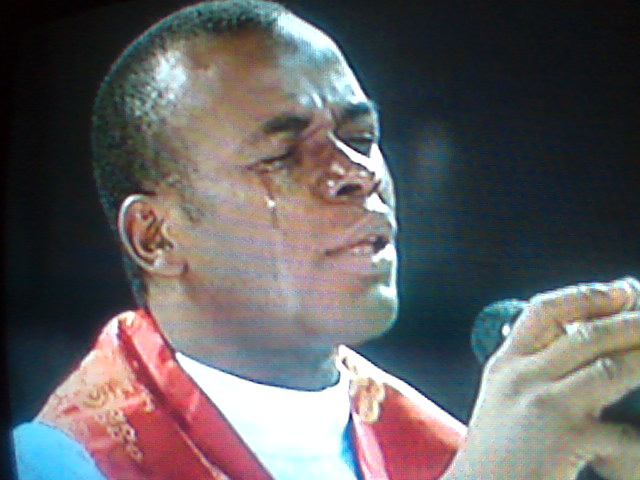 The above-quoted tweet was posted with the picture (above) of the Catholic Priest, who had always been a staunch supporter of Buhari, in tears, but rather than draw any form of sympathy, that picture seems to have even irked a lot of Nigerians more, as a lot of them have this to say in response to the news:

"@ayemojubar: You and that familiar spirit talking to you are both confused.

@fomax112: “You used god to segregate me in schools. You used god to put me in the back of the bus...” Is better to start learning about Africa history and ask difficult questions. If not nothing will ever change in the continent....

@kheyphil: Which of the gods are u talking about cos it can't be God.

@Kingcreatorr: It is not the God I'm serving you'll put to shame but your selfish and greedy self ..My God is not the author of confusion... 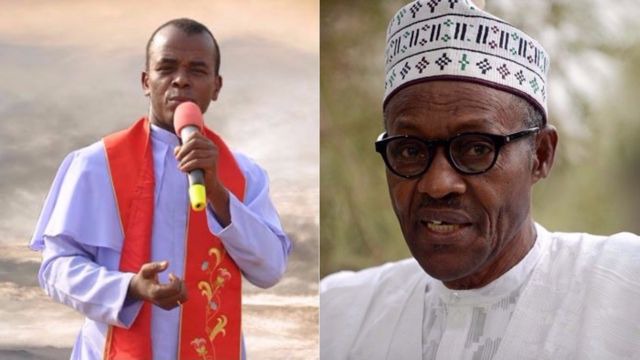 @FS_Yusuf_: W for weyrey. God flash you abi He ping you? Swindlers. Judgement awaits you and those familiar spirits.

@Lucasscot_101: I'll keep saying this..Jeremiah 23:16 Thus says the Lord of hosts: “Do not listen to the words of the prophets who prophesy to you, filling you with vain hopes. They speak visions of their own minds, not from the mouth of the Lord.

@fomax112: All these 419…Nigerians always FAILED to ask difficult questions which is why they keep robbing them with lies and their lives have not changed. Instead the country becoming poorer with more churches and mosques.

@isssaco: This is medicine after deaths. Millions of people have died as a result of your false prophecy against JONATHAN in 2015

@Iamsahaz_: I was once his follower until I realize he lied and took bribe from Buhari.”

You may recall that, during the months precluding the 2015 General Elections in Nigeria, Father Mbaka was a very active prominent voice who openly campaigned for the then opposition party, All Progressives Congress (APC), and brazenly declared “prophecies” against former President Goodluck Ebele Jonathan. 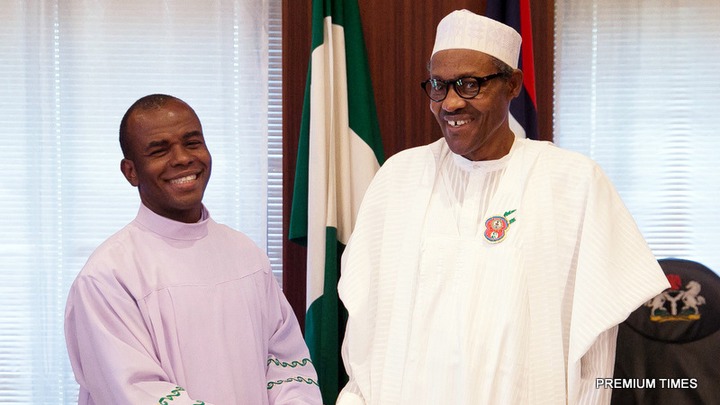 A move which inevitably saw a lot of Easterners swayed in favor of Buhari and the APC, it is somewhat understandable now, the wrath that his recent declarations have attracted, as a lot of people still hold him responsible for misguiding them. A sentiment that I, personally, do not and will never share, though, because, come on, we’re all adults (supposedly) for crying out loud! 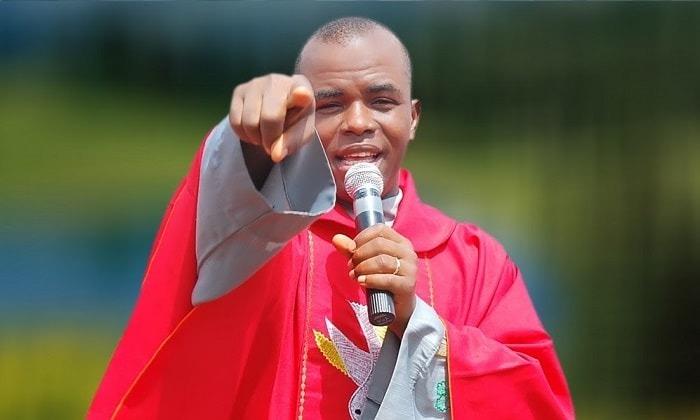 Anyway…please share your thoughts on this with me in the comments section, and don’t forget to follow TadeCollins on Opera News for some more juicy and informative gist. Kindly like, comment on the news app, and share the articles as well, please. Thank you.