The Death of Uzza: Was God Unfair? 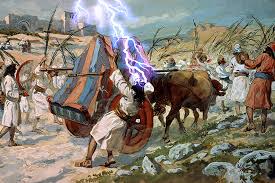 The circumstances resulting in Uzza’s death are recorded in 1 Chronicles 13:1-14. King David decided to bring the Ark of the Covenant from Kirjath Jearim to Jerusalem, a distance of about 10 miles, and he had a new oxcart built to carry it. As they traveled toward Jerusalem, the oxen stumbled. Uzza, who was walking next to the cart, put out his hand to steady the ark from falling. “Then the anger of the LORD was aroused against Uzza, and He struck him because he put his hand to the ark; and he died there before God” (1 Chronicles 13:10). It seemed to have been an automatic reaction on the part of Uzza (also spelled Uzzah in the parallel account in 2 Samuel 6), but God regarded his actions as so serious that He struck him down dead.

Why did God kill Uzza? Was God being overly harsh and unkind? 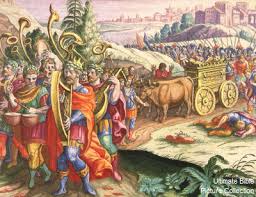 This incident is an example of people disregarding God’s instructions and doing what was right in their own eyes. God had given clear instructions about how the ark should have been carried. In Exodus 25:14-15 and Deuteronomy 10:8 we see that the ark was equipped with poles to be carried on the shoulders of the Levites. Numbers 7:9 adds that this group of Levites, the sons of Kohath, would not use carts “because theirs was the service of the holy things, which they carried on their shoulders.” And, while carrying the holy things, God clearly warned the Levites that “they shall not touch any holy thing, lest they die” (Numbers 4:15, emphasis added throughout). Both David and Uzza forgot or disregarded these instructions.

The parallel account in 2 Samuel 6:6-7 states that Uzza “took hold of it” (margin “held it”), and “God struck him there for his error; and he died there by the ark of God.” The word error is rendered “irreverence” in the margin of the New King James Version and “rashness” in the King James Version. If God had compromised His holiness by overlooking Uzza’s and David’s lack of care and respect, people could understandably conclude that His holiness was not that big of an issue and begin to treat God with disrespect in other ways. By showing its seriousness, God sought to protect the people from making that destructive mistake. 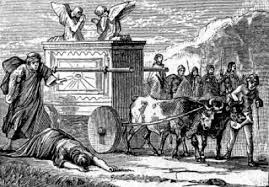 Initially David became angry at Uzza’s death. The Keil and Delitzsch Commentary on the Old Testament explains, “The burning of David’s anger was not directed against God, but referred to the calamity which had befallen Uzzah, or speaking more correctly, to the cause of this calamity, which David attributed to himself or to his undertaking. After David’s initial confusion, he realized that he had acted contrary to God’s clear instructions about how to transport the ark. In 1 Chronicles 15:2 we read, “Then David said, ‘No one may carry the ark of God but the Levites, for the LORD has chosen them to carry the ark of God and to minister before Him forever.” At this point David understood that the ark was to be carried with poles on the shoulders of the Levites, just as God had commanded Moses (1 Chronicles 15:15). Next, the priests and Levites sanctified themselves in preparation “to bring up the ark of the LORD God of Israel” (verse 14). When they carefully followed God’s instructions, they were able to bring up the ark “with joy” (verse 25), and they successfully completed the journey without any further mishap.

The apostle Paul taught, “For whatever things were written before were written for our learning, that we through the patience and comfort of the Scriptures might have hope” (Romans 15:4). The incident with Uzza is a case in point, as we learn important lessons his death teaches us. God has the right to take life, but He also has the power and loving desire to give life eternally. God only wants the best for all people. He is filled with mercy, kindness, patience, compassion and forgiveness—possessing total and complete power. It is up to each of us to exalt and worship the living God. Let’s be sure that our daily lives are based on the laws and commandments God has outlined in His Word for our benefit, and not on our own personal reasoning, values and standards.