Symbolism of the yellow and white colours on the vatican flag 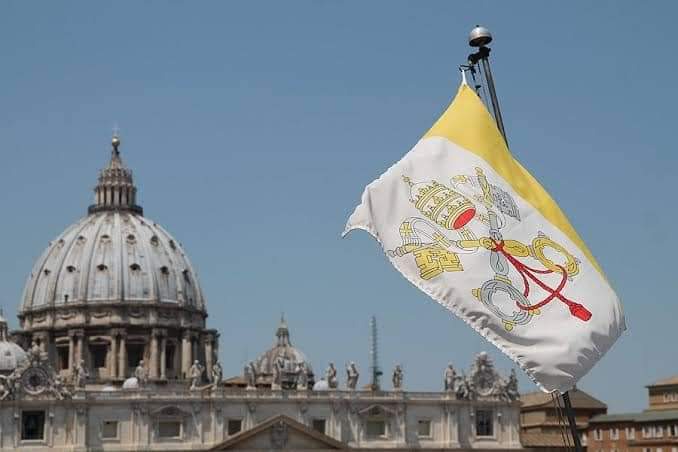 The Vatican City State, also known simply as the Vatican, became independent from Italy with the Lateran Treaty (1929), and it is a distinct territory under "full ownership, exclusive dominion, and sovereign authority and jurisdiction" of the Holy See, itself a sovereign entity of international law, which maintains the city state's temporal, diplomatic, and spiritual independence. The flag of Vatican City which has a yellow and white band is usually displayed in many Catholic churches and institutions worldwide. What is the origin of this flag and what does the yellow and white stand for?

ORIGIN OF THE VATICAN FLAG

The flag of the Vatican City has a long history, with the first papal flag dating back to 1195. The first of its kind, it donned the colours of red and white.

However as it stands, the current flag dates to 1929 when Pope Pius XI on the 7th of June signed the Lateran Pacts. These signified the beginning of the Vatican City as a sovereign state. 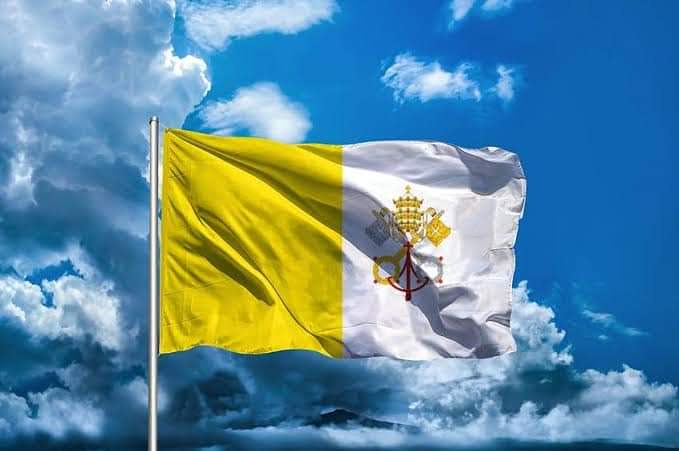 WHAT IS THE SYMBOLISM OF THE YELLOW AND WHITE COLOURS ON THE VATICAN FLAG?

The motifs and colours on the flag of the Vatican City represent the strongest symbols of the Pope. The Vatican emblem shows St. Peter’s keys. The gold key represents heavenly power, and the silver key represents earthly power. The Pope’s triple-crowned tiara represents his power. Yellow and white represent gold and iron, the traditional metals of the keys of St. Peter. 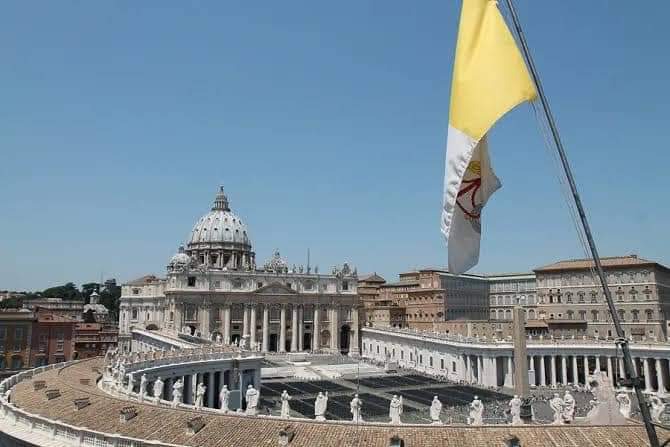 The Vatican City State flag is square in shape, with yellow and white vertically divided on each side of the flag. There is an emblem on the white side of it which features two keys crossed, one silver and one gold symbolising that the Pope has dominion over all spiritual matters on Earth.

Upon the death of a pope the flag is flown at half-mast until the completion of novemdiales, the ninth day of mourning that follows his death. 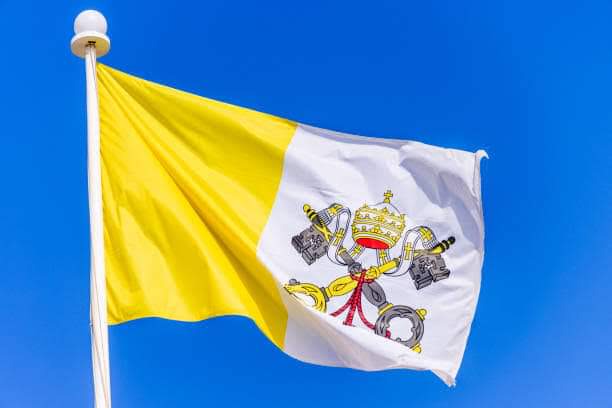 The flag is displayed in many Catholic churches and institutions worldwide, often alongside the national flag of where the church or institution is located, this is simply because the Holy See’s authority extends over Catholics throughout the world.

Content created and supplied by: Lewand9? (via Opera News )