By ReligionMaster (self media writer) | 1 month ago 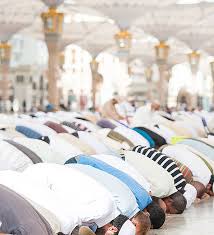 Fajr prayer can be difficult and burdensome however, there are some virtues that we fail to realise, in this article, I will analyse some of the merits of this blessed prayer, Fajr as documented in the Qur’an and Sunnah In’sha’Allah

As Muslims, we are not allowed to take oaths by anyone other than Allah, But Allah, the Most Majestic can take an oath by anything he wishes. In the beginning of Surah Fajr, the 89th Chapter of the Qur’an, Allah begins the Surah by swearing upon the dawn (Fajr).

Every oath made by Allah in the Qur’an emphasis its importance and likewise, Allah has emphasised the time of Fajr.

2. The two Sunan Rakahs of Fajr prayer are better than the entire world

In the Hadith of Aisha (May Allah be pleased with him), the Prophet (Peace be upon him) said, "Two rakaats of prayer before the Fajr prayer are better than the world and whatever is in it." For this reason, there is no other Sunan prayer emphasised more by our prophet than these two Rakahs before the Fajr prayer. Our prophet always prayed these two Rakahs Sunan prayers of Fajr and never missed them including whilst travelling even though the concession was there to miss the Sunnah prayers.

3. Whoever prays the Fajr prayer comes under the protection of Allah

In the hadith reported by Jundub ibn Abdullah (May Allah be pleased with him), the prophet (Peace be upon him) said, “He who performs Fajr will be under the protection of Allah."

4. The recitation of Qur’an at Fajr is witnessed

Allah says in the Qur’an,

“Establish prayer at the decline of the sun until the darkness of the night and recite the Qur’an at Fajr. Indeed, the recitation of Fajr is ever witnessed.”

Out of all the 5 obligatory prayers, our prophet made the Fajr prayer the longest because he knew of this amazing virtue. It was reported that he would recite between 60 to 100 verses just in the Fardh of Fajr prayer.

Content created and supplied by: ReligionMaster (via Opera News )