Pastor Adeboye - "The first time a president came to the Congress, he came with 250 bodyguards."

By Euniceee (self media writer) | 5 months ago 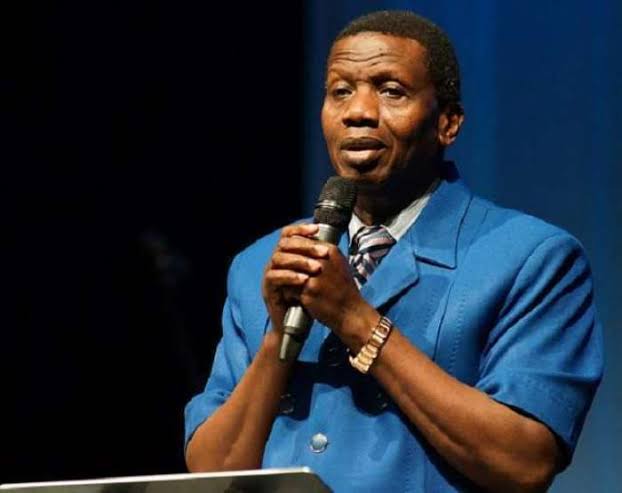 Glory comes in waves. One wave may die and then another wave begins. Many a times, in between two waves, there could be something different from Glory. It is possible for someone to know glory before and then for one reason or the other, he now knows shame and then God moves him to another glory.

Usually, a wave of glory is associated with an individual.

Victories are good things, peace is better. Throughout the period of Solomon, they never fought a war.

When we talk about a new wave of glory, it means you were on a hill before and then you went into a valley then you began to climb again.

The man had a withered hand and he was in the synagogue. The withered hand means the hand was strong before and then it withered. The glory became shame. His ability was gone but then the Almighty God came in. Jesus stepped into the temple and the withered hand was restored back.

Sight is associated with vision. When we talk of vision, we also talk about ambition, things you hope to become.

When we dream of a new wave of glory, we could talk about somebody who used to be rich and then became poor before he recovered. An example is Job. Job lost everything - Job 42:10-12.

The one who set your marriage on fire shall be set on fire soon.

Nebuchadnezzar was a king and then became like an animal but God in His understanding restored him and excellent glory was added to him.

It is possible to go from one glory to another without even a break. Joseph for example, he was the favourite of his father. He was the envy of his brothers then he started dreaming. God showed him the future and it created a problem because he couldn't keep it to himself. He then got sold into slavery and became a slave. In the house of the slave owner, he became chief executive office then someone lied against him and he moved to the prison then to palace and became prime minister.

"When we were in the university in 1960s, there were a group of us who were very close and as young boys, we tease ourselves. We look at the way we were performing so we always say who is most likely to be very successful? There was one of us, almost every year, he will fail a paper so he will have to come back to do resit. Finally, he left with a degree, the let-my-people-go degree. The others went to do 2nd degree and 3rd degree. Then something happened, I had to go and do some work in the town he stayed and I stayed with him and his mother died. I said I have 5 pounds in my savings in Lagos. I said I would go withdraw it, he laughed and called me by my nickname. He said, you are always kind but let me tell you this truth. My problem is not money, it is how to spend it. Why? God gave him an inspiration, by the time I was getting PhD, he was using the inspiration God gave him. He had built two giant buildings when I was still struggling to pay my bills."

The first time a president came to the Holy Ghost Congress, there was no building that time. It was just open field. He came with 250 bodyguards.

A new wave of Glory in the Spiritual

An example is Peter. He was a spokesman, he would talk first and think later. God restored him and he began to go from glory to glory. He preached a sermon and 3000 were saved. Another sermon, 5000 were saved. He went on and on till his shadow began to heal, he was raising the dead.

Your marriage became trouble when the doctor said you have zero sperm count. He asked me to tell you, I made heaven and earth out of nothing. Your children are on the way.

How do I become a partaker of a New Wave of Glory?

Refuse to annoy God because he's the one who can move you from one spot to another. Wisdom belongs to Him. Breakthrough belongs to Him. Joseph was able to reach his goal simply because he didn't want to sin against God - Gen 39:1-9.

1. Praise God that you are able to participate in this year's convention.

4. Father please let all my dreams be fulfilled.

6. Father let me have a share in the new wave of glory.

Content created and supplied by: Euniceee (via Opera News )