By Alrasad (self meida writer) | 13 days

David Hundeyin, the freelance journalist who brought Minister of Communications and Digital Economy's pro-terrorists comments to the notice of millions of Nigerians has said that he remains the same person he was some years ago and that he has abandoned his extremist views. 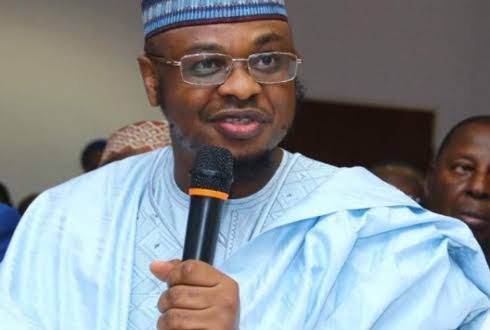 Hundeyin made this known on Wednesday while he was a guest Channels TV Politics Today with Seun Okinbaloye. Citing why he said the minister has not evolved in any way about his past terrorist ideologies. The journalists said information about youth acquisition programme for 600 Nigerians was leaked via his Twitter page.

He also made reference to the fact those extremist sermons the minister preached was not broadcast via his personal YouTube channel, NTA channel or the ministry's channel but via Afrik, a strictly Islamic channel. He compared Afrik to Emmanuel TV owned by Pastor TB Joshua, or Dove TV by Redeemed Christian of God.

He alleged that the Minister of the Communications and Digital Economy has been exclusively live streaming some of Federal Government events on the unknown Islamic TV. He also with his investigative findings the alleged TV station don't even have a website.

Speaking further further, the journalist said he would love Dr Pantami to explain to him if the federal government has licensed the Islamic TV to broadcast some of its event since Nigeria is a secular state.

On the US terrorism watch list, Hundeyin said he never said the minister was on the list but that it was the newspaper he is affiliated to that wrote the story. He said he was not the one who wrote the story.

He, however, said it is impossible for anyone to confirm or deny whether the minister is on the list or not, saying the US or the UK would never voluntarily release such information to the public.

Some Nigerians have, however, accused David Hundeyin of acting according to his unidentified pay master to tarnish the minister's image.

Sham'un Damji @Alhshamz said, "I believed this man was given a contract to find in any way how to destroy the image of HM #drpantami.. with no proof mentioning such allegations, look at him clearly the way he talks and the passion in him, In Gods name you will never succeed.. #PantamiWillStay" 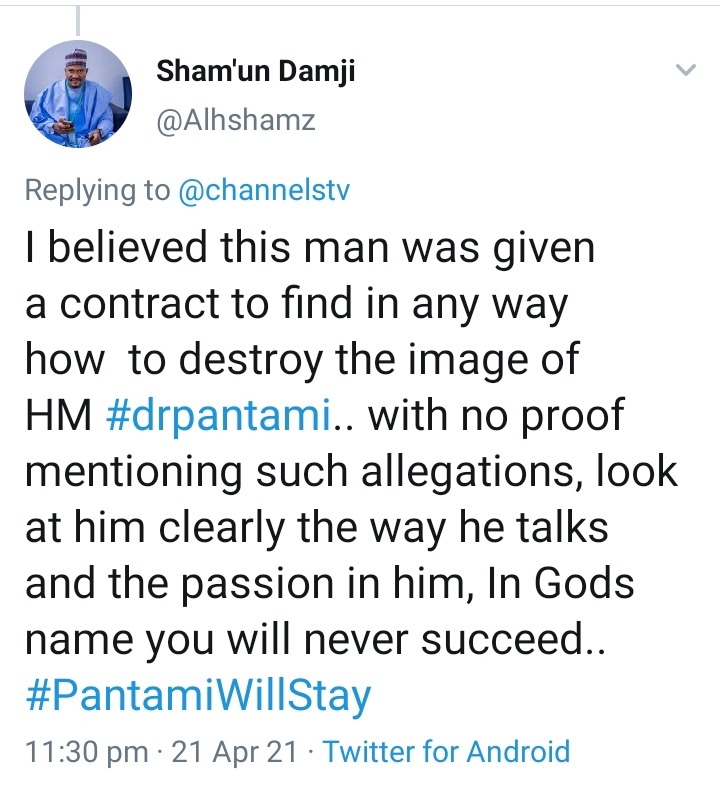 K.K @OwolabiKehindeK did not see anything wrong for the minister to have contracted Islamic channel for FG's event, "I guess issue of extremism shouldn't be mixed with business. Contracting an Islamic TV Channel to stream FG program is business. Its only belong issue if it promote extremist tendencies. I stand to condemn @DrIsaPantami past comments and ready to pardon if his denounces genuine." 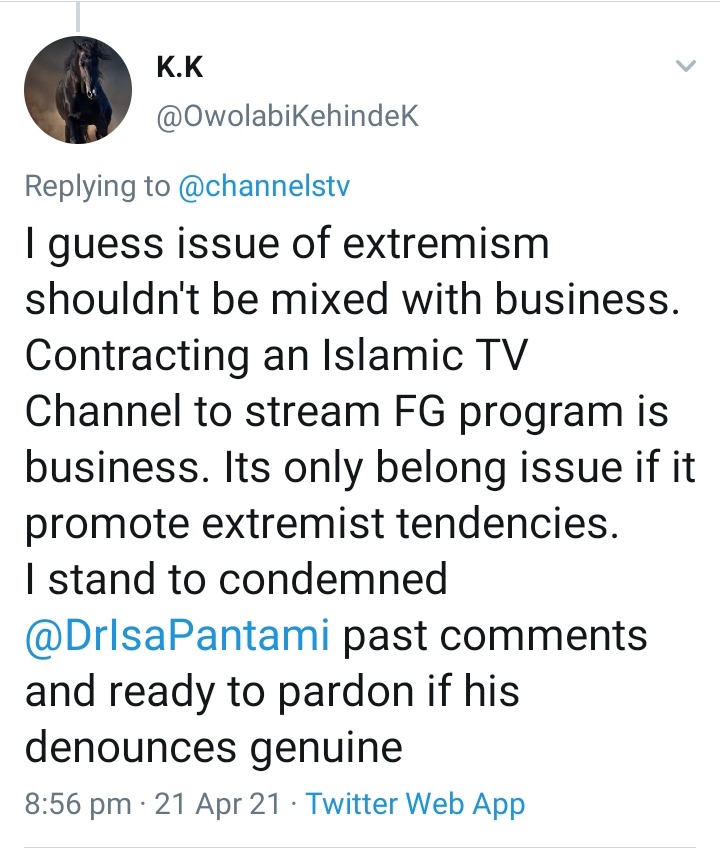 Northern Icon recalled how former President Goodluck Jonathan used to give updates about Nigeria during church service, saying "When Goodluck Jonathan used to give Nigeria update during church service those that makes him a Christian Extremist? During Jonathan must of if not all Nigeria update we only got to hear it during Sunday service. #PantamiMustStay." 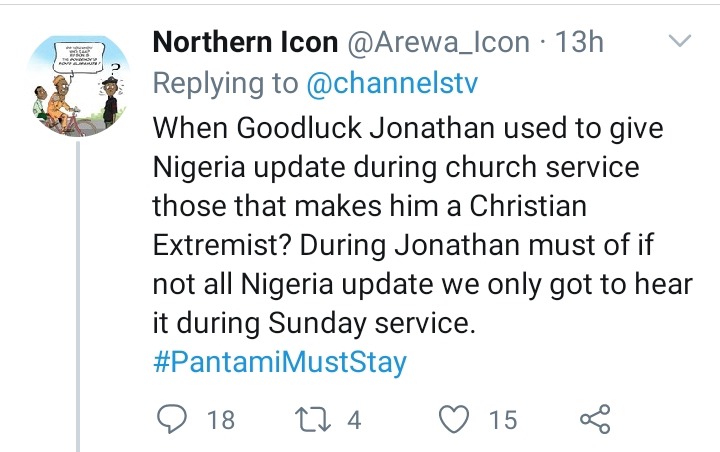 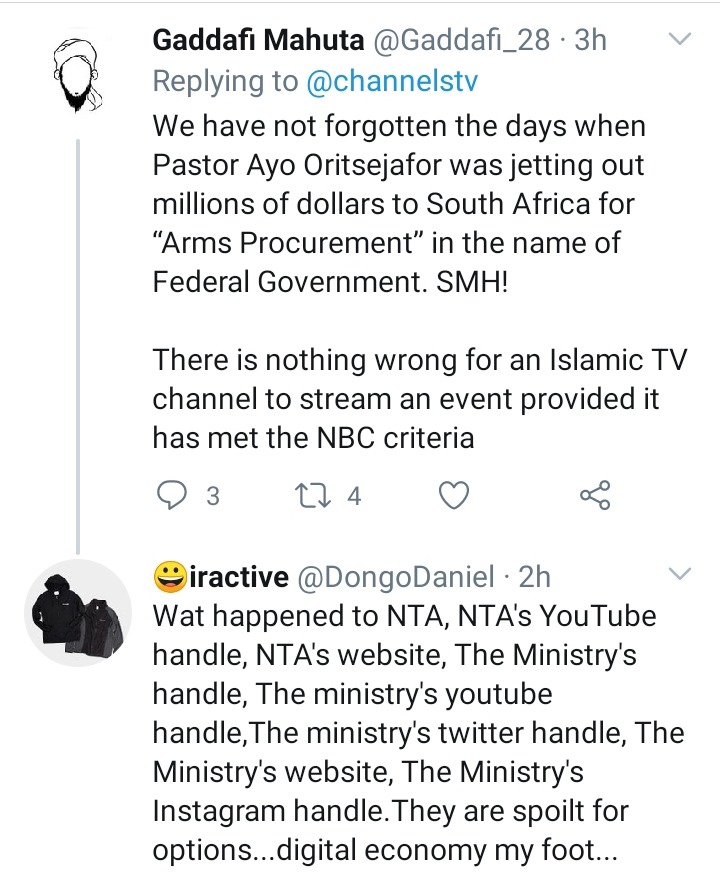 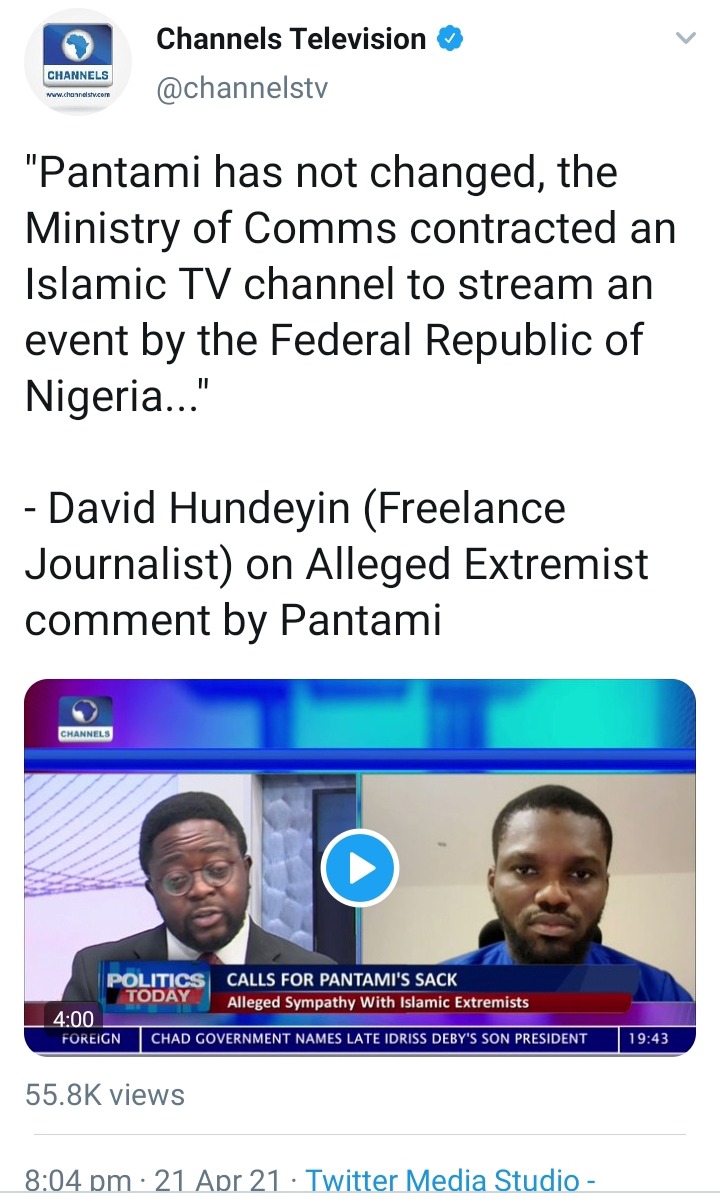 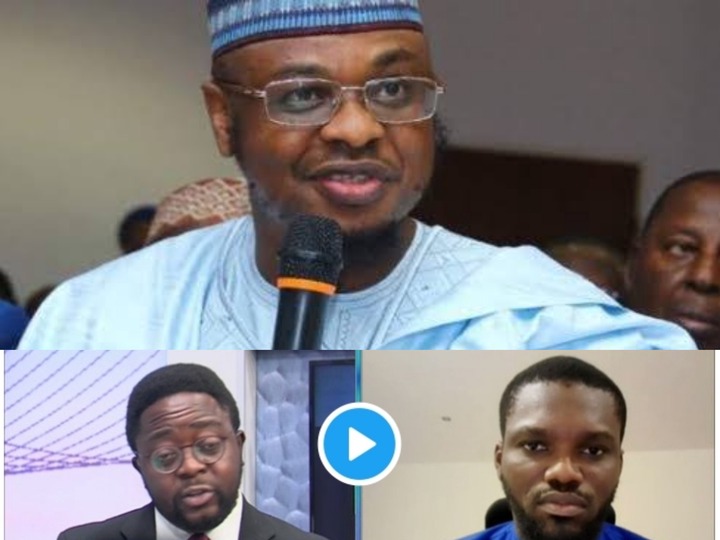 Do you think wrong for the minister to have allegedly contracted an Islamic channel for FG's event if it meets up with the Nigerian Broadcasting Commission criteria? Tell us opinions and do share with others to comment too.

"I Should Be Grateful For Men Chasing Me" - Nigerian Actress, Uche Okoye Brags Online

One killed, 48 suspects arrested and many injured in a violent clash at the Gengere area of mile 12

"I Bought The Gun 80k And Threaten To Kill The Woman With It, Suspect