PRAYER: "King Of Kings, Please, Let Me Obtain Favour From You Today".

This article is for those who desire to obtain favour from God Almighty, the King of kings 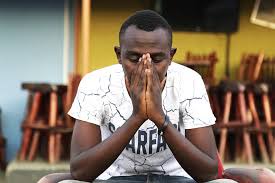 "And it was so, when the king saw Esther the queen standing in the court, that she obtained favour in his sight: and the king held out to Esther the golden sceptre that was in his hand. So Esther drew near, and touched the top of the sceptre." Esther 5:‬2 KJV. By God's grace, the background to this verse tells us that Queen Esther went to her husband, king Ahasuerus (Esther 2:16-18), to request for the king's intervention concerning a decree to destroy the Jews within his kingdom that he had granted Haman (Esther 4:7-8). In Esther 5:2, the Bible said, when the king saw Esther, "... she obtained favour in his sight...", and this is the basis of this massage. If the favour of a human king is so important that Esther had to risk her life to obtain it, then, a person should be ready to do all that it will require to obtain the favour of the "King of kings", God Almighty Himself.

The good news is that, unlike king Ahasuerus, obtaining the favour of God Almighty who is the King of kings is not at the risk of a person's life.

The following are three things that a person needs to do to obtain favour from God Almighty, the King of kings.

Firstly, like Queen Esther did, a person needs to pray and possibly fast, if need be. Esther 4:15-16.

Secondly, if a person has done anything wrong (committed any sinful act), he or she needs to repent of such sin. 2 Chronicles 33:10-13. Sin hinders a person from receiving anything good from God.

Thirdly, be considerate of others. Queen Esther could have decided not to risk her life to go before the king, she could have assumed that as the queen, the king would spare her life, but she did it also, because of her people (all the Jews). Esther 7:3-4. 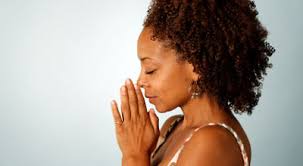 Three reasons why a person needs to obtain favour from God Almighty, the King of kings are:

Firstly, like it happened in the case of Queen Esther and the Jews, it can turn a death decree around. The Jews were permitted to defend themselves and fight for their lives. Esther 8-9.

Secondly, it can make God Almighty set the captive free from captivity. 2 Chronicles 33:10-13.

Thirdly, obtaining favour from God Almighty, the King of kings can lead to promotion for a person. Mordecai, who sat at the king's gate (Esther 5:13), became a man who waxed greater and greater because he obtained the king's favour and he was promoted Esther 9:4. By God's grace, here are few prayer points to help you seek and obtain favour from God Almighty, the King of kings:

1. O God, thank You because You're the King of kings

2. O God, thank You because I don't have to risk my life to obtain favour from You

3. O God, if there is any sin that can hinder me from obtaining favour from You, I repent of it now, in the Name of Jesus

4. King of kings, any negative or evil decree against me, because You're above all, cancel it now, in the Name of Jesus

5. King of kings, because of Your favour upon me, deliver me from any form of captivity in my life, in the Name of Jesus

7. O God, as You promote me from now on, let me never become proud, in the Name of Jesus

8. O God, please, let me never be demoted, in the Name of Jesus.

9. Thank God Almighty, the King of kings, for His expected favourable answer to your prayers.

*May God Almighty, the King of kings, grant you favour today, in the Mighty Name of Jesus Christ.