Check Out These Seven Bible Characters With Photos 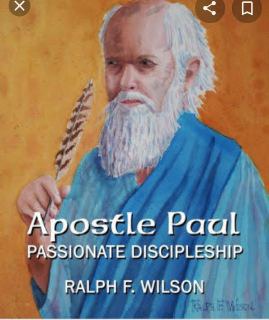 The Apostle Paul is one of the most significant teachers in the New Testament, who authored the largest portion of the New Testament. He was known to be the "Apostle of Faith". His life and letters have been so impactful. Apostle Paul, previously known as Saul was a Pharisee and a persecutor, who later became a preacher and teacher of the Gospel. The prophet Jeremiah was also known as the weeping Prophet because he authored the book of Lamentation. He was the most persecuted prophet in the Bible. He was ordained (not just anointed) by God to be a prophet, and the Lord confirmed that Jeremiah had been separated and chosen by God from his mother's womb. Isaiah himself was referred to as " the prophet" according to the book of Isaiah. He authored the book of Isaiah with 66 chapters, possibly in two periods between 740 BC and 686 BC, separated by approximately 15 years, and the book includes dramatic prophetic declarations of Cyrus the king of Babylon, who was used by God to restore the nation of Israel from the Babylonian exile. Isaiah also prophesied the birth and the death of Jesus Christ. The Apostle Peter was known as the "Rock" and he was the leader of the first set of Jesus followers. He was bold, intelligent, inquisitive, and therefore loved and chosen by Jesus Christ, among the other disciples. Although Peter was rising and falling during the early stage of the journey with Christ, on the day of Pentecost, his life received a permanent change. Moses was a memorable icon in the Bible. He was believed to authored the first five books in the Bible. One special assignment for the Biblical Moses was to lead the Israelites from Egypt to the Canaan land. However, it was unfortunate that he couldn't finish the assignment as expected by God. He died on the way and handed over to Joshua who eventually leads the people of God to the promised land The Father Abraham was generally known to be the "Father of Faith". He married Sarah, a beautiful woman of virtue. One memorable and unique story about Abraham was that he obeyed God and agreed to sacrifice his only son to God. He gave birth to Isaac who fathered Jacob and Esau. Jacob produced the twelve tribes of Isreal, from where Jesus Christ was born.

Hope this article is educative?