Identifying Your Enemy In Spiritual Warfere

By Samtee (self media writer) | 2 years ago 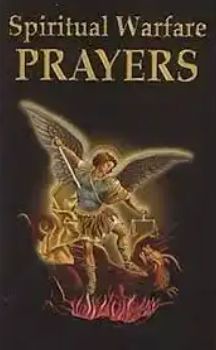 Spiritual warfare is act of fighting against spiritual forces on the Earth.

These force have captured the souls of millions,like the Bible says,the devil has deceived the whole world.

.....And the devil that deceived them was cast into the lake of fire and brimstone, where the beast and the fales prrophet are, and shall be tormented day and night for ever and ever.

4 fact you should know about our battle with the demonic hordes on this Earth.

1.... Our principal enemy is the Satan and not other human beings

He is the leader of the hordes of demonic forces on this Earth, Satan is a powerful being who fell from a glorious estate.

.... You, the bright morning star, have fallen from the sky, you brought down other nations; now you are brought down.

Truelly Satan was brought down, but he was not alone he came down with his demons and he is the source and the giver of power to the demons.

2.... Satan, an intelligent being, has resorted the warfere of deception, tricks and fantastic schemes.

Satab, who is our principal enemy, knows that he does not stand a chance against the might of the church, we re the church.

put on the armour of GOD, that you may sand against the power of the devil.

3.... In order to defeat our enemy, we must know as much as we can about him.

This is one of the most important rules of war this is where secular armies engage in reconnaissance and intelligence work, without this knowledge you will be defeated easily.

4.... Satan has a contagious nature or character which he passes on to his followers.

Knowing the type of enemy you have can gleaned by analysing the eleven (11) names and titles of Satan.

Content created and supplied by: Samtee (via Opera News )