By Isy_vibes (self media writer) | 2 years ago

It is a known fact that when a person’s entire body or part of a person’s dead body does not decompose, the probability or chances of the deceased being a Saint is high and because it defies the laws of nature, people often go spiritual about such events. In this kind of situation, the body can be described as incorruptible and is a proof of purity and exceptional holiness, usually recognized by the Roman Catholic Church. That is why we have Saint Dominic, Saint Iwene Tansi who was a Nigerian and hundreds of other saints. When this occurs, it is rather strange when a person is neither a Saint nor recorded as one. Some of these bodies refused to decay probably due to mummification or cold temperature of the areas where they were kept while other cases remain a mystery yet to be unraveled!

Below are the people whose body didn't decay but was never recorded as saints;

As Europe’s oldest natural mummy living sometime between 3359 and 3105 BCE, Otzi possibly died from a blow to his head but he did not disappear entirely from the earth. Instead, Mother Nature had preserved his body from decomposing with the cold mountain air of Italy’s South Tyrol. His mummification provides a frightening and alarming glimpse into the Copper Age – his clothes were made of grass and leather and he carried an axe, a knife, a quiver and a pocketful of berries. 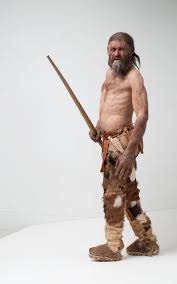 Also called “Lady Dai” was the wife of a nobleman during the Han Dynasty. She died in 163 BCE. When she was discovered in 1971/72, almost 2000 years after her death, after her tomb was unearthed. It was discovered that her limbs could still flex at the joints and her body was so undamaged that traces of ancient blood were still found in her veins. It is not known what caused her body to be in this state but after an autopsy was carried out, scientists concluded that Lady Dai died of heart failure possibly caused by too much intake of fatty food without much needed exercise, considering that she lived a luxurious lifestyle. There have been no signs of either embalming or sainthood. 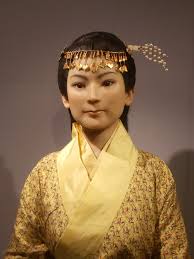 Little Rosalia died at a very tender age of 2 in the year 1920 as a result of pneumonia. Her devastated father called upon an expert embalmer to help keep her around. The combination of alcohol, formalin salicylic acid and glycerin stopped the child’s body from decaying. Rosalia’s corpse is kept deep in the Capuchin Catacombs of Palermo in Sicily. Due to her peaceful expression, visitors call her “Sleeping Beauty”.

John was an English officer who died of complications at age 22 caused by lead poisoning while on an expedition to find the Northwest Passage in1846. He was quietly buried in the barren Tundra of the Canadian Arctic. His makeshift grave was dug up by scientists and they were shocked to see his corpse still intact in 1984, more than a century after he was laid to rest! News of the discovery set the world in disarray – not to mention the freaky and disturbing images of the open-eyed grin frozen to his face. This inspired everything from “Stranger in a Strange Land”, a song by Iron Maiden to a short story, “Wilderness Tips” by Margaret Atwood. 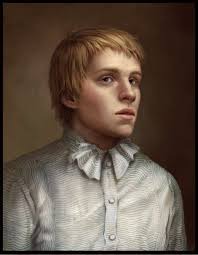 Content created and supplied by: Isy_vibes (via Opera News )