My life experience: See how the charm I was fortified with failed me from age 7 to 18 years

By GOD'SNATURE (self media writer) | 2 years ago

Let me share my life experience about charms with you. I grew up to know that my parents do fortify us with charms so that no evil will come near us but will be diverted away. I was around 7 years old then as I could remember when the charm was done for us, but I reached 18 years old before I realized the effect of the charms on my life. Age 7 to 18 is like a ladder that will lead you to your future carrier, either to further your studies or to learn a particular trade or vocation.

I first noticed the side effect of the charm after I worked for a whole year as a prefect in my primary school. During the day of reward for all the school prefects on the assembly, my name was omitted while others were given prizes and applauded by everybody. 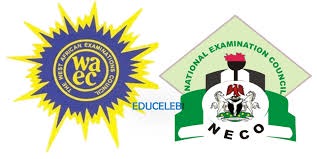 When I wrote my Common Entrance Examination and the results were released, my result was not released then until we searched for it and the result was a good result. When I took it to the secondary school where I was supposed to be admitted, there was no space for me but I was directed to another school for admission.

The same thing occurred again when I wrote the first WASSCE, which I did not see my result till now. After some years, I went back to the school where my admission into junior secondary school was first rejected, to re-sit for another WASSCE years before I could make the result. And this victory manifested after I had broken the power behind the charm in my life through the power of the Lord Jesus Christ.

Just to cut it short, there were some magic performed by the charm power, but I did not know those magic were wrought through the powers in the charms initiated into my body, through incisions made on my forehead. I just thought the manifestations I saw then, were natural not until I gave my life to Jesus. It was then, I realized that those manifestations were as a result of what my parents did to fortify me against evil, but the side effect was costlier than the benefit.

Also, I had a friend whose father was an herbalist. He was fond of boasting about his charm and loved making troubles because he believed the charm will protect him against any attack. But one day he went out as usual for evil activities and never returned alive again. What a wasted life!

Do you know that some of these charms depend on the blood of human beings or the animals for their potency? That's why there are many crimes, including cultism, killing, kidnapping, robbery, etc. among our youths because they depend on blood to empower their blood-sucking charms for their evil activities which usually back-fire at the end and destroy them without remedy.

You’ll not be told the side effect of the power you are being given from the devil; you will only find yourself in one trouble or the other that will lead you to seek for more power. And the deeper you are into it, the more prize you’ll pay. Even if you cannot pay the full prize by yourself, your generation to come will continue paying the debt, either with their glory or with untimely death or something that is more essential to them. Then what is the benefit of what you’ll enjoy for a while and suffer right from earth till eternity?

Imagine, how much more will be the prize of someone who is deeply involved in occultism. The major prize is eternal death in hell fire after the physical death on earth. Nothing free can come from Satan. He will give little fake gift but he will later take much and the best from you.

Please yield to my advice, go and destroy those charms in your body and live your original life.

Don't let anything or anyone scare you with a lie that if you should destroy it, you'll suffer for it. It's a lie from the pit of hell. You only need to come to the source of all powers to re-fortify yourself against any harassment from the devil.

The only way to do that is through the power of the Lord Jesus Christ. Jesus said: "All power is given unto me in heaven and in earth"- Matthew 28:18.

God bless you as you take the step.

Content created and supplied by: GOD'SNATURE (via Opera News )