5 differences between Shia and Sunni, the 2 main branches of Islam.

By RealTideakin (self media writer) | 9 months ago

In Islam, there are two main branches, Shia and Sunni. They are both Muslims and follow teachings of Prophet Muhammad but there are a few dissimilarities between them. 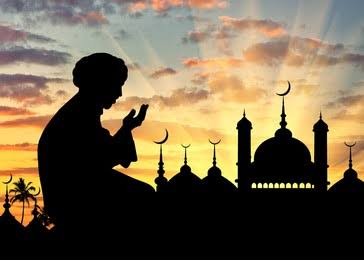 When prophet Muhammad died in 632, he didn't chose anyone to lead Muslim community but the baton fell to Abu Bakr, later to Ali, the prophet Muhammad's son-in-law. Then, later to Ali's son, Hasan and to Husayn. Sunnis believe Abu Bakr was considered and was appointed as first caliph by a group of senior Muslims at Saqifah, to be the first rightful caliph after Muhammad, (Saqifah is a site where after Muhammad's death, some of his companions gathered and elected Abu Bakr)

Husayn's mother, Fatimah bint became center of vocal point to those who believed Ali should have succeeded Prophet Muhammad and not Abu Bakr. Shia Muslims believe prophet Muhammad designated Ali as his successor and the Imam (spiritual and political leader) after him but was prevented from succeeding Muhammad as the leader of all Muslims, as a result of the choice made by Muhammad's other companions at Saqifah.

Here are five major differences between them.

1. Shia consider Ali and leadership after him as Imams and mostly believe in line of 12 imams or Twelver Shia, which last was a boy who vanished in Iraq in the 9th century, and expecting his return as Madhi or Messiah. Madhi is an eschatological redeemer of Islam and the final Imam of the Twelve Imams, who will emerge with Isa(Jesus) in order to fulfil their mission of bringing peace and justice to the world. Sunnis believe in God's power in the material world while Shia value martyrdom and sacrifice.

2. Shia Muslims believe an Imam is pure by nature and authority unquestionable as it comes directly from God. So, they take Imams as saints. Sunnis believe there's no place or basic in Islam to raise a class for any spiritual leader. No need to take anyone as saint. Sunnis believe leadership is not by birthright but trust you need to earn.

4. Shia Muslims believe in Taqiya,which is to be able to deny faith in a great danger like a gun to your head and you are told to deny your faith. Denying your faith in such moment is not against Islam in Shia Islam. The hidden of faith is until the coming of twelve Imams.

5. More than 85% of muslims are Sunnis as Sunnis rulers embarked on massive conquest and extended caliphates to northern Africa and Europe. They predominantly live in Arab world, Pakistan, Indian,Turkey, Bangladesh, Malaysia, Indonesia and many Nigeria Muslims are Sunnis. Shia Muslims are largely in Iran,Iraq and Bahrain. Saudi Royal family practises a conservative Sunni Islam called Wahabbism.