Richard Dawkins was born in Nairobi on March 26, 1941. His father was stationed in Kenya, during World War II, originally Dawkins is a British evolutionary biologist, ethologist, and popular-science writer. Also, a well known Atheist all over the world for those who believe in his school of thought.  He was brought up with a normal Anglican upbringing, until halfway through his teenage years. At the age 15 years which he concluded that the theory of evolution alone was a better explanation for life's complexity, and that was when he decided that believing in religion and God was a kind of restricting him. Dawkins is best known for his popularization of the gene as the principal unit of selection in evolution. Most of his views are clearly set out in one his books The Selfish Gene in 1976 in which he notes that, all life evolves by the differential survival of replicating entities.

For Dawkins, the widespread belief in an afterlife among human cultures is an attempt to comfort those who have lost loved ones and to address our natural desire for survival. Dawkins is a prominent critic of creationism, a religious belief that humanity, life, and the universe were created by a deity without recourse to evolution according to him. 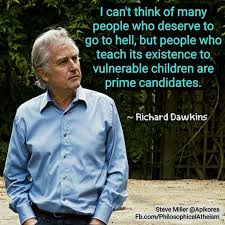 According to Dawkins in his book, "How We Can Outgrow God” he said he wants to encourage people to think for themselves, he has always felt rather passionate about breaking the cycle as each generation passes on its superstitions to the next about the existence of God. He further stated that, If you ask people why they believe in the particular religion that they do, it’s almost always because that’s how they were brought up. 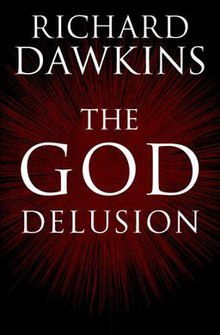 Dawkins in his book "The God Delusion", contends that a supernatural creator(God) almost certainly does not exist and that belief in a personal god qualifies as a delusion, which he defines as a persistent false belief held in the face of strong contradictory evidence. Note: This is Just some selected Quotes from his book tilted "God Delusion" and "How We Can Outgrow God" I will advice you don't take any of these sayings into consideration because there exist GOD. 1. "am against religion because it teaches us to be satisfied with not understanding the world".

2. "The essence of life is statistical improbability on a colossal scale".

3. "We all are atheists about most of the gods that societies have ever believed in. Some of us just go one god further".

5. "The meme for blind faith secures its own perpetuation by the simple unconscious expedient of discouraging rational inquiry".

Note: Be reminded that the existence of God can't debated on, because he do exist.