Pay Whatever You Can Pay And I will Pay It Alone - Pastor E.An Adeboye

By ReflectorHub (self media writer) | 2 years ago 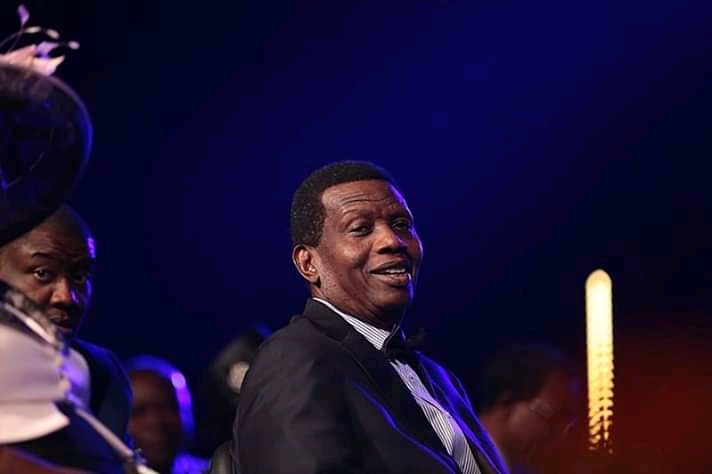 Pay Whatever You Can Pay And I will Pay It Alone - Pastor E.A Adeboye

Pastor E.A Adeboye is one of the reknown man of God in Nigeria and is well known for his simplicity of the heart and honor all around the world as he has been graced by God and blessed also to be able to father other great men of God with massively massive churches and large amount of Followers also, men like Bishop David Oyodepo, Grandfather to Dr. Pastor Paul Enenche, Apostle Johnson Suleman, and so many others like that.

He is the general overseer and not the founder of RCCG world wide with churches all over the world and almost in everywhere in Nigeria.

On this article, we would be sharing with you a testimony of this man of God - Pastor E.A Adeboye on how he also encountered the increase of a depth about God from a man he met once. This article is not to show who is more a giver in the church, but it's to bring a depth of revelation to us on the act of giving out from the abundance of what we have been given by God.

Now let's go and see or read or hear what he said;

He said this while Ministering on the testimony from a man who gives God tithes/offering in millions, probably billions.

I was sitting when a man came up to testify and what he said where so powerful that it challenged everyone in the church that day. He came up and faced the auditorium and said 'everyone should pay their offering and I alone, only me will pay what everyone has paid'. Ah...you can imagine the crowd at then and the way pept started talking Around and murmuring. So the offering bag started going round and people began to put in their offerings, both people that were unwilling to give started giving, people that didn't want to give started giving (laughs). Ah everyone was giving and the church was on giving that day, they gave and gave until... A man even came out and said openly, if you still want to give more please do,,,all these just so to make sure the man didn't have enough to give all that they had gathered. And so all was gathered together and the estimation was made on what was gathered and it was up to about 6 millions dollars,,,Wow, now you can imagine the happiness in the faces of the people and they were almost sure the man would not have enough to cover theirs. And so the man walked up the podium and said this Which was so powerful to me and I listened, he said I started a small business back in the days with just 500 dollars and I promised God that I would give him 90% of all my earnings not 10%. You see, it is how much you give to God that he will bless you back in return. You give 10% you will receive 10, you give more than 10 you get more than 10. There is grace, but there is also principles. 'Give and it shall be given unto you'. Was the man able to pay, yes! (Probably eve more). Now, I met the man and he told me his secret.

Now you see, from this story pastor E.A Adeboye gave it's so powerful and it reveals the dimension of the Giving part of God. Why do you think the blood of Jesus is able to save the whole world from any kind of sin? Well, John 3:16 made it clearly. The thing is we read it everyday, in church, Sunday school,, some of us our children even sing songs with them, but we never pay attention to get it and to understand. See how far God went to save the world and how much he gave, why won't he get much in return? The bibles saysa according to that verse 'for God so love the world that he gave his only begotten son'. Now let's pick a few lesson here now

4) his only begotten son

Anything you surely love, you will absolutely give your time and your all for.

See how far God went for our sake and the Bible says he soo ..love the world, the world and not just the isrealite, not the cannanites, the world not only white people, not only black people, but the world. That means the blood of Jesus was so much in measure and even more than able enough to contain the whole world otherwise I don't think he would be allowed to die for it. So he was equivalent to the whole world.

God gave, yes! God do also give. He gave his son, after his son, the holy Spirit, he gave gifts too, he gave so much and so many things,,why won't he get results. It is how much you put in what you're doing that it will yield, you don't give it much, you would get much. Simple mathematics 1+1=2 the more the number, the more the results. And lastly, his only son, big sacrifice, big results.

I show you an example, Solomon. Solomon gave to God so much that God asked him, what do you want. You cannot give God big and receive small in return, never. I tell you, BELIEVE it. How much you can give will result to how much you will receive. When you want to buy bread or cook food, you have to go for the good big one, and you spend more money than getting a small one. Hiu pay more, you get more. That's the law.

My prayers for someone Following this today is that the Lord will supply you with the capacity to be able to give more in the name of Jesus!!

Blessed by this message or article?

Kindly share with friends to also be a blessing to them

Until our next article or message, remember we so appreciate and love you! Pay Whatever You Can Pay And I will Pay It Alone - Pastor E.A Adeboye

Content created and supplied by: ReflectorHub (via Opera News )