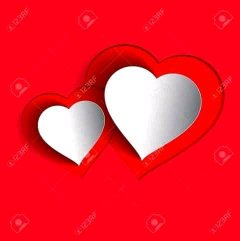 Presbyterian Church was founded by a great Man of valor called 'Calvin' The life story, career, death and impact of Calvin will be read in my article. Enjoy reading.

Calvin was born on July 10, 1509, in Noyon, France. In Franch, his name was Jean Calvin or Cauvin. His parents were middle class. His father worked for a Bishop. From 1528 to 1531, Calvin went to law school, during the time he became involved in a movement to reform the Catholic Church. The Catholic Church encouraged people to do good works and to perform rituals in order to get to heaven. The reformers thought that God alone decide who went to heaven.

In 1533, Calvin moved to Switzerland, where he studied religious ideas, especially those of a German priest named Martin Luther. Luther has started the Protestant Reformation to change the Catholic Church. Luther believed that the church was too powerful, Calvin soon rejected catholism too. Now a Protestant, he began writing down the believe of his faith

The first edition of Calvin's institute of the Christian religion was published in 1536. In the book, Calvin explained his move away from catholism. He latter changed the book many times to add and to explain ideas. The book was one of the first important works to discuss the ideas of Protestantism.

Calvin became well known and moved to Geneva, Switzerland. He worked with other leaders to convert the town to Protestant beliefs. Calvin also made Geneva's leader follow his ideas about government. He thought government should make law based on religion. Geneva eventually became one of the centers of early Protestantism.

Calvin died in Geneva on May 27, 1564. after Calvin's death, his followers, called Calvinists, spread his ideas across Europe. Many rulers furnished Calvinists, but people continued to convert from catholism. Some of Calvin's followers in England brought Calvinism to North America in 17th Century. Today, many people view Calvin as the father of several Protestant churches, including the reformed and Presbyterian Churches

Thanks for reading, you can also reach me by commenting on the article

Content created and supplied by: Babalode1 (via Opera News )