Muslims obligations In times of calamities

By ibnislam (self media writer) | 2 years ago

MUSLIM OBLIGATION IN TIMES OF CALAMITIES

What is the obligation upon the Muslim scholars with regard to facing the trials and calamities that have befallen the world?

There is no doubt that sins, in both statements and actions, as well as being far removed from the correct Islamic beliefs (aqeedah), are from the greatest causes of bringing about the various crisis and calamities that have befallen the Muslims. Allaah the Mighty and Majestic said:

Allaah, the Most Perfect, the Most High, also said: And whatever of misfortune befalls you, it is because of what your hands have earned. Yet He pardons much. [Soorah ash-Shooraa 42:30] 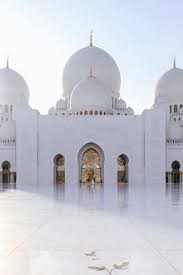 Indeed Allaah is most forgiving and most merciful to His servants, sending to them clear signs and warnings in order that they may turn back to Him in sincere repentance (tawbah) so that He may forgive them. When a person turns to Allaah and draws closer to Him by an arms length, Allaah draws closer to him by two arms length. For indeed, Allaah the From Exalted loves those of His servants that turn to Him in repentance and is pleased with that, whilst He, the Majestic, the Most High, remains absolutely self-sufficient from His servants; the obedience of the obedient does not benefit Him, and the sins of the sinful do not harm Him. But He is most kind, ever merciful to His servants, and He grants them the ability to do acts of obedience and to leave acts of disobedience.

These crises and calamities are none other than a warning to His servants, in that they should turn back to Allaah in repentance and obedience. He makes this known to them by way of trying and testing them, as Allaah the Most High said: And certainly We shall test you with something of fear, hunger, loss of wealth, lives and fruit. But give glad tidings to those who patiently persevere; those who, when afflicted with a calamity, say: Indeed to Allaah we belong, and to Him shall we return. They are those for whom there are blessings and forgiveness from their Lord, and His Mercy. It is they who are the guided-ones.[Soorah al-Baqarah 2:155-157]

Evil has appeared on the land and the sea because of what the hands of men have earned. That Allaah may make them taste a part of that which they have done, in order that they may turn back from disobedience. [Soorah Room 30:41]

And We shall test you by way of evil and good, and to Us will you return. [Soorah al-Anbiyaa 21:35] And We tested them with good blessings and evil calamities, in order that they may return [to obedience]. [Soorah al-Araaf 7:168]

And there are many other verses which carry a similar meaning. 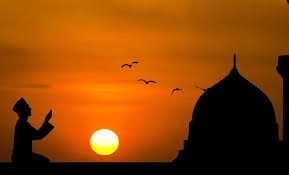 So the obligation upon the leaders of the Muslims the scholars, rulers, and the world is to concern themselves with the various afflictions and calamities that occur, to remind and admonish the people, explaining to them what they have fallen into. Also, those in authority, from the scholars and the rulers, should set an example of righteous conduct and should discuss the reasons as to why Allaah is angered and exacts retribution; and they should seek to cure this by repenting to Allaah, seeking His forgiveness and correcting their affairs. The rest of the ummah will then follow them in this, since the guidance of the scholars and the wisdom of the rulers - and both being correct and upright - has a tremendous effect with regards to the fulfillment of responsibilities.

The Prophet sallallaahu alayhi wa sallam said: Each of you is a guardian, and is responsible for those whom he is in charge of However, when the Muslims become accustomed to sinning and become content with it and if those who wield authority and power do not try to prevent them, then Allaahs anger will quickly descend upon the ummah When His anger occurs and Reported by al-Bukhaaree (13/100 - with al-Fath) and Muslim (no.1829)

from Umar ibn al-Khattaab radiallaahu anhu His punishment takes place, it covers both the sinful and the obedient; and Allaahs protection is sought from this. About this Allaah the Most High said:

And beware of the trial and discord that does not affect in particular only those amongst you who are wrong-doers. [Soorah al-Anfaal 8:251

Likewise, the Prophet sallallaahu alayhi wa sallam said: When the people see an evil and they do not try to change it, then Allaah will cover them all with humiliation from Himself

Allaah the Exalted said: Indeed, Allaah will not change the condition of a people until they change themselves. [Soorah ar-Rad 13:11]

Allaah the Exalted explains in this noble verse that He never changes the blessings and well-being of a people unless they change themselves by turning away from the obedience of Allaah, the Mighty and Majestic. So the meaning [of the verse] is, that the blessings which a nation receives will not be removed from them unless they change what they are upon with regards to obedience and righteous action. This meaning has been explained at another place; such as His saying:

The scholars will be thoroughly questioned in front of Allaah with regards to giving knowledge and guidance to the people and explaining to them what is correct and what is wrong, and also clarifying the beneficial from the harmful. We ask Allaah that He grants and favors all the Muslims with the ability to be obedient to their Lord, to cling to the guidance of their Prophet Muhammad sallallaahu alayhi wa sallam, that He grants their leaders the ability to fulfil their duties, that He teaches their scholars the ways of guidance so that they may all traverse its path and direct the ummah to it, that He guides those Muslims who are misguided and corrects their affairs. Indeed, He is the Guardian of this, the One having power to do this.

bestowed upon a people until they change themselves. [Soorah al-Anfaal 8:53]

And His saying: And whatever of misfortunes befalls you, it is because of what your own hands have earned. Yet Allaah pardons much. [Soorah ash-Shooraa 42:30]

So in the noble verse: until they change themselves, there is an affirmation that if only some people were to change themselves; as occurred on the day [of the battle] of Uhud, when the archers changed themselves - then because of it, all of them could be struck with a calamity. The Prophet sallallaahu alayhi wa sallam was once asked: Would we be destroyed, even though there are righteous people amongst us? He replied: Yes, when evil becomes widespread. And Allaah the Exalted knows best.

Content created and supplied by: ibnislam (via Opera News )