Rev Esther Ajayi Explains Why Pastor Adeboye, Others Wore Their Shoes Into Her C&S Church

Founder of the Love of Christ Generation C&S Church, Reverend Mother Esther Ajayi, has reacted to criticism following the dedication of her church which took place last week in Victoria Island. 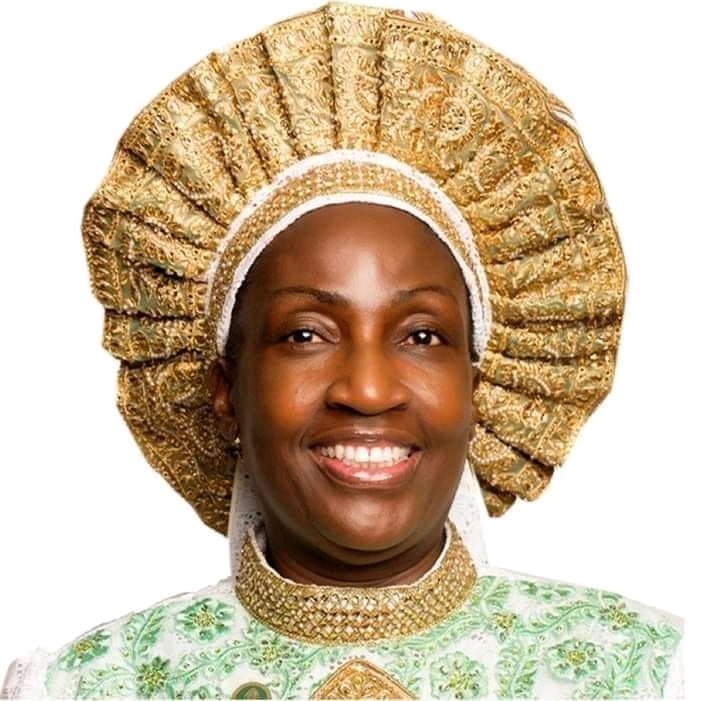 Mother Esther who was attacked by some members of C&S churches for allowing pastor Adeboye, the General Overseer of the Redeemed Christian of Church, RCCG and other dignitaries to wear their footwear into her newly constructed C&S Church during its dedication, said she was not out to change the laid down doctrines of the Cherubim and Seraphim church.

Act of Seraph, a publication of the church, reported that Mother Ajayi, as she's popularly called, made the statement while Speaking during the 96th Anniversary of the C&S Church that was held at Seraphim Land, Maba, Ogun State.

Reverend Ajayi, who is also a prophetess of C&S worldwide, was reported to have said that what happened during the dedication programme of her church was beyond her control and there was nothing she could do about it.

She said that Celestial Churches had been sidelined as a church, and all that she was doing with God on her side was to correct that. She said she was not happy that visitors will join them during vigil and after receiving answers to their prayers, they will go somewhere else to give testimony.

Mother Ajayi who describes the act as cheating explained that it does not speak well of them as a church. 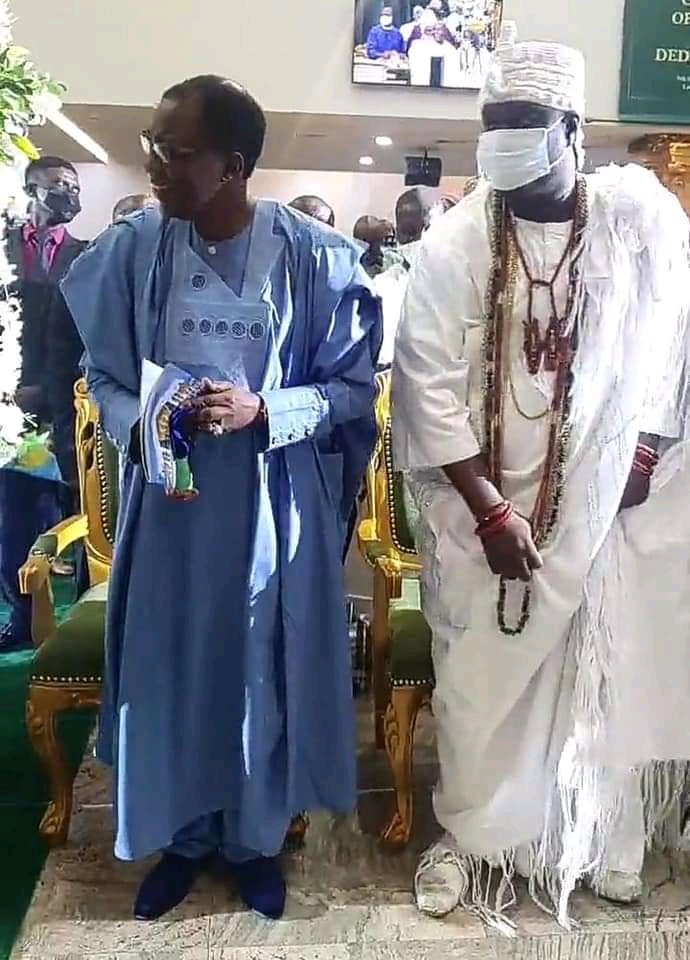 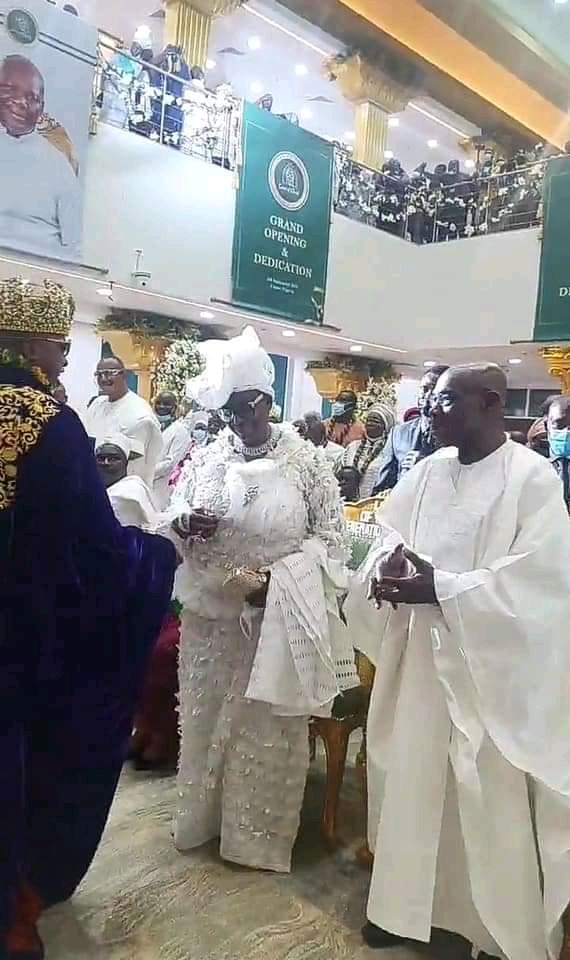 Dignitaries during the church dedication

"I don't want to dwell on the footwear issue. How do I control about 10,000 people who want to come and honour God? And it's everybody that wants to enter at the same time. Do I somersault on them? When about twenty traditional rulers sat down. Even me that invited them had entered midway into the church before I realized that I was still on my footwear. It was inside the church that I had to remove it to give to someone.

"There is an Ayo Ni o at Sabo; when they have a special occasion, they allow footwear and they sanctify the place when people have left. That does not chase God from their midst. This does not mean that I am encouraging such practice. But there are days that God gives such grace. He is a merciful God," she stated.

"But when they come, identify with us and extend their goodwill to us, then we can go ahead and sanctify our church when they are gone, and God will continue to answer our prayers," she was quoted to have said.

Acts of Seraph further noted that Prophetess Ajayi was not happy with her critics for turning their eyes away from the good things God had been doing through her, but chose only to see where people used footwear. She counselled those who indulge in maligning her to desist from it and accept the reality of what God had sent her to do.

On why she gave pastor Adeboye the podium to preach wearing his footwear, she said the elders of the church should see it as a thing of joy that it was happening in their lifetime. She urged them to be happy that they invited pastor Adeboye and he honoured their invitation. 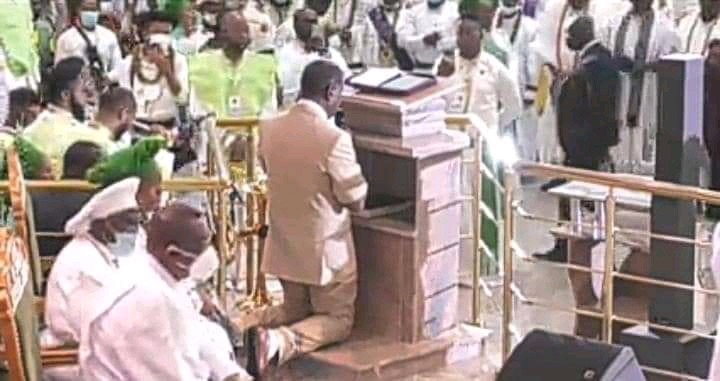 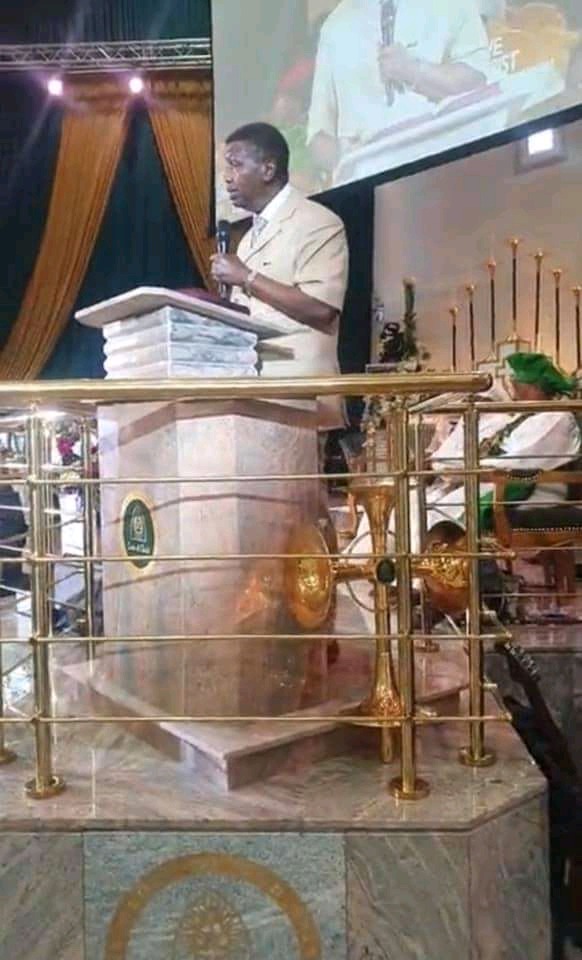 "Baba Adeboye is a renowned preacher around the globe. We called him and he honoured our invitation. This should be a thing of joy, especially to the elders that they witnessed it in their lifetime, " she said. 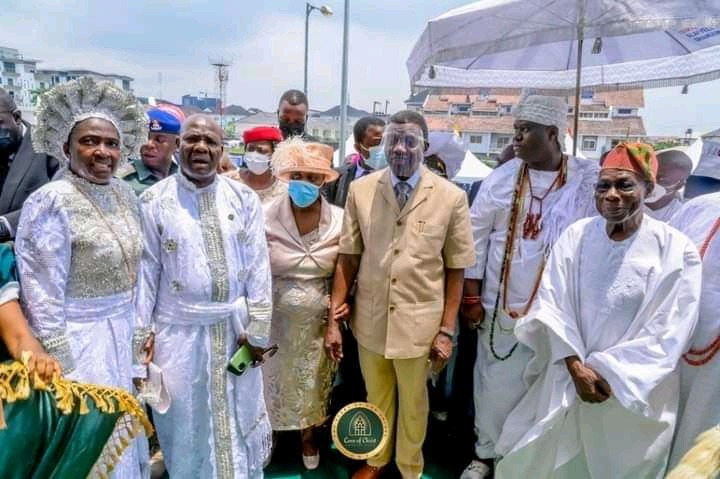 It was gathered that she used the opportunity to apologise to the Supreme Head of the Church, His Most Eminence Prophet Solomon Adegboyega and appealed to him not to let anyone pollute his mind concerning what had happened, but to rather stand on the rock of Christ. She told him to be thankful that the new developments in the church are happening during his time.