The festive period is here! Billions of people around the world celebrate Christmas and New year to mark the birth of Jesus Christ and usher in the New Year. Muslims do no participate in these festivals as many think it’s an act of worshiping an Idol.

Although, the followers of Islam believe in Jesus Christ only as a prophet, but they don’t believe in him as the son of God nor did they believe he was crucified on the cross of Calvary. Here are top reasons why Muslims do not celebrate Christmas

1. Christmas is a Pagan Festival

Muslims likens those who celebrate Christmas as “Shirk” meaning “associating partner with God”, because they believe that December 25 was previously a day used to worship a Roman god and not originally the birthday of Christ

According to a Roman almanac, the Christian festival of Christmas was celebrated in Rome by AD 336, The reason why Christmas came to be celebrated on December 25 remains uncertain, but most probably the reason is that early Christians wished the date to coincide with the pagan Roman festival marking the "birthday of the unconquered sun" (natalis solis invicti); this festival celebrated the winter solstice, when the days again begin to lengthen and the sun begins to climb higher in the sky.

The traditional customs connected with Christmas have accordingly developed from several sources as a result of the coincidence of the celebration of the birth of Christ with the pagan agricultural and solar observances at midwinter.

2. There are only 3 Festival Celebrations in Islam

Muslims only celebrate festivals like Eid-il-Fitri (After Ramadan fast), Eid-il-adha (Popularly known as Ileya of festival of sacrifice) and the weekly “Eid” which is Friday.

Any other festivals according to the three mentioned above are considered as idol worshiping or innovation.

The Christian celebration of Christmas is regarded as an innovative celebration. And it is not permissible for the Muslims to imitate Christians in that, and Jesus had nothing to do with it.

The biggest reason for the non celebration of Christmas by Muslims is that Prophet Muhammad said: “Whoever imitates a people is one of them.” 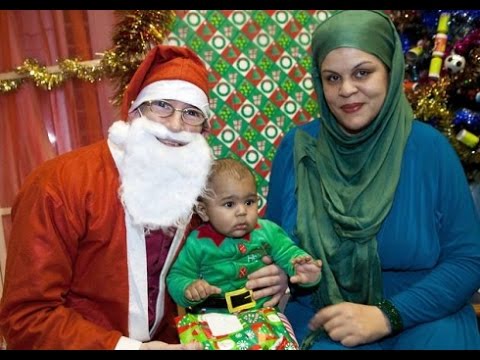 3. Muslims Have a Separate New Year.

The Muslims follow the Islamic calendar to make important decisions like; when to know the beginning and end of Ramadan fast, time for Hajj (Holy Pilgrimage in Mecca) and many other things. And according to the Islamic calendar, this year’s Islamic New year was already on August 31st, 2019. Which is equivalent to the Ist of Muharram, 1441AH. Although, Some Muslims, regardless of this still celebrate Christmas because they believe every festivity should be celebrated. While other do that because they come from a family of mixed religious background. However, those who do not celebrate it will not’

1.   Answer you when you greet them “Merry Christmas”

3.   Will not participate in any activities as related to Christmas Celebration.

If you're a Muslim, what do you think about Christmas celebration?

If you're a Christian, do you also participate in Eid celebration?

What You Need To Know About Fabric Texture

Tips To Styling Your Denim Jacket

6 Hollywood Actors Who Changed Their Appearances For Movie Roles