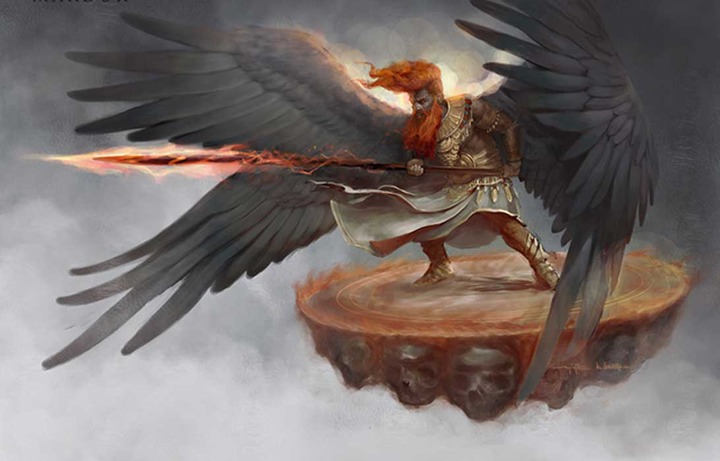 Most people have heard of Zeus, Odin, or Jupiter, but not many have heard of Marduk. Born to the mother and father of all Babylonian gods, Marduk clawed his way to the top becoming the head of the Babylonian Pantheon. He fought against his mother and father to help mankind hold back the forces of chaos, his likeness brought both peace and pestilence to the lands surrounding Babylon, and he even helped the Jews rebuild their temples in biblical times. The memory of Marduk should live on alongside Zeus, Odin, and Jupiter as he too was certainly the king of the gods.

The Origins of a God

Pronounced Marutuk, Marduk is the ancient Mesopotamian patron deity of the city of Babylon; his name means “bull calf of the sun”. In the 18th century BC, Marduk began to rise to the position of head of the Babylonian pantheon and was fully recognized as such by the second half of the second millennium BC. He is often associated with the planet Jupiter, water, vegetation, judgements, and magic.

He is the son of Ea (Enki) and Damkina, and his consort was the goddess Sarpanit. His father, Ea, recognized Marduk’s superiority and handed over control of humanity. Marduk also took over the godly traits of Ea, making him the god of magic.

In the early 19th century BC Babylon became an independent city, yet it was overshadowed by more powerful Mesopotamian states such as Isin, Larsa, and Assyria. In the 18th century BC, Babylon grew in power and with it the cult of Marduk also gained influence, thus marking his triumph over Enlil (god of the former Mesopotamian states) and solidifying his place as head of the Babylonian pantheon. 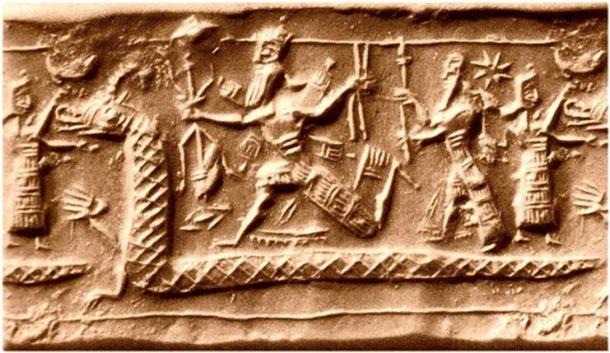 Enûma Elish and the Battle of Marduk and Tiamat

“Enûma Elish ” was written in the 18th century BC to recount the glorious rise of Marduk to power beginning with his birth, his heroic deeds, and finishing with how he became ruler of the gods. The document tells the story of a civil war between the gods. Apsu (the god of fresh water and the father of the gods) decided to kill his children, the younger gods, at the advice of his advisor. Tiamat (the goddess of salt water and creation, the consort of Apsu, and mother of the gods) revealed this plot to Ea (son of Apsu and Tiamat), who killed his father. This threw Tiamat into a rage and she began to kill her children.

The younger gods were in search of one amongst them who could defeat the gods that were rising against them. Marduk answered this call and was promised the position of ruler of the gods if he was successful. To prepare for battle he gathered his weapons and filled his body with flames. He made a net to encircle Tiamat and called upon the four winds to entrap her. Marduk and Tiamat faced one another in single combat and Marduk won by piercing her belly with an arrow. Next, he defeated Kingu (leader of Tiamat’s army) and freed mankind from carrying the burdens of life. Thus, humans joined forces with the gods to hold back the forces of chaos and to maintain order in the world.

Marduk and The Bible

After Cyrus the Great of Persia was captured in Babylon, he reversed the policies of his predecessor, who had destroyed many temples. He restored local religious cults in the countries that he controlled and provided funds for the rebuilding of temples. In the bible, he is credited with allowing the Jews to return to Jerusalem and rebuild the temple of Yahweh. It is believed, by Cyrus himself, that this act was inspired by Marduk. In Cyrus’ own records, credit is given to Marduk rather than Yahweh. The act was memorialized in the “Cyrus Cylinder”, found in 1879 in Babylon: 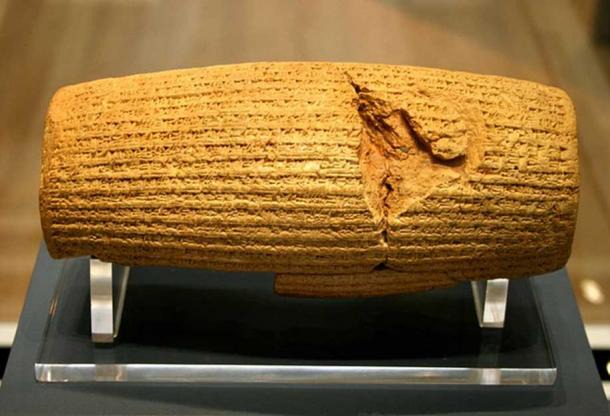 “Marduk, the great Lord, established as his fate for me a magnanimous heart of one who loves Babylon, and I daily attended to his worship... I returned the images of the gods, who had resided there [in Babylon], to their places; and I let them dwell in eternal abodes. I gathered all their inhabitants and returned to them their dwellings... at the command of Marduk.”

However, in the Book of Isaiah it is Yahweh that is given credit for inspiring Cyrus:

I will raise up Cyrus in my righteousness:

I will make all his ways straight.

He will rebuild my city

Well, of course, this is the opinion of some scholars and is not a reflection of the actuality of the events in the Bible.