Biblical Perspective : Women Who Were Responsible For The Downfall Of Their Husbands And Lessons To Draw From Them

By Prayerchannel (self media writer) | 10 days ago 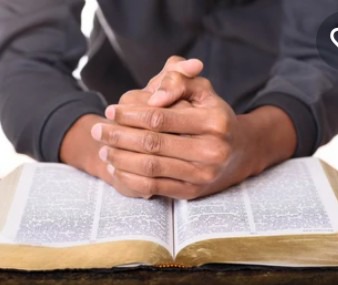 Woman are indeed weaker vessels because it took God just a rib of a man to make a woman. Therefore, women are easily prone to temptations, thereby causing the downfall of their husbands.

The first woman, according to the Holy Bible who caused the downfall of her husband was Eve. She gave her husband, Adam, forbidden fruit to eat, which led to the downfall of the first man created by God. After both of them ate the forbidden fruit, the glory of God departed from their lives, they were chased out of the garden of Eden and they had to suffer, tilled the ground before they could eat, sorrow, affliction and death came upon them as penalties for what Eve had caused.

Another woman that also responsible for the downfall of his husband is Delilah, Samson's wife. She conspired against the enemies of her husband, Samson, and as a result, Samson's eyes were removed and he died prematurely along with his enemies.

Jezebel was another woman in the Bible that caused the downfall of his husband, King Ahab. Jezebel caused Ahab to worship idol against the commandments of God which says, "Thou shall not have or worship other gods than Me," Jezebel pushed King Ahab into different crimes, She killed Naboth and took over his vineyard. Mind you, at the end of their lives, the judgement of God came upon them, they were killed, dogs licked their blood and ate their flesh in the street of Jezreel.

Another woman who caused the downfall of her husband wa Sapphire, she colluded with her husband to deceive Peter by telling lies. They sold certain plots of land and kept part of the money for their personal used but when Ananias got to Peter to deliver the money, he said that was all the money that they realized from selling their land, but the spirit of God told Peter that he was telling lies, infact, without beating the bushes, the judgement of God came upon him, he fell down and died. No sooner He died than his wife came in and Peter confirmed from her if it was the exalt money her husband brought him, she too told lies to cover his husband, at last, the judgement of God came upon her, she fell down and died.

The derivable lessons from the above case studies are :

1. Wives should be good partners in progress to their husbands.

2. Wives should not allow devil to use them for the downfall of their husbands.

I pray that you will be of good partner to your spouse, in the name of Jesus Christ.