Do Catholics pray to dead Saints?

By MarcellaAgnes (self media writer) | 2 years ago

Here's another interesting topic. Long but it's worth reading

The historic Christian practice of asking our departed brothers and sisters in Christ—the saints—for their intercession has come under attack in the last few hundred years. Though the practice dates to the earliest days of Christianity and is shared by Catholics, Eastern Orthodox, the other Eastern Christians, and even some Anglicans, it still comes under heavy attack from many within the Protestant movement that started in the sixteenth century.

Can Saints hear us?

Some might try to argue that in this passage the prayers being offered were not addressed to the saints in heaven, but directly to God. Yet this argument would only strengthen the fact that those in heaven can hear our prayers, for then the saints would be aware of our prayers even when they are not directed to them!

One mediator between God and Man

Another charge commonly levelled against asking the saints for their intercession is that this violates the sole mediatorship of Christ, which Paul discusses: “For there is one God, and there is one mediator between God and men, the man Christ Jesus” (1 Tim. 2:5).

But asking one person to pray for you in no way violates Christ’s mediatorship, as can be seen from considering the way in which Christ is a mediator. First, Christ is a unique mediator between man and God because he is the only person who is both God and man. He is the only bridge between the two, the only God-man. But that role as mediator is not compromised in the least by the fact that others intercede for us. Furthermore, Christ is a unique mediator between God and man because he is the mediator of the New Covenant (Heb. 9:15, 12:24), just as Moses was the mediator (Greek mesitas) of the Old Covenant (Gal. 3:19–20).

The intercession of fellow Christians—which is what the saints in heaven are—also clearly does not interfere with Christ’s unique mediatorship because in the four verses immediately preceding 1 Timothy 2:5, Paul says that Christians should intercede: “First of all, then, I urge that supplications, prayers, intercessions, and thanksgivings be made for all men, for kings and all who are in high positions, that we may lead a quiet and peaceable life, godly and respectful in every way. This is good, and pleasing to God our Savior, who desires all men to be saved and to come to the knowledge of the truth” (1 Tim. 2:1–4). Clearly, then, intercessory prayers offered by Christians on behalf of others is something “good and pleasing to God,” not something infringing on Christ’s role as mediator.

Sometimes Fundamentalists object to asking our fellow Christians in heaven to pray for us by declaring that God has forbidden contact with the dead in passages such as Deuteronomy 18:10–11. In fact, he has not, because he at times has given it—for example, when he had Moses and Elijah appear with Christ to the disciples on the Mount of Transfiguration (Matt. 17:3). What God has forbidden is the necromantic practice of conjuring up spirits. “There shall not be found among you any one who . . . practices divination, a soothsayer, or an augur, or a sorcerer, or a charmer, or a medium, or a wizard, or a necromancer. . . . For these nations, which you are about to dispossess, give heed to soothsayers and to diviners; but as for you, the Lord your God has not allowed you so to do. The Lord your God will raise up for you a prophet like me from among you, from your brethren—him you shall heed” (Deut. 18:10–15).

God thus indicates that one is not to conjure the dead for purposes of gaining information; one is to look to God’s prophets instead. Thus, one is not to hold a seance. But anyone with an ounce of common sense can discern the vast qualitative difference between holding a seance to have the dead speak through you and a son humbly saying at his mother’s grave, “Mom, please pray to Jesus for me; I’m having a real problem right now".

Praying to Saints: Overlooking the obvious

Some objections to the concept of prayer to the saints betray restricted notions of heaven. One comes from anti-Catholic Loraine Boettner:

“Let any priest or layman try to converse with only three people at the same time and see how impossible that is for a human being. . . . The objections against prayers to Mary apply equally against prayers to the saints. For they too are only creatures, infinitely less than God, able to be at only one place at a time and to do only one thing at a time.

“How, then, can they listen to and answer thousands upon thousands of petitions made simultaneously in many different lands and in many different languages? Many such petitions are expressed, not orally, but only mentally, silently. How can Mary and the saints, without being like God, be present everywhere and know the secrets of all hearts?” (Roman Catholicism, 142-143).

If being in heaven were like being in the next room, then of course these objections would be valid. A mortal, unglorified person in the next room would indeed suffer the restrictions imposed by the way space and time work in our universe. But the saints are not in the next room, and they are not subject to the time/space limitations of this life.

This does not imply that the saints in heaven therefore must be omniscient, as God is, for it is only through God’s willing it that they can communicate with others in heaven or with us. And Boettner’s argument about petitions arriving in different languages is even further off the mark. Does anyone really think that in heaven the saints are restricted to the King’s English? After all, it is God himself who gives the gift of tongues and the interpretation of tongues. Surely those saints in Revelation understand the prayers they are shown to be offering to God.

Some may grant that the previous objections to asking the saints for their intercession do not work and may even grant that the practice is permissible in theory, yet they may question why one would want to ask the saints to pray for one. “Why not pray directly to Jesus?” they ask.

Since the practice of asking others to pray for us is so highly recommended in Scripture, it cannot be regarded as superfluous on the grounds that one can go directly to Jesus. The New Testament would not recommend it if there were not benefits coming from it. One such benefit is that the faith and devotion of the saints can support our own weaknesses and supply what is lacking in our own faith and devotion. Jesus regularly supplied for one person based on another person’s faith (e.g., Matt. 8:13, 15:28, 17:15–18; Mark 9:17–29; Luke 8:49–55). And it goes without saying that those in heaven, being free of the body and the distractions of this life, have even greater confidence in and devotion to God than anyone on earth.

Also, God answers in particular the prayers of the righteous. James declares: “The prayer of a righteous man has great power in its effects. Elijah was a man of like nature with ourselves and he prayed fervently that it might not rain, and for three years and six months it did not rain on the earth. Then he prayed again and the heaven gave rain, and the earth brought forth its fruit” (Jas. 5:16–18). Yet those Christians in heaven are more righteous, since they have been made perfect to stand in God’s presence (Heb. 12:22-23), than anyone on earth, meaning their prayers would be even more efficacious.

Of course, we should pray directly to Christ with every pressing need we have (see John 14:13–14). That’s something the Catholic Church strongly encourages. In fact, the prayers of the Mass, the central act of Catholic worship, are directed to God and Jesus, not the saints. But this does not mean that we should not also ask our fellow Christians, including those in heaven, to pray with us.

Not only do those in heaven pray with us, they also pray for us. In the book of Revelation, we read: “[An] angel came and stood at the altar [in heaven] with a golden censer; and he was given much incense to mingle with the prayers of all the saints upon the golden altar before the throne; and the smoke of the incense rose with the prayers of the saints from the hand of the angel before God” (Rev. 8:3-4).

And those in heaven who offer to God our prayers aren’t just angels, but humans as well. John sees that “the twenty-four elders [the leaders of the people of God in heaven] fell down before the Lamb, each holding a harp, and with golden bowls full of incense, which are the prayers of the saints” (Rev. 5:8). The simple fact is, as this passage shows: The saints in heaven offer to God the prayers of the saints on earth. 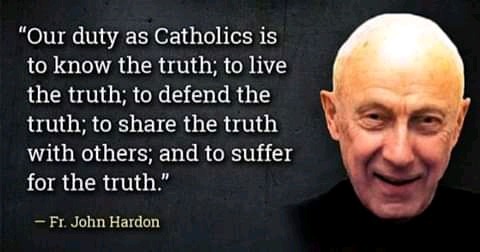