By DONSIMONAC (self media writer) | 1 year ago 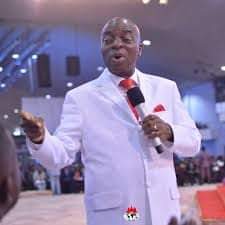 Before I will let you know the reasons why I will like to prove the pastor David Oyedepo when I become the president of the Federal Republic of Nigeria.

It is good for me to first and foremost, tell you who is pastor David Oyedepo. After then, you will definitely see my reasons for that.

On September 27, 1954, David Olaniyi Oyedepo was born in Osogbo, Nigeria, but is a native of Omu-Aran, Irepodun Local Government Area of Kwara State.

He was raised in a mixed religious family. His father, Ibrahim, was a Muslim healer. His mother, Dorcas, was a member of the Holy Order of the Cherubim and Seraphim Movement Church(C & S), a branch of the Aladura movement in Nigeria.

Oyedepo was "born again" in 1969, through the influence of his teacher, Betty Lasher, who took an interest in him during his high school days.

He studied architecture at the Kwara State Polytechnic, Ilorin and worked briefly with the Federal Ministry of Housing in Ilorin before resigning to concentrate on missionary work.

Oyedepo received a PhD, in Human Development from Honolulu University, Hawali, US.

According to him, he received a mandate from God through an 18-hour vision in May 1981, to liberate the world from all oppression from the devil through the preaching of the word of faith.

This is the inaugural vision that led to the founding of the Living Faith Church World Wide (LFCWW), first called Liberation of Faith Hour Ministries, in 1981. Living Faith Church (AKA Winners Chapel International) started in Kaduna but moved to Lagos, the former capital of Nigeria in July 1989, to start a new branch of the church after Oyedepo claimed to have received instructions from God to reach out to the people of Lagos.

Now that you have briefly known who is David Oyedepo. Is now time for me to state my reasons why I will like to prove to him if I become the president of the Federal Republic of Nigeria.

Here below are my reasons.

1. Oyedepo is said to be the wealthiest preacher in Nigeria and the entire world at large with a net worth of over $150 million.

He has to explain himself with a concrete rationale for his net worth of over $150 million.

2. I will also prove him on the bases that he was said of his Church owns four private Jets and several buildings, including in London and the US. How did he acquired all of these?

Look at the pictures below. 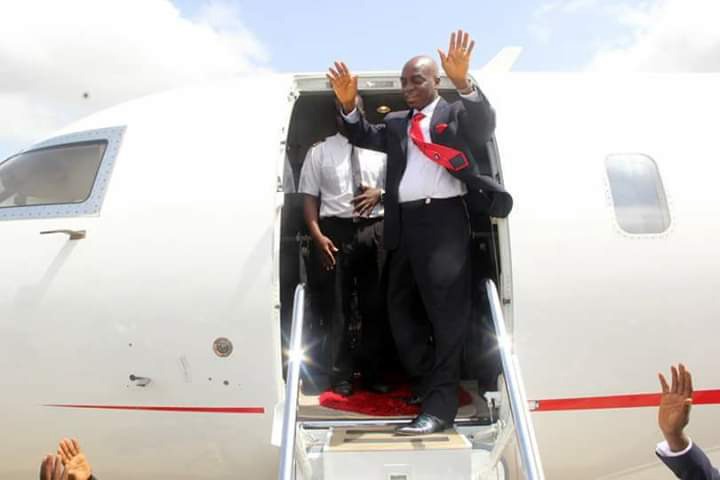 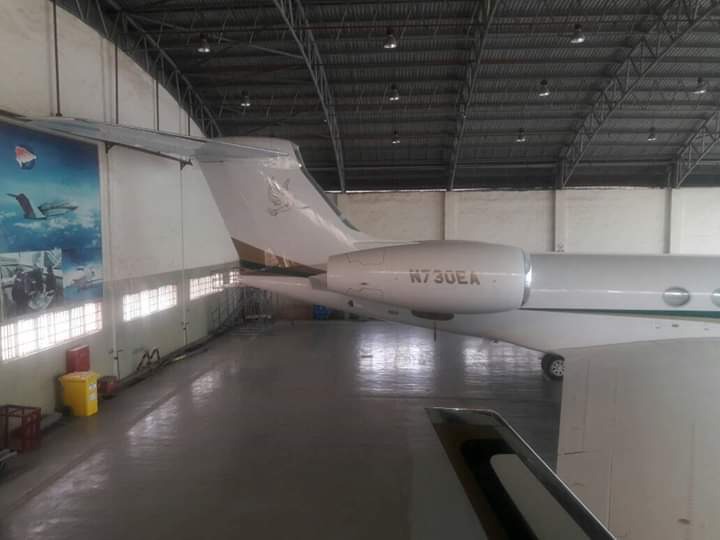 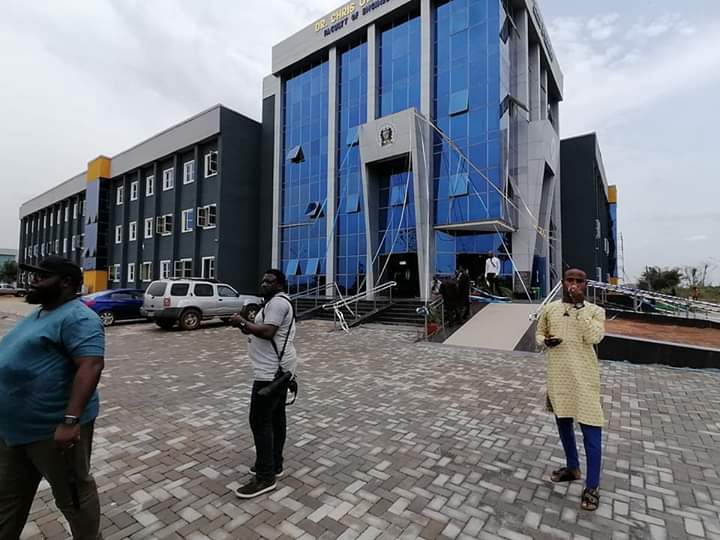 4. In 1998, Oyedepo claimed he was instructed by God to build a new base for the commission to accommodate the increasing number of worshipers.

This resulted in Oyedepo's church's acquisition of the initial 530-acre facility, known as Canaanland, which serves as the headquarters.

It is the home of the 50,000- seat capacity auditorium, the 'Faith Tabernacle' which is reputed to be the largest church auditorium in the world. This was a feat also recorded by the Guinness Book of Records.

Look at the auditorium here, Faith Tabernacle was reported as the world's largest Church Auditorium in December 2005.

Construction was completed within 12 months. Reports also claimed that this building was built debt-free.

This 50,000 -seat edifice was dedicated on September 18, 1999, under the administration of the former president Olusegun Obasanjo.

He needs to explain where he got such kind of money to built such a huge multi-million project within 12 months debt-free.

These are all my opinion and reasons why I will like to prove him when I become the president of the Federal Republic of Nigeria.

What is your own opinion on this matter? Your comments, please.

Content created and supplied by: DONSIMONAC (via Opera News )

Power of Psalm: 7 Bible Verses On Wealth, Prosperity And Success

10 Things Most People Overlook When Cleaning Their Houses

Get Rid Of Stretch marks with These 5 Natural Oils

5 Health Benefits Of Drinking Pineapple Juice You Should Know