Clerics are not superhumans, they also make mistakes

By OmaiOluchi (self meida writer) | 5 days 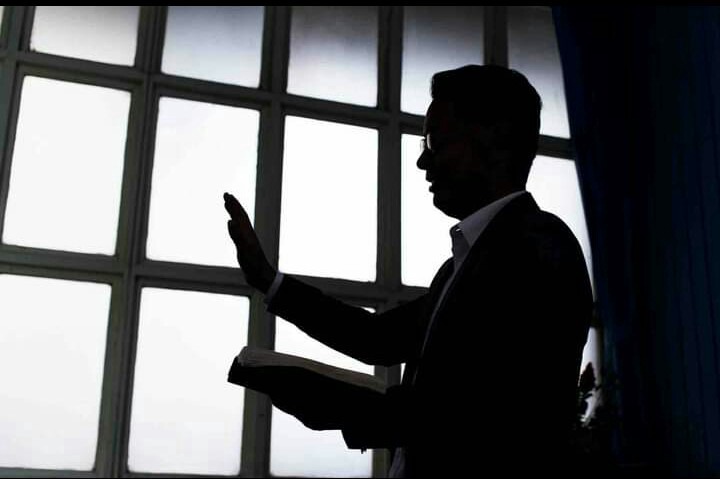 “How can he call himself a man of God and then he is messing around with his female members?”. “I don’t go to church, but I’m better than you who is a so called born again”. “Na she do holy-holy pass, but she don carry belle out of wedlock”. “Slow water runs deep. She usually acts so cool and friendly but look at the way she insulted her husband publicly’. “Pastor my foot!!”. “Can you imagine, he’s no longer going to church, after all the over-spirituality, he’s backslided”.

“PASTOR” as mentioned in the caption of this article is figurative, and represents not only the clergy, but all those who are seen as super humans, either because of the position they occupy in church or because of their level of seriousness in spiritual matters. In other words, whenever “PASTOR” is used in this article, it must be importantly noted that it represents the above-explained.

In our world today, people have high expectations when it concerns the PASTORS. They have a perception that a PASTOR should not make certain mistakes or oversights, even though they themselves continually make this same mistakes and oversights.

They quickly judge and condemn a PASTOR when they (the PASTOR) err, and outrightly accuse them of being fake and full of hypocrisy.

It’s fine and acceptable when a normal person falls into sin, but shouldn’t be mentioned that a PASTOR has equally fallen into that same sin else theirs will not only spread like wild fire and become talk of the town but will be a household topic for discussion and deliberation.

Once a PASTOR is caught misbehaving, all the BBCs and CNNs will capture the footage and then make it trend and go viral for the whole world to have a clip. The emphasis will just be much. It is also funny that in most cases, these actions are being orchestrated by so-called believers.

He is a PASTOR does not also suggest that he’s no longer flesh and blood or he can no longer be a victim of falling into temptation. He is a pastor does not in any way rule out the fact that “a PASTOR can never be Holy of Holiest”, reasons why he might err at times.

These days, the rate of criticism is becoming alarming. People criticize you for making the same mistake they made just because you are a PASTOR (Pastor’s child, Christian, Churchy, Disciplinarian, religious, Teacher of the word, usher, Music minister etc.).

But you know what, you owe that PASTOR PRAYERS not CRITICISM. You owe that brother who left the faith to the world PRAYERS and words of encouragement, not ABUSES. You owe that lady who was once into consistent evangelism but who now lives an immoral life PRAYERS and not passing judgment of condemnation. You owe that pastor who fell into the sin of adultery/fornication PRAYERS not CONDEMNATION and INSULTS.

In fact, if you cannot PRAY for the restoration of those who fell, backslided or derailed, then do not criticize, judge or condemn them. Nobody made you a judge over Israel. God didn’t make you His assistant on judgment matters. In fact, God hasn’t even begun judgment yet on man, and you are trying to fast track judgment for Him.

In conclusion, if we have just this one understanding that making mistakes and erring is typical of mortals, then we won’t have too much expectations and confidence on them to the extent that we belief they just shouldn’t make certain mistakes.

Finally, may it be known that this article does not in any way justify and encourage PASTORS (Pastor’s children, Pastor’s wives, Christian, Churchy people, Disciplinarian, Religious folks, Teacher of the Word, ushers, Music ministers etc.) to engage in things that do not speak well of them, as they are meant to be good representatives of Jesus Christ here on earth.

Fans Prays For Popular Actress, Seyi Edun, As She Celebrates With Lizzy Anjorin