By Religionhubblog (self media writer) | 26 days ago

If you are a fervent attendee of the Sunday school or Bible study, you would have heard stories of people who killed a lion with their bare hands in the Bible. Although, a lot of Christians always think it's only Samson that have done that, but that is not true and that is the purpose by which we are writing this article.

We will be sharing and presenting to you Samson and two other people that killed a lion with their bare hands in the Bible. 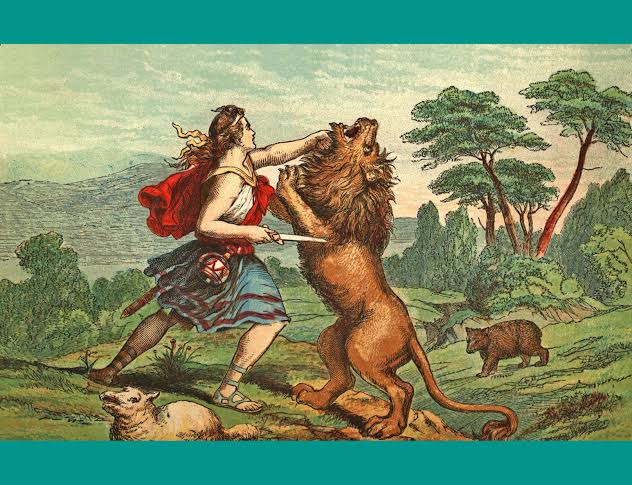 In the Holy Bible, it was recorded in the book of 1 Samuel 17: 34-36 that David, who was a young teenager and a Shepard killed a lion with his bare hands after the animal tried to kill one of his flock. According to the Bible verse, it was David that revealed this to King Saul while he was trying to face Goliath, the Philistines.

2. Benaiah who was the son of Jehoiada.

For clarity's sake, Benaiah was one of King David's finest men and he was so brave that he was ranked amongst the best in the Isreal army. One of his bravest moments was when he killed a lion and he did that inside a pit on a snowy day.

In the book of Judges 14:5-6, it was recorded that Samson killed a young lion when he attacked him and his parents on their way to the vineyard of timnah. Immediately, the beast attacked, the Spirit of the Lord came heavily on him and he tore the mouth of the lion apart.