By LayiAdigun (self media writer) | 2 years ago 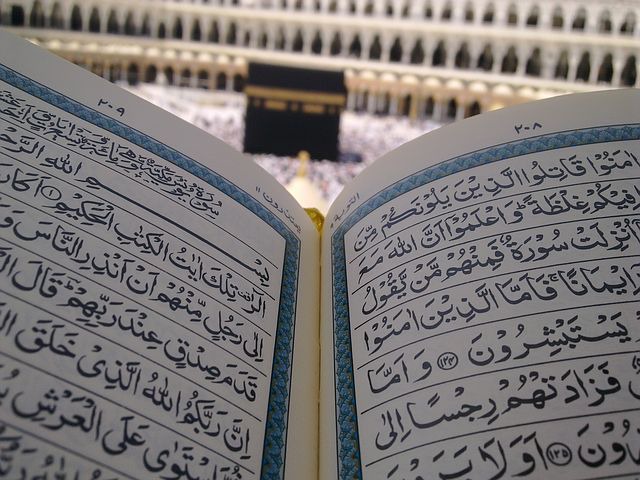 In the name of Allah, the most Gracious, the most Merciful.

All praises be to Allah, may His peace and benedictions be bestowed upon the soul of our leader, Muhammad (SAW), his households, companions and the entire Muslim ummah who follow his pristine path.

I have come across different articles and discussions centered on child marriage and how the undiscerning minds have blamed it upon Islam.

The fact that few Muslims engage in this practise make people with jaundiced perspective of Islam to label It as a religion not befitting our contemporaneous world without any justification for their fallacious conclusion. These categories of people are those who see Islam through the prisms of western biased media coverage. Those who adorn themselves with the garment of Islamophobia. They hate Islam with passion and will use every opportunity that comes their way to malign Prophet Muhammad (SAW), Islam and Its adherents. The last group are those who see western civilization as the apogee of human development. They never see anything good not only in Islam, but also in any other climes, in as much as it does not suit their whims and caprices, and not of western origin.

What the whining nations of this part of the world should ask themselves is that, is child marriage a product of Islam? Is there any reference whatsoever from Qur'an and Sunnah that encouraged child marriage? Did child marriage originate from Islam? Irrespective of people practising it, is it peculiar to only the Islamic world? These and many other questions should be asked and answered with objective minds before reaching a definite conclusion about child marriage and what Islam says about it. Their ability to quickly condescend to the level of animalistic reasoning when it comes to discussion concerning Islam can be ascribed to their intellectual laziness and their incurable hatred for anything Islam. Their penchant for ascribing anything negative to the religion of Allah is driving them haywire, but they know not.

Those whose minds are already perverted against Islam are too intellectually lazy to fathom the comprehensive nature of Islam. Its scope is too wide for them to understand Its robust contents and rational persuasions. They prefer the use of propaganda and falsehood to intellectual engagement in their evangelism of lies and bigotry. It is difficult for them to reason on their own, but will rather be contented with what their leaders told them about Muhammad, Islam and Muslims.

Is Islam in Support of Child Marriage?

The marriage of minors are encouraged in both ancient and medieval eras that no issue was raised. It cuts across ages and cultures. It was common In the past and hitherto.

The Colorado historian, Nicholas Syrett's new book "American Child Bride" is filled with anecdotes about very young women - one as young as 9 - marrying much older men. It traces the evolution of child marriage from Colonial times to today and points to poor rural areas of the country, where the practice has always been more common than wealthy urban areas. He stated that more than 5000 minors have married since the year 2000 in Colorado.

In most states, the minimum age for marriage is 18, but many, including Colorado, allow for exception.

When Susie King Taylor published her 1902 memoir, she stated that she was barely fourteen when she wed Edward King, a soldier in the unit alongside which she served on Saint Simon’s Island, Georgia, then occupied by union forces. It was also the case that marriage at the age of fourteen was not at all uncommon for a freed girl like Susie Baker, or indeed for many others throughout the nation in the middle of the nineteenth century. Susie King Taylor may well have glossed over her youthful marriage because it simply was not noteworthy in 1862 or in 1902.

In the same vein, when country star Loretta Lynn published her autobiography, Coalminer’s Daughter, in 1976, the story of her marriage at thirteen was one of the book’s central episodes, as it was in the narrative of her life in country music. Indeed, in Lynn’s own words, her early marriage was part of what characterized her home, Butcher Holler, Kentucky, United States.

The books narrated two interrelated narratives: the first is about people in the United States, most of them like Susie King Taylor and Loretta Lynn, who married as minors never saw child marriage as anything uncommon. The marriage of legal children, in fact, has been relatively common throughout U.S. history.

The U.S. Census Bureau did not link age with marital status till 1880, which makes national figures unavailable before that time. But in that year 1888 11.7 percent of fifteen to nineteen year-old girls were wives (the census did not specify exact age and marital status till 1910). That number dipped in 1890 and then increased incrementally through the 1920s to 12.6 percent in 1930. Youthful marriage decreased, as did the overall marriage rate, during the Great Depression. It then rose again dramatically after World War II but has been declining since the early 1960s. That said, people below the age of eighteen continue to marry to this day. A 2011 study published in the journal of the American Academy of Pediatrics estimates that about 9 percent of contemporary American women were married before they turned eighteen. So, what does Islam say about child marriage? Besides Qur'ân and Sunnah, there are other sources of legislation. This is varies according to geographical locations of individual scholars and their school of thought. One of such sources is 'urf (custom / culture) of a particular set of people. If the sociocultural practices are virtues Islam upholds it, otherwise it is pronounced void. So is the case of "child marriage" .

There is no categorical statements from the Qur'ân nor Sunnah to that effect. The Prophet's marriage of Aisha was in line with betrothal system in the Arabian peninsular as at that time. There is no other reference that encourage the practise among the Muslim ummah.

What is Paramount is that a female child should be trained and protected from being wayward. There is no point allowing your little girl engage in premarital sex why you're online condemning people that legally married these little wives. In fact the prophet was reported to have said that " Educate a woman, you educate a nation". The question now is, at what age can we say that a female child is matured or educated enough to get married? The answer to this will also be influenced by geographical location of individuals, cultural values, physical attributes and a host of other factors.

A twelve years old European, American or Arab girl may not be compared with even a 15 years old girl from sub Sahara Africa in terms of physical attributes. The point here is that, a marriageable girl in those places, may be otherwise in Africa and some part of Asia.

Lastly, there is what is called wilaayatul ijbaar (giving a minor's hand in marriage by her waliy) in Islam. It all revolves around cultural practices as done by prophet Muhammad (SAW) and some Sahabahs.

I believe this little piece will help a bit to disabuse the minds of those who blame Islam for the cultural practises of a particular ethnic group of such notions. The whining group that see no good thing in Islam and Muslims must be encouraged to study Islam with open minds and high level of objectivity rather than replying their insult and abuse which has  become part and parcel of them.

As a Yoruba man, I don't encourage child marriage because it is alien to our culture. It may also likely hinder or slow the educational attainment of the girl. However, in as much as culture is relative, I will not blame or oppose other people practising it.

Content created and supplied by: LayiAdigun (via Opera News )