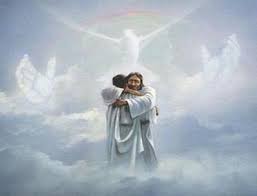 TOPIC: GOD BACKS WHOEVER HE CHOSES AND SENDS

And Saul answered and said, Am not I a Benjamite, of the smallest of the tribes of Israel? and my family the least of all the families of the tribe of Benjamin? wherefore then speakest thou so to me? (1 Samuel 9:21)

Saul did not become the king of Israel by accident. One who reads his history somehow gets to think God made a mistake but it is not so. God chose and equipped him with supernatural power which transformed him. He was however supposed to be sustained by character and the power of a cover over him but he became pompous and felt that he had arrived and Samuel, the cover, distanced himself and so did divine enablement. Saul failed because he removed his head from cover, became disobedient and the power given to him initially through which he was able to overcome the Philistines evaporated. He became insultive and arrogant to Samuel, the man who laid hands upon him and things fell apart. From the onset, it was God who orchestrated the meeting between Saul and Samuel. The asses of Kish, Saul’s father, were lost and Saul went in search of them taking one of their servants. When they were long at searching, they sought for a seer who would give them divine guidance.

The language of the bible is very clear here. Samuel told Saul, “The Lord hath anointed thee to be captain over His inheritance.” It is not the inheritance of any man but the Lord’s. Samuel was marrying character with anointing. Whatever you do in the household of God, do it with the fear of God. One cannot shepherd a church and do whatever he likes because it is God’s inheritance.

God gave Saul another heart and he became another man, a new man. What greater enablement does one need to succeed? From then, carnality was supposed to disappear and when the new man prays and lays hands he casts out demons. If any man be in Christ he is a new creature. Many ministers are no longer interested that something happen or overshadow them. They are satisfied being ordinary, no new things in their ministries or life. He that is turned into another man, whatever he says or does, God supports and backs up. God will go the extra mile to sustain his words. When Paul said to Elymas for instance, “Be blind for a season,” the man became blind. God uses the mouth of an enabled servant and backs up whatever he says. This is the backbone of every made man of God.

1.Pray that the Lord will back His word in your mouth with signs and wonders.

2.Pray that the anointing of the Lord will always be upon you for exploits.

Dear Lord, I thank you for your power that backs up those you have called. Let your power be evident in my ministry.

“And my speech and my preaching was not with enticing words of man's wisdom, but in demonstration of the Spirit and of power:”

“For our gospel came not unto you in word only, but also in power, and in the Holy Ghost, and in much assurance; as ye know what manner of men we were among you for your sake.”

“Teaching them to observe all things whatsoever I have commanded you: and, lo, I am with you alway, even unto the end of the world. Amen.”

“And they went forth, and preached every where, the Lord working with them, and confirming the word with signs following. Amen.”