Update On 229 Christians To Be Executed In Afghanistan

By Ijoyemedia. (self media writer) | 10 months ago 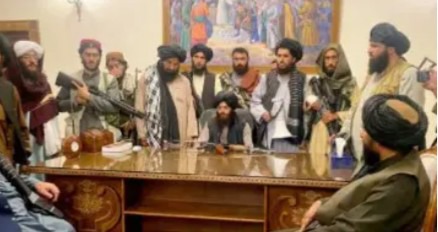 A report with a prayer chain request claiming 229 Christian missionaries are to be executed in Afghanistan by Islamists has been declared fake and misleading.

"The message has several discrepancies like mentioning that the Iraq city of Quaragosh has been taken over by radical islamists recently, however that had happened in 2014 when it was taken over by the Islamic State till it was freed in October 2016." Boom reported.

According to BOOM, the same message was posted on Facebook back in September 2017 with the same text.

The same version of message was said to have flooded the social media platforms recently as Taliban forces took over Afghanistan in the wake of the United States military's withdrawal from the country.

Below are the viral messages claiming that prayers should be organized for 229 Christian missionaries that are to be executed in Afghanistan. 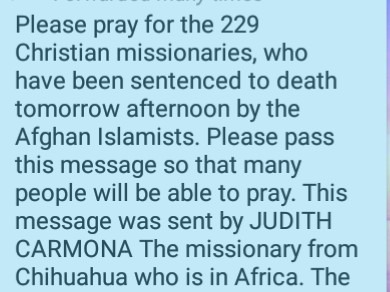 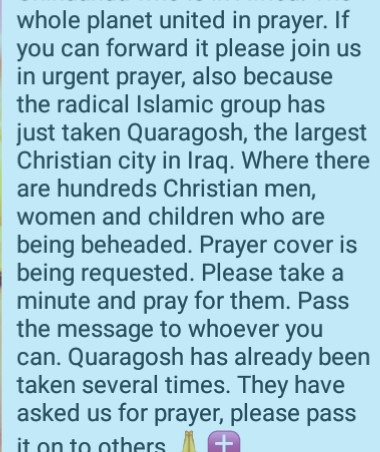 Mind you, if the above message has just been sent to you recently, kindly disregard it, because it was an old message.