By Westernwizard (self media writer) | 1 year ago 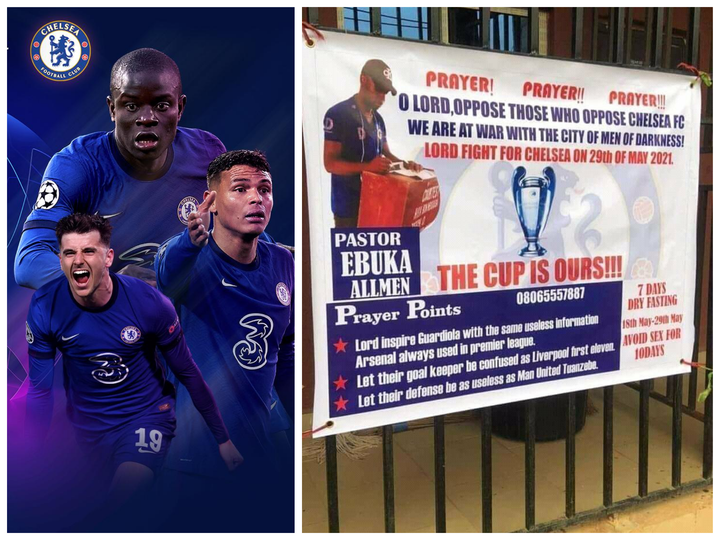 However, a banner reportedly made by some Chelsea supporters have gone viral on the internet.

Chelsea supporters are to observe a 7- day dry fasting, from 18th may- 29th, and the fasting includes total abstinence from sex, in other to win the champions League trophy.

On the banner reads,

O lord, oppose those who oppose Chelsea Fc, we are at war with the city of men of Darkness. Lord fight for Chelsea on 29th of may 2021"

There are also some prayer points listed on the banner in favour of Chelsea and it reads below.

2. Let their goal keeper be confused as Liverpool first eleven.

3. Let their defense be as useless as man united's "Tuenzebe ". 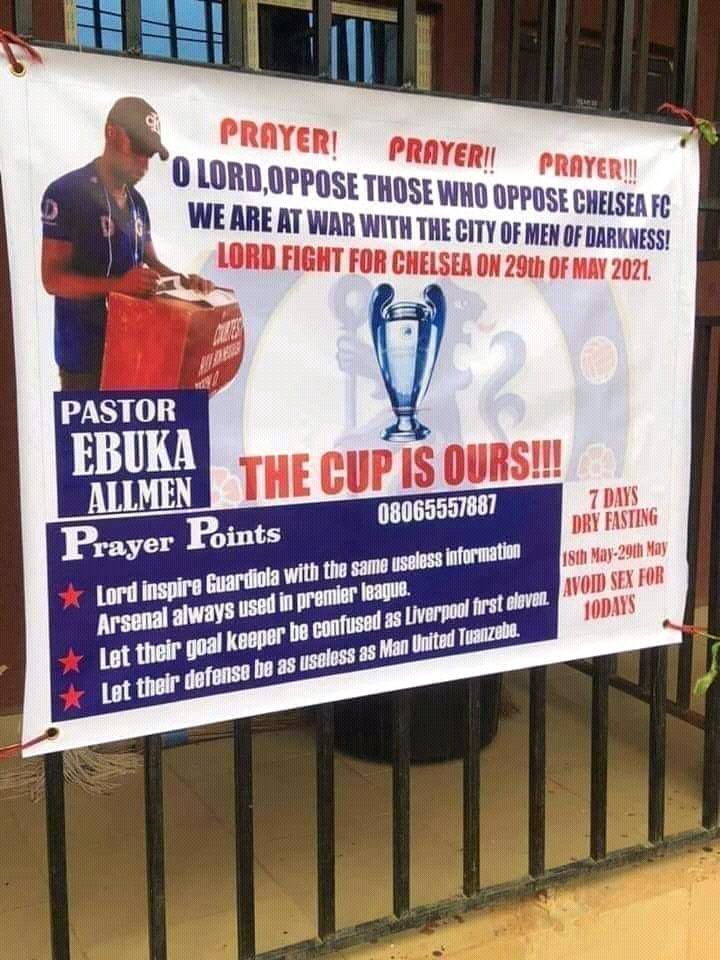 Check out some hilarious reactions below.

Content created and supplied by: Westernwizard (via Opera News )