The Mythical Story Of Oduduwa: The Ancestral Father Of The Yoruba's

By Persiin-EL-bash (self media writer) | 1 year ago

Oduduwa is believed to be the ancestral father of the Yoruba's that was sent to carry out an assignment by Eledumare (God) alongside his Obatala who was his elder brother to go and create the earth. It was narrated that the brothers were given a chain, a handful of sand, and a five toed fowl alongside a note for guidance.

While on their way, they came in contact with palm wine along the way, they both drank but unfortunately for Obatala who drank himself to stupor and couldn't continue with the journey was left behind by his brother, Oduduwa picked up the items and continue the journey all alone. 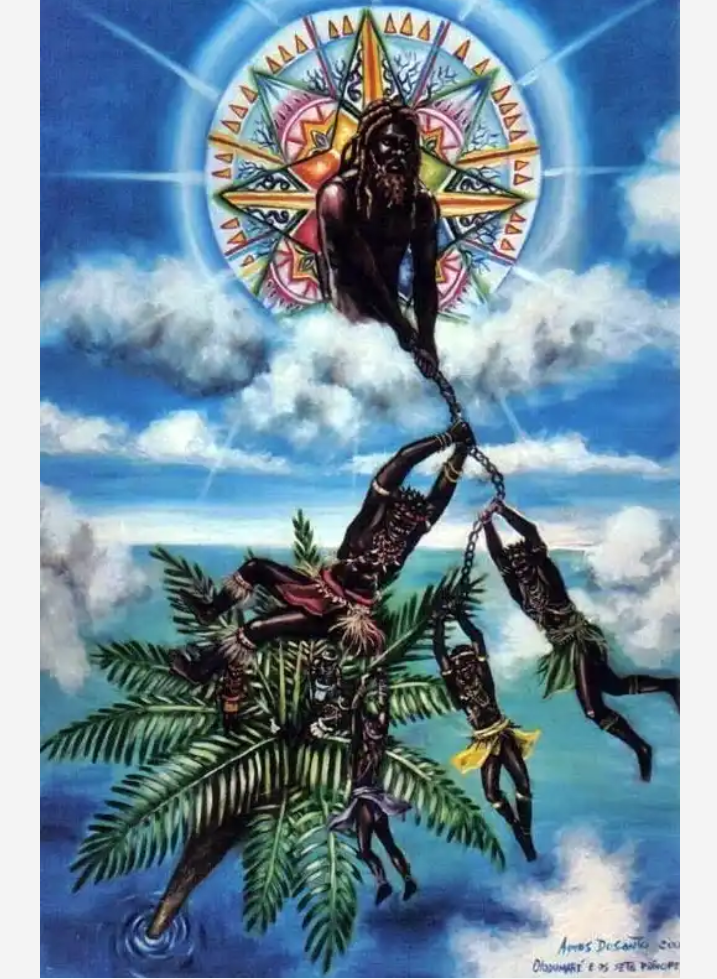 He got to the point of commencing the mission, he was out of courage when he saw a Chameleon which made him understand that there was no going back and that encouraged him . Oduduwa lowered the chain from heaven till it reached the earth which was ocean, there was water all over the earth and no single dry land. So he threw the sand across the earth and placed the fowl to help disperse the sand all across the ocean. 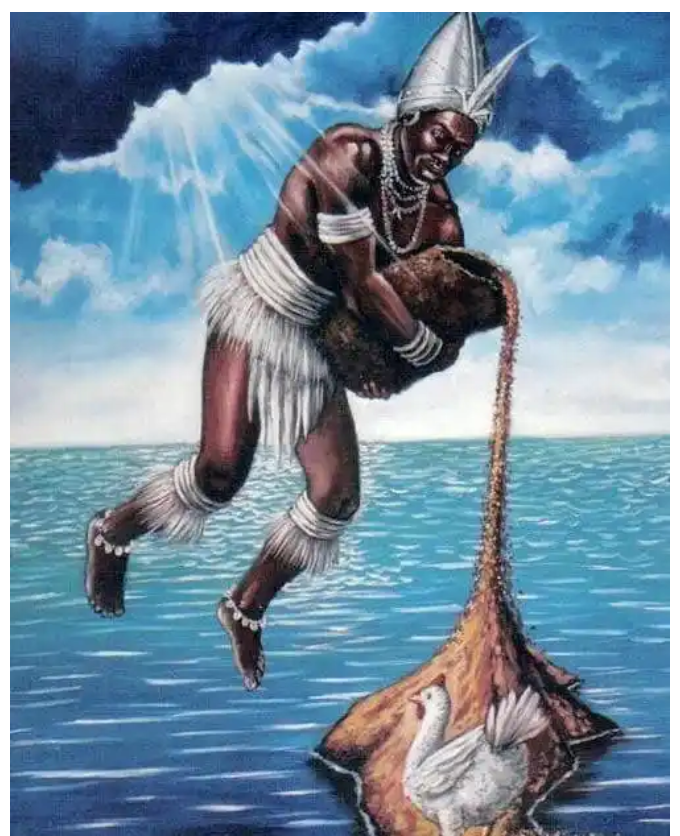 Thereafter, He planted a nut and a mighty tree with sixteen branches appeared which represent the Yoruba clans and the early life at Ile-Ife. After successfully creating the earth, Oduduwa became the first Yoruba divine king who was the holder of the title of the Ooni of Ile-Ife, the Yoruba holy city. This led to an unending conflict between both brothers.

Obatala was said to be Olodumare's representative on Earth and the shaper of human beings. According to the oral traditions of Ife, Obatala served as king of Ife during its classical period. His throne was lost to the lineage of his rival Oduduwa at some point during the 12th century CE.

This decrepit story is very much upheld by the Yorubas up till this date.

Content created and supplied by: Persiin-EL-bash (via Opera News )