By DunamisMessages (self media writer) | 14 days ago 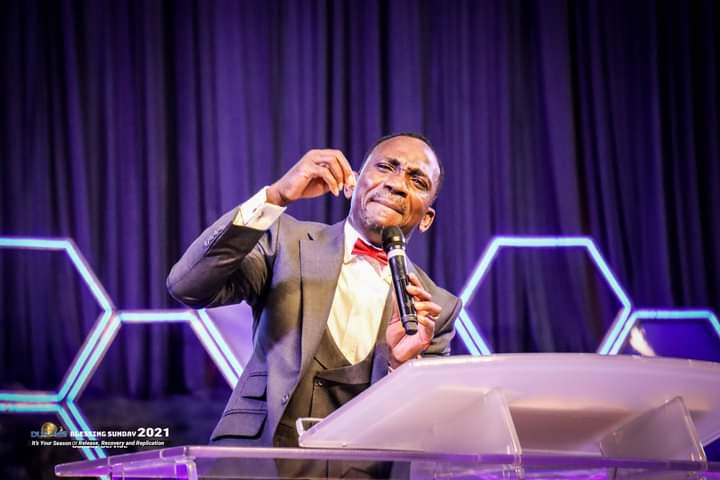 The Senior Pastor of Dunamis International Gospel Centre, Dr. Paul Enenche, has described as untrue and fallacy a media report which claimed an armed attack on worshipers in one of the branches of the ministry.

The cleric said the report making the rounds in the media is untrue and should be discarded in its entirety.

Dr. Enenche was reacting to a report published by AFAMNEWS with the title, Armed Men Storm Dunamis Church In Abuja, Attack Worshippers.

The report, which was also widely aggregated by other blogs, claimed some armed men invaded a branch of Dunamis at Phase 4, Kubwa, on Monday, stabbed a security guard in the stomach and ripped off his intestines.

Reacting to the report during Tuesday’s Healing and Deliverance Service, Dr. Enenche warned that those manufacturing and sponsoring fallacious stories just to tarnish the name of the Ministry and create panic among members of the Church should stop as their end is hell.

He said, “My attention was drawn to a report that devil’s church (not this Church) was attacked by armed men. You know we live in a world that is thriving on lies, especially social media. I don’t know but I think 80% of the news there are lies.

“We also live in a world where people anticipate evil for others, with a heart rooted with bitterness, all manner of wickedness, a heart continuously expecting evil news. And then, they push what is unreal and untrue. We are worshiping here right now; the camera can show everyone here and there is nothing like that.

“I want to make it clear that anybody who tells a story that is not true, whether you are telling in hard copy paper or in a news channel or whatever means, I refer you to revelation chapter 21:18, which say “…all liars shall have their part in the lake which burns with fire and brimstone, which is the second death.”

“Listen to me, when you tell or promote a story that is not true, it is hell fire you are playing. What they said there is no truth in it.”

Speaking further, the cleric said the incident was that of a petty thief trying to steal something within the said location and was resisted and some people picked the news and blew it out of proportion.

He added, “A particular location that a petty thief was trying to steal something at night and was resisted and alarm was raised and he ran off the fence, then some demonic agents picked a hint of such unsuccessful misadventure of a petty thief and called it armed men attacked worshipers.

“ Let it be made clear that rumours, untruths, fallacies, fabrications are bring pushed in the air, and should be trashed. And those pushing such should be ashamed of themselves for promoting what is not true.”