By Liman2u (self media writer) | 2 years ago 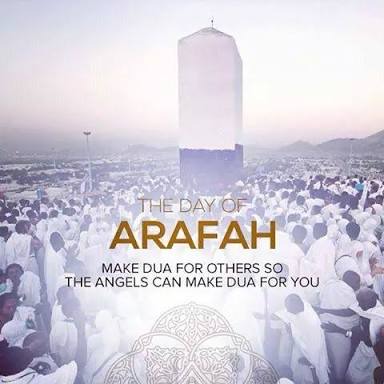 Allah the most high created the nights and the days, then make it the life of all his servants and a way to estimate there deed, he then separate the days and make some more virtues than other and honored some of the days with benefits and increase in rewards and expiation of evils, by obeying and coming more closer to him. One of such special day is the day of Arafat, it is one of the days in the sacred months (Dhul-Hajj, Dhul-Qa'ada, Muharam, Rajab. The day of Arafat is one of the day in the month of Dhul-Hajj which the right of Hajj is carried out. Allah the most high said in Qur'an 1VS197:

" The Hajj is performed in the well known months"

These months are Shawwal, Dhul-Qa'ada, Dhul-Hajj. The day of Arafat is also one of the days of the first ten days of Dhul-Hajj, in which Allah mentioned in Qur'an 8VS2:

" by the ten nights" 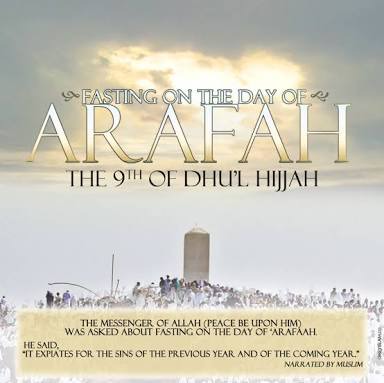 Virtues of the day of Arafat

The day of Arafat is so honored by Allah the most high with several virtue, I shall list some of them as follow:

1. It is the day in which Allah completed this religion and completed his favor on us, this is evidenced in Qur'an 5Vs3, where Allah said:

hen Allah revealed this verse to the prophet, it was on a Jumua, while standing on the month of Arafat.

2. It is a day of festival for the generality of Muslims, but this festival is for the pilgrims only. The evidence is in the statement of the prophet (peace and blessing of Allah be upon him) when he said:

" indeed the day of Arafat, the day of slaughtering, the day of glorification are our days of festival, they are for eating and drinking" (ibn Jarir Atobari, 1/347).

3. It is a day Allah sworn by, because Allah does not swear by anything except it is great. The evidence is the holy Qur'an where Allah said:

" And the bearer of witness and those against whom the witness is borne" (Qur'an 85VS3).

The witness in this verse is the day of Jumua, and those whom the witness is borne, is the people that witness the day of Arafat and also the Angels.

4. A day in which fasting in it expiate the sins of two years, the evidence is in the statement of the prophet (peace and blessing of Allah be upon him) :

" Fasting on the day of Arafat, I hope Allah will use it to atone the sins of the past year and that of the coming year"

It is encouraged to fast this day except the pilgrims.

5. A day in which Allah is glorified by the people on Mont Arafat and the Angels. The evidence is from the statement of the prophet (peace and blessing of Allah be upon him) :

" indeed Allah the most high is glorify by the angels and the people of Arafat in the day, so he said: look at my worshipers, they came to me in number" (Sahihu Jamiu 1868).

6. A day in which prayer in it is better than prayer in other days.

7. The day on which a pillar of Hajj is carried out by standing on the Mont of Arafat.

8. A day in which Dhikr is said continuously and Takbir.

May Allah let us seek and receive the full reward of this day. 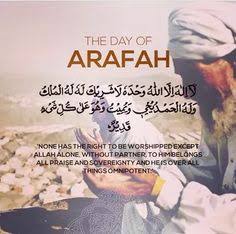