By Chesterman (self meida writer) | 27 days

Ethnic/religious discrimination and rivalries has been one of the major challenges that the country had been facing lately. This very issue of ethnic and religious differences could be traced as what gave rise to the ongoing agitation, terrorism coupled with the intensely increasing level of insecurity in the country lately. The two main ethnic religion in the country not being able to accept and respect the faith and beliefs of each other so as to encourage the unity of this country, has been the root source of the present predicament that the country has found itself in. 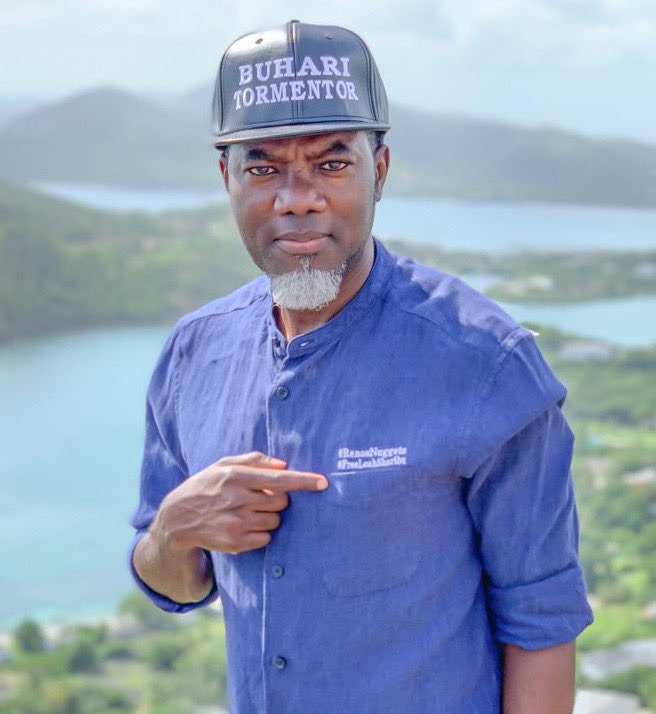 Apparently, amidst this issue, the former aide to ex-president Goodluck Jonathan, Reno Omokri has taken to his official twitter handle to make a post regarding religious differences which has affected the unity of the country lately. Reno while trying to emphasize on his topic as well as trying to balance the equation, stated that Christians and Muslims are the problem of Nigeria, as he claimed that atheists are better than them. Reno further disclosed that the country would progress only if we can be able to tolerate each other's religion without hating those who practice it. 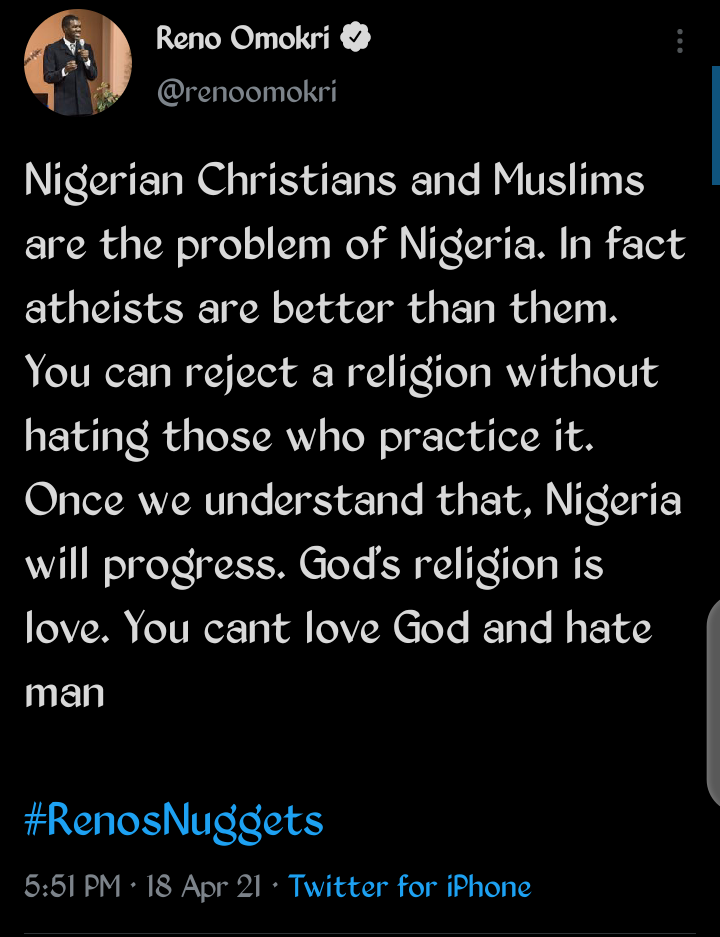 Shortly after he made the tweet, mixed reactions has trailed online as social media users has taken to their different respective social media handles to drop their own opinion regarding the post. 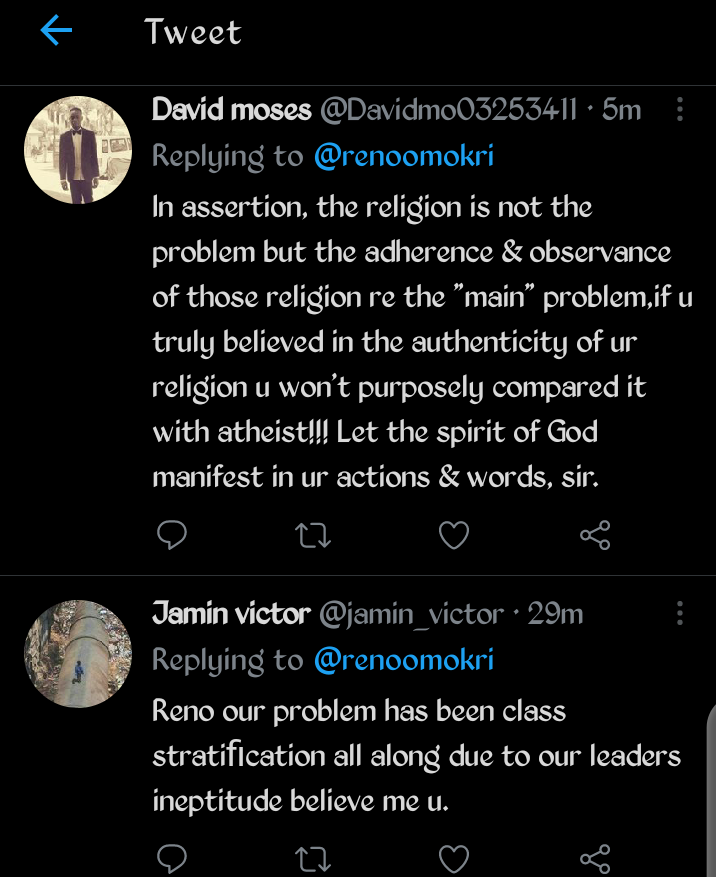 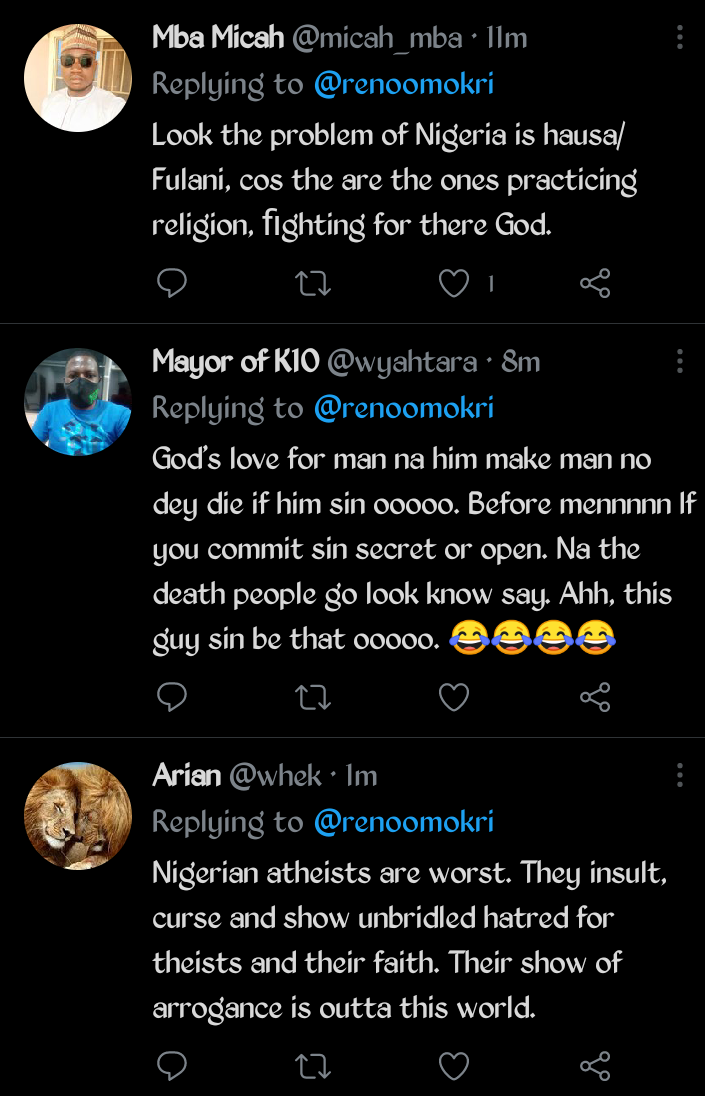 “Governor Wike Should Mellow Down, No One Is Against The Ban On Open Grazing” — Adamu Garba

5 Famous Photos That Are Fake