I Dumped Masquerade Worship for Christianity after an incident- Evangelist narrates. 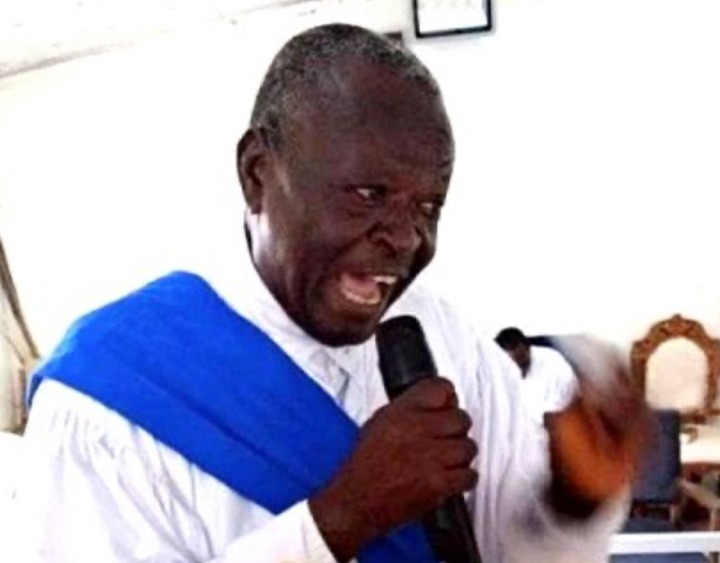 The Venerable stated during the interview that he hails from Fiditi in Oyo State, where he was given birth to and brought up to become a Masquerade worshipper as was his family's religion.

He added that he was a student of Methodist Modern school in the community before he was later enrolled to learn bricklaying.

The Venerable disclosed that he grew up wearing the Masquerade in Fiditi whenever the occasion called for it, an experience which was once fun to him.

He however left Fiditi for Ibadan for an apprenticeship where he joined another Masquerade group, entertaining people on any Masquerade festive day.

According to him, even while learning the construction job he came to Ibadan for, he often snuck out to lift Masquerade as it was fun for him.

The Venerable however migrated to Lagos State where his beliefs changed after a dramatic and scary event which had him running for his life.

According to the Venerable, an incident took place in Agege and Dopemu area during which some Masqueraded beat up a Soildiers wife. The woman proceeded to inform her husband of the incident and all hell was let loose.

He claims that people were killed in the retaliation till government had to intervene.

Narrating the event he said, "On that fateful day, I ran for my life immediately I noticed the situation was getting messier. I took cover at a popular school, Saka Tinubu in Orile Agege. At that time, the school was uncompleted, so I hid in a classroom, yet I wasn’t relaxed.

He added, "I was looking for an escape route to the shrine where I could change my costume. My next move from the school was to jump a particular fence to link the main road but where I jumped into was Celestial Church of Christ, Orile Agege parish.”

The Evangelist who was still in his Masquerade costume, was quickly gathered around by people from the church who trooped see me him where was seated in the mercy land. They hurriedly fetched their shepherd who was accompanied by some prophets and prophetesses.

The Church parish heads quizzed his intention for jumping into the church. He was allowed to explain himself after which they removed his Masquerade custom amd gave him a white colored garment to wear instead.

He further added, “I was also told that God had destined me to become a member of the Celestial Church of Christ. At first, I refused but for God to prove Himself to me, the prophetess started exposing everything I had done in secret and I was told to go and destroy everything. That was how I met Christ and became a Celestial member”

Hope you enjoyed the article