Opinion: Be Careful On How You Attack A Man Of God (God Is Watching)

For everyone that has been called of God, has the backings of God. They are not just there as a figure head, and even the Bible says touch not my anointed, and do them no harm likewise. A fact remains that, a Pastor is also a Human being like you. And anyone can make a mistake from his pronouncement. This should be noted too, that there are better ways of correcting people, than castigating a man of God.

God will always vindicate them. Recently Apostle Joshua Selman of Eternity Network International, had a sermon that went viral, in the sermon he talked about two places Nigeria, which everyone must be if the person wants to be heard in this world, mentioned Lagos, and Abeokuta. In just few days the video has received a lot of analysis, and a lot of castigation. Though Apostle later explained what he meant by that statement. And he said something that was shocking, he said, the body of Christ can never be in any error, or can make a mistake, but the person can only make a mistake. One thing remains sure here, that the words of Apostle here is for someone, and the person or people who needs the word, have gotten what they want, so instead of castigating a representative of God, why not see a reason to whatever he says, and be of help rather than pulling him down? Another pastor that entered castigation, was Pastor Enoch Adeboye of the Redeemed Christian Church of God, when he celebrated her wife saying she's submissive, she cooks his food, and other qualities, so many people raised eye brow it. Some went against what he said, that we have gone pass the era, where a woman will still be cooking when maids can be employed, and all sorts of words came out from people to Him. The fact remains that, the man will forever be the head of a woman, and so she must be submissive, must respect, and honor her man, even to cooking till old age for him. The woman is to be an helpmeet. So a things must be done accordingly. 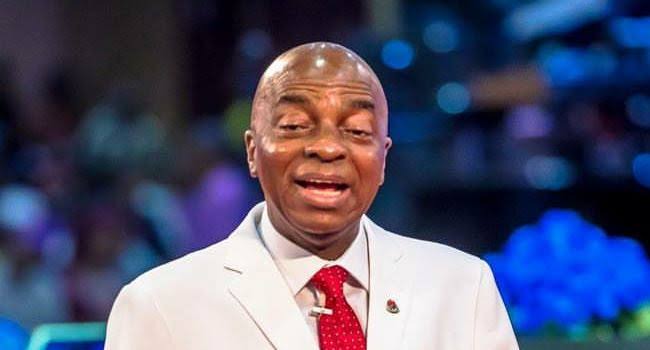 Another pastor who is the board of castigation, is Pastor David Oyedepo of Winners Chapel International, he has always been castigated especially on the issue of Tithes, and he is viral now based on what he said recently about tithe, that anyone who is not faithful to tithing is under financial curse, I am of this opinion that he is sufficient of his own, and does not live by the tithes, church members pay. And also recently I saw a video where he said few things about tithing, and he said something that the church can never be broke, because it is of God. And he said this too that no one can boast that his or her money is what is sustaining the church, the church is of God, and not of man, so God has a way to bless the church, and if you think it's your money that is making me live well, don't forget the Bible said, that God will supply all my needs according to His riches in Glory. I don't leave by your Tithes. But tithing is a spiritual exercise that is done spiritually, and you will see the results. Finally, I will say this, instead of castigating an anointed of God, why not get a way to correct him, either via email, or his Social media handles, then give your own explanation then he can talk about it maybe in his next sermon, as a way to explain his mind about what he had said before, and don't forget the Bible says we know in part, so a pastor will always share a revelation he has seen, and what has worked for him, because he knows in part, you might not have the revelation another person has on tithing, and someone who is married for more than thirty years, you might not have the experience he or she has, so learn to keep to yourself and not talk down an anointed man of God or castigate him for his words.

Whatever a man sows, he will reap.