By CHRISTIANFORUM (self media writer) | 1 month ago

How a prominent Ghanaian Prophet became a Convict has really caused a lot of reactions online. Just within a few days, a pastor who is well known for the things of God is now in police custody, cooling off his heels. Below is a picture showing this man of God: 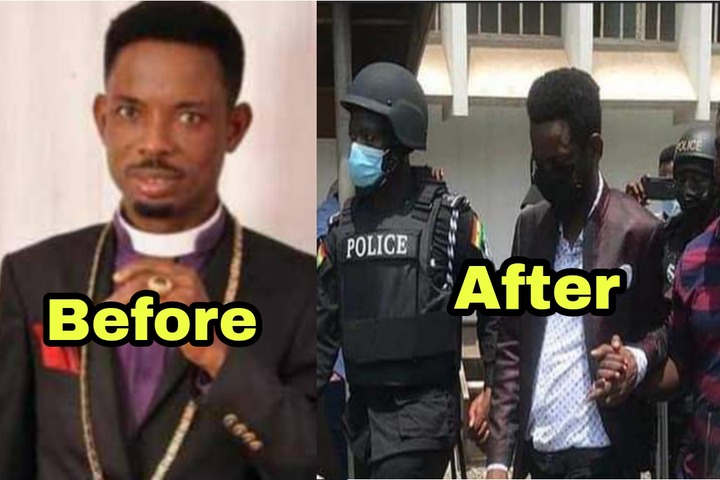 This pastor has been identified by the name Bishop Stephen Akwasi aka Jesus Ahoufe.

Recall: This pastor became the talk of the Town after he gave a prophecy claiming that a Ghanian Dance hall artist will be shot. He gave this prophecy on the 28 of September, claiming they Shatta Wale will be shot on the 18th of October. 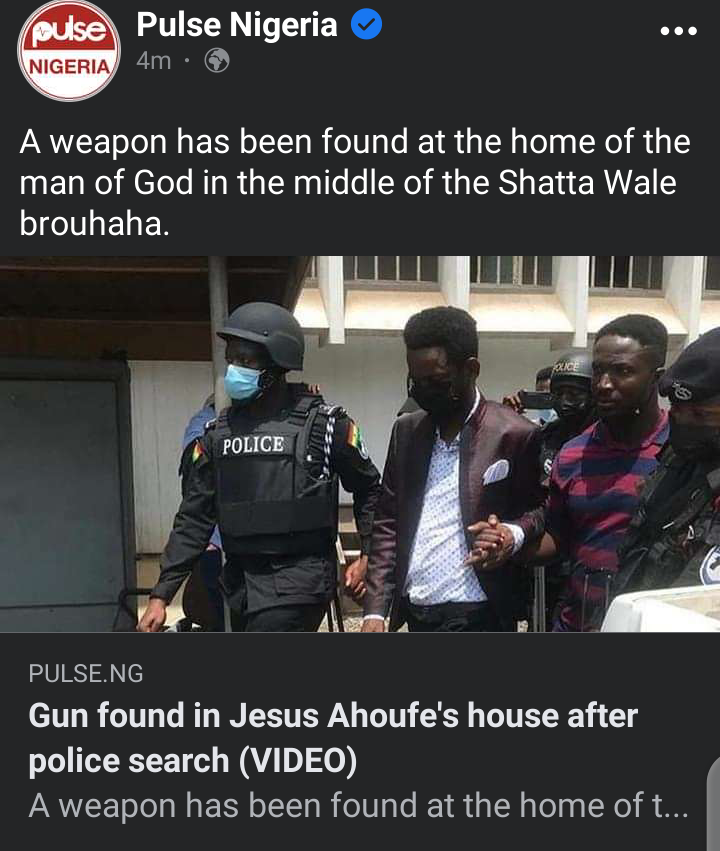 On the 18th of October, rumors went around that Shatta Wale has been shot by the police. This rumor really caused a lot of reactions online and that was how both The pastor who gave the prophecy and Shatta Wale got into trouble.

I was so surprised when this pastor was arrested, and I even spoke against his arrest. But after seeing all that has transpired after his arrest, I think the police arresting him is indeed a welcomed development (my opinion though).

Things might now grow from bad to worst as the police has now discovered a weapon after searching the house of the pastor.

Report has revealed that they found a gun in the house of this pastor after conducting a search in his house.

Although the gun is registered, but the question remains, what will a pastor be doing with a registered gun?