By ReignJerry (self media writer) | 9 days ago

Who Saw The 'Fallen Bible'?

Around 1914, a woman named Mrs. Esievo who stayed in Ayara community, Isoko Town in Delta State went to a rainy forest to transport the agricultural products she harvested when she discovered a large bible on top of the tubers of yam she had harvested. She spread the tubers of yam on a sandy beach and while the yams were soaked and dripping with water, the large bible was not. 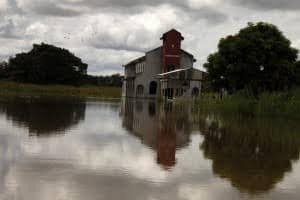 The woman who was a pagan was surprised when she saw the bible and she told other women about it. She yelled trying to call the attention of others so that they could come take the book they had forgotten, but nobody showed up. They protected the bible a carried it home with their yams and when they got home, they took it to a man who was the only Christian convert in the community to find out if he was the owner of the bible, but when they got there, he said the bible was not for him.

What Did They Do Next?

They returned two weeks later and was told that the white man was on his way to Britain for a vacation. The white man reportedly died before he got to Britain and all efforts to get the bible proved abortive. 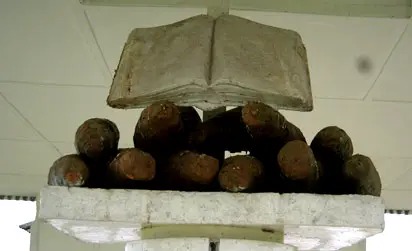 File Photo: A Monument Of The Bible And 12 Tubers Of Yam | Credit: Vanguard

A monument of the bible and the tubers of yam was erected which contained a pulpit, a cross and an opened bible, depicting the 'fallen bible'. Since then, Ayara Community has attracted a lot of Christian pilgrims, especially during Easter period. Christians from different places do visit Ayara Bible site to offer prayers to God Almighty. 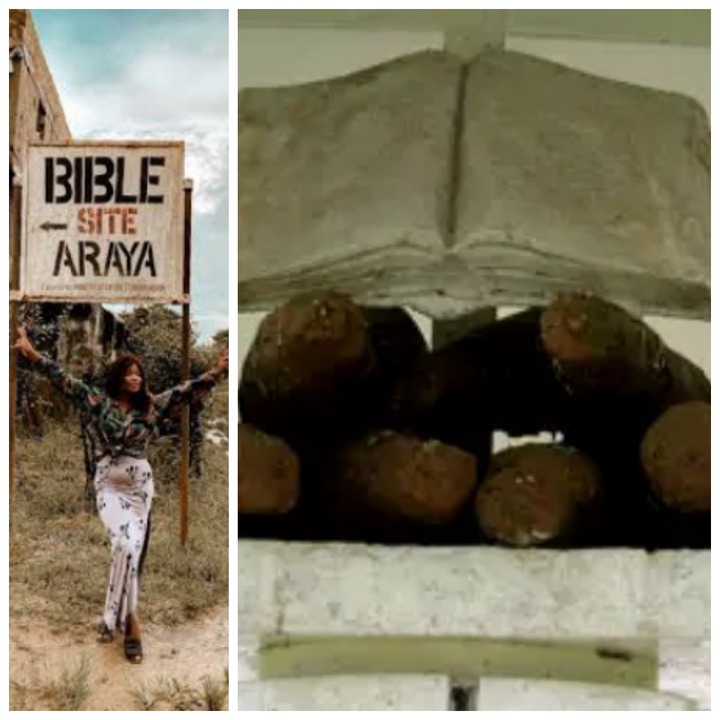