By Arewareporter (self media writer) | 1 month ago

Marriage is the union of two individuals. For most, it is much more than a civil ceremony with economic or legal benefits. It is a declarative way to express love and devotion to one’s partner and affirm commitment before family and friends. The primary purpose of every marriage is to have legitimate children. When one of the partners involved in the marriage is not capable of fulfilling this major role, the marriage hardly survives.

Recently, the Senior Regional Overseer, Mountain of Fire and Miracles Ministries, International Headquarters Annex, Wuye, Abuja, Pastor Olumide Oni, has narrated the story of how his wife agreed to marry him despite knowing fully that he has an illness that rendered him incapable of producing children at that time. The pastor made the revelation in a recent interview with the Punch Newspaper. 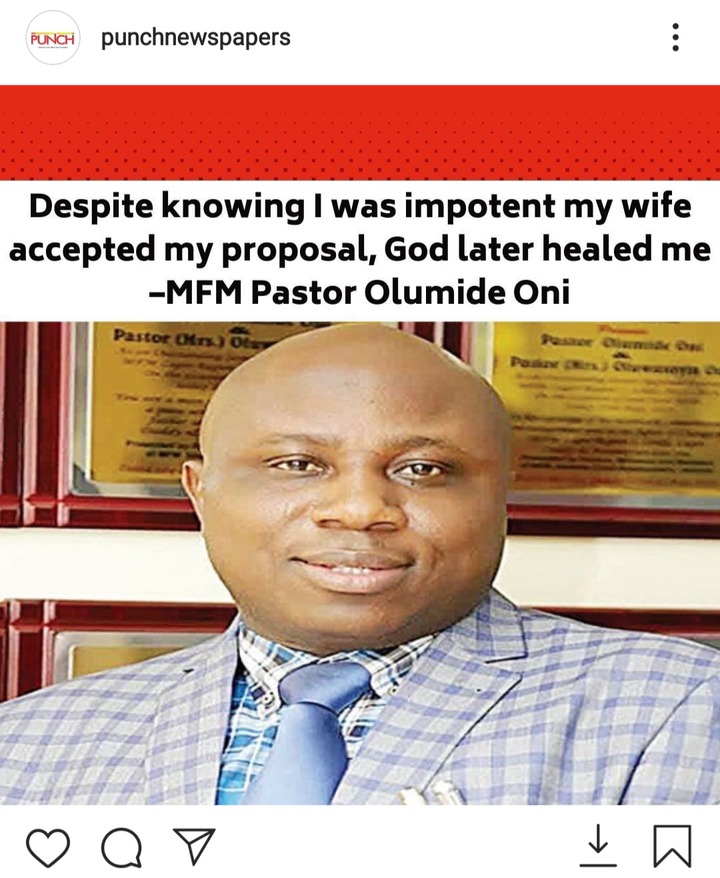 According to Pastor Olumide, he knew about his impotency when he was 12 years old after his grandmother who was a prophetess told him about it. He narrated that after knowing about his reproductive status, he devoted himself to church service till he grew up. When he moved to Lagos, he started having an interest in marriage after God instructed him to propose to a lady that came to his church for deliverance. The pastor mentioned that the lady agreed to marry him despite the fact he told her everything about himself. He later got a cure for his problem through God's intervention.

There are two important lessons we can learn from this woman. Firstly, marriage is a spiritual union therefore it should not be taken for granted. Many ladies would have rejected the pastor's proposal because of his condition but this woman accepted him like that because she knows that God can intervene in their matters. Therefore, when getting married to someone, we should not allow some obstacles to stop us from marrying that person. We don't know what the future holds for us.

Secondly, God can give children to anybody he wants at the right time. Many people are married for many years without a child but that doesn't mean that God has forgotten them. All we need is to exercise patience because God will answer our prayers in due time. Lack of children shouldn't a reason for any marriage union to break. 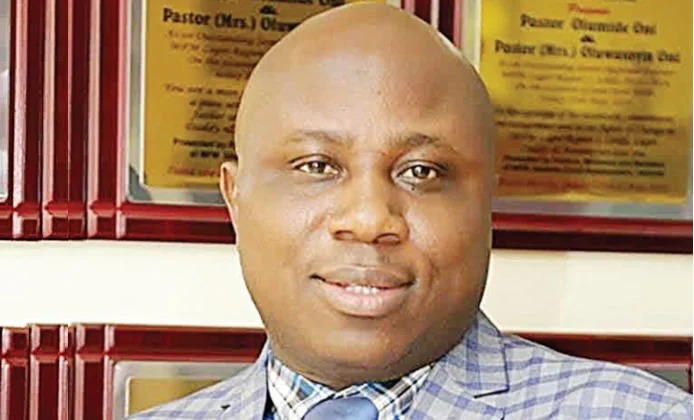