The history of the war between the Catholic Church and the Arabians in Jerusalem. 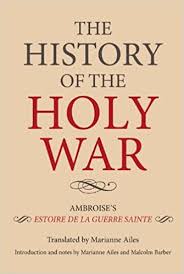 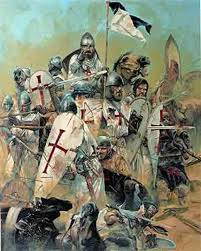 At the peak of Islam, Arabians had already conquered many parts of the world and laid waste to them. They also captured some parts of Israel, including Jerusalem and some holy sites. After this happened, they began to dominate Jerusalem for decades. These places dominated by the Arabians was also considered as holy sites to that of the Christians. When the Pope Urban II came into power, he thought that it will be right to declare a holy war against them and take back the holy lands and restore it to the Jewish world and the Christian world. It was said that if he has not done it, Christians won't have been able to see those holy sides today so he initiated the battle for the holy lands. 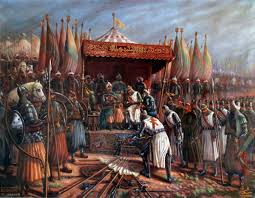 When this happened, he called for an alliance of many nations, many nations brought their soldiers for the war, the combination of this soldiers was reffered to as the Crusades. The crusades them matched to Jerusalem and started fighting against the Arabians, they kept on conquering each other for decades until the last war, the Arabians won and he agreed to allow the Christians to continue to coexist. Even since, the conflict between Jews, Christians and Arabians have continued. It even continued in the 1947 middle East crisis and is happening now again. Pray for the end of the war.