Why God Allowed The Temple Solomon Built To Be Destroyed 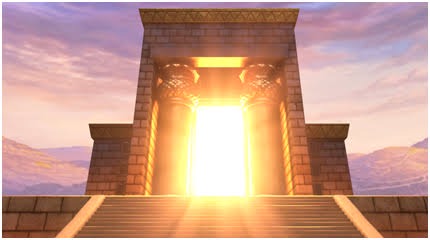 King Solomon started out as a beloved servant of God. His father, King David, was a man God Himself described as someone after His own heart. This father and son were precious to God. When King David wanted to build a temple for the Lord, God said the honour of building Him a temple would go to Solomon.

After the death of David, Solomon succeeded his father as King and went on to build a temple regarded as one of the most magnificent religious buildings of its time.

At the dedication of the temple, King Solomon made huge sacrifices to God, even as he prayed that God's presence would never depart from the temple.

God replied the king, saying his prayers were heard and His presence would not depart from the temple as long as the people did not turn their backs on Him. But if they did, God warned He would allow the temple to be destroyed.

Solomon married many foreign women, who worshipped idols. In his old age, Solomon's wives turned his heart away from God as he began to worship idols too. This subsequently plunged the entire nation of Israel into idolatry. This went on until the Babylonians, under the rulership of King Nebuchadnezzar invaded the land and destroyed the temple.

Today, we pride ourselves with the magnificent buildings we built for God. There seem to be a craze these days on who'd build the largest church auditorium and all that. I believe it's a great thing if a church can afford it and go on to erect a resplendent building as a place of worship. God is the creator of the entire universe and nothing is too great to be done in His name. However, we should never get carried away by our magnificent church buildings, while we neglect the quality of our spiritual life.

The building itself is nothing if the people are not right with God. Our lives are more important to God than the financial worth of any building we may erect in His honour.

As Christians our body is the greatest temple we can possess. In fact scripture describes it as the Temple of God. So our bodies don't just belong to us but to God, who resides in us. What we do with our body goes a long way in determining how much the Spirit of God can dwell in us.

We must ask God for mercy and grace not to live in anyway that will make Him resent dwelling in us. On our own, we must also decide to use every part of our body to bring glory to God.

Scripture says you are bought with a price (the blood Jesus she'd) and you are not your own, so glorify God in your body.

If God could allow the temple Solomon built in his honour to be destroyed, He'd also allow us to be destroyed if we don't repent from our sins and live right before Him.

"If You Truly Have Money, Why Can Not You Build A House For Your Parents?" Oye Kyme Tells Bobrisky