Meet The Catholic Pope That Kissed The Quran And Why He Did It.

By Greatkhasi (self media writer) | 22 days ago

Most Catholic Popes are known for preaching religious tolerance, among the different religious groups and so it was not surprising when a certain pope kissed the Quran. 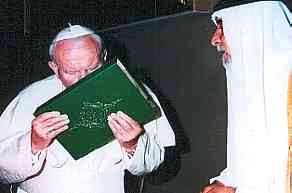 Late Pope John Paul II stunned most Christians when he was seen and pictured kissing a Holy Quran which was presented to him.

The late Pope who was a strong advocate of religious tolerance was being hosted by a delegation of Muslim clerics such as the Imam of Khadum mosque and a representative of the Iraqi ministry of religion. 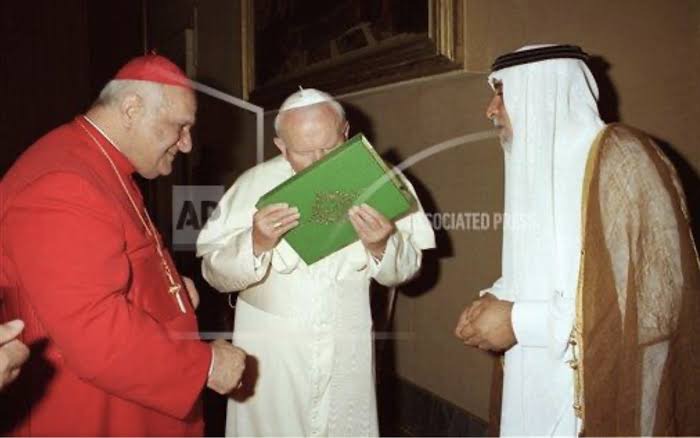 It was at the meeting in Iraq that the pope was presented with a Quran from the Muslim delegation, which he was seen kissing.

When he was presented with the Quran, the late Pope John Paul II had, in a show of humility, bowed when he received the Quran and then kissed the Islamic holy book.

One of the reasons for the gesture from the Pope which received a lot of attention is that the late Pope John Paul II had wanted to exemplify respect for another religion. 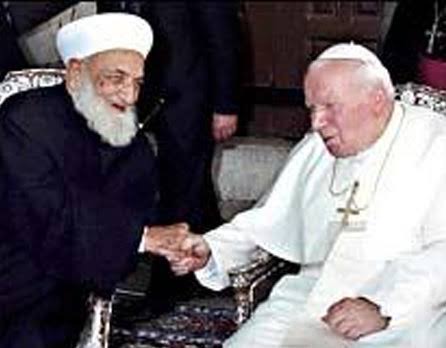 Speaking on the incident, Raphael Bidawid who was at the meeting commented that the late Pope's gesture demonstrated that he has great respect for Islam.