What Christians Should Learn From The Death Of DMX

By natSpeaks (self meida writer) | 25 days 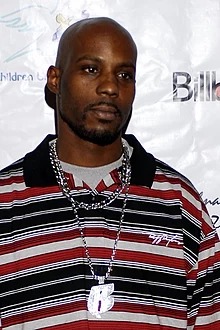 Earl Simmons popularly known by his stage name DMX ("Dark Man X") was pronounced dead on April 9 2021 due to drug overdose, which result to critical heart attack that leads to his death.

It is well known that as human, death is a certain. But what we should always pray against is untimely death and we should caution ourselves in anything we do.

Seriously, DMX death was not natural according to medical result, he suffered of an heart attack which was as a result of drug overdose. It is well known that the famous rapper as been struggling with drugs addiction and as undergone rehabilitation program three(3) times. So in other words, is death was self inflicted.

Not trying to judge him though (who am I to judge him), but according to report, he was said to be a Christian and he stated that he reads the Bible everyday. Also he was a transitional deacon in the Christian Church and aspired to become ordained as a pastor, stating that he received this call in 2009. In 2016, he gave a sermon at a church in Phoenix, Arizona and also in April 2020, he held an online Bible study and asked people to accept JESUS as their Lord and Saviour.

What actually went wrong? Despite the fact, he is a Christian, a deacon aspiring to be a pastor in future, he still struggles with bad habits (drug intake) which later claim his life.

Here are some things Christians should learn from this

1. Being a Christian does not mean you won't struggle with some of your bad habits and addictions.

2. Christians should not think that they are immune to temptations (1 Cor 10:12)

3. Everyone on this Earth has a past.

4. Whether you are a pastor, bishop, apostle etc, all these are earthly titles that is only recognized here on Earth.

5. Death is no respecter of anyone. Whether you are rich or not, death does not care.

As Christians, we are aware that we are in the perilous times, so let us be sober and vigilant (2 Peter 5:8) and we should also pray and live a life that'll please GOD.