The Scientific Instrument That The Catholic Church Owns In Arizona, U.S.A. 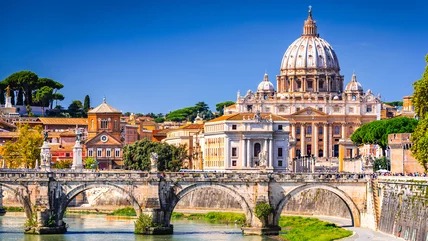 The Vatican or Catholic Church however way you choose to call it is an organization known for its vast knowledge and vast resources. But in all honestly, the institution has always been known as a very mysterious organization, owing to its very headquarter's mysterious perceptive outlook. The easiest and perhaps most notable thing many would notice about the Vatican City is that it is the smallest nation in the world, it is where the pope lives, and a nation run by the Catholic church. Quite interesting really, but that's not all about the church, in fact, very little compared to what is to be known about the Vatican City itself.

Religion has always been the functional part of its identity, but it would sound quite interesting to begin to associate scientific advancement or concerns with the Vatican City. In fact, in the past, the church has been so against several scientists that they almost come out as the villain in the history of science. There are their antagonist actions against the likes of the 17th-century scientist, Galileo Galileo who held some Astronomical beliefs that the church clearly stood against.

However, it seems the church has since become quite interested in science and their ideas have moved well, into scientific glory. As NPR reports, the Vatican has actually had a centuries-long interest in astronomy. In fact, in 1582, Pope Gregory XIII established the Vatican Observatory. By studying the stars, the Observatory helped the Church to reform its calendar and set the dates of numerous religious holidays. 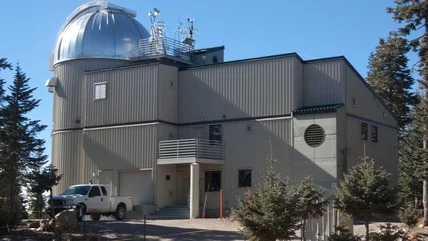 In an attempt to ensure their scientific observation grows on the front of astronomy, the church decided to establish the observatory, and in modern times, the version of the observatory began in 1891 when a large telescope was commissioned, and a dome was built in the Vatican City, to house it. It was in an attempt to map the stars, asides from their mapping of the stars, the church through its scientists wanted to ensure it gets first information on the changes in the stars.

However, Rome became quite open to so many developments that Light pollution became a known and accepted concern. This affected the sight of the observatory so it was moved to the Alban Hills, some 15 miles south of the city. In the decades since, light conditions have gotten worse still, which has led Vatican astronomers to branch out to a new location.

This then reminds us of the object that the Vatican keeps in Arizona, USA: a massive research telescope. According to a Vatican Observatory website, the device is a large fit for the stars. Considering how big it is, it can spit changes in the stars, and view way beyond our atmosphere. "This astronomical device is called the Alice P. Lennon Telescope; it's a reflecting telescope with a mirror about six feet in diameter, which makes it very large for a telescope of its type. Together, the Alice P. Lennon Telescope and surrounding research facility are known as the Vatican Advanced Technology Telescope, or VATT, " as Grunge Notes.

According to Vatican history especially that of the observatory, the construction was completed on the VATT in 1993 and is said to be located in an isolated part of southeastern Arizona several miles outside of Tucson, the nearest large city. "Due to Arizona's high elevation and clear skies, the VATT is just one among dozens of telescopes located in the state; as the Vatican Observatory website reports, Arizona is "where sky conditions are among the best in the world, and certainly the Continental United States." Time on the VATT is shared between the Vatican and the University of Arizona on a 75/25 split; both institutions are also responsible for performing maintenance on the device." Grunge also notes.