Yoruba Culture And The Stigma Of The Left Hand The Yorubas are one of the three major ethnic groups in Nigeria and can also be found in Togo, Benin and parts of Ghana. They are descendants of Oduduwa, who is believed to be the spiritual head of all Yoruba people. The Yorubas are a people with a strong sense of cultural, tradition and social identity and there are so many customs, beliefs, superstitions and taboos which govern the customs and lifestyle of the people.

Yorubas do not joke with their culture and this is evident in the religious way they showcase, appreciate and promote it. This is also evident in everyday life especially when it comes to the way you accord respect to an elder. They ensure they pass on traditions and culture to the younger generations through oral lectures, poetry, storytelling and so on. They believe it is very important to teach their children and the younger generation the importance of good manners, respect and grounded moral upbringing. 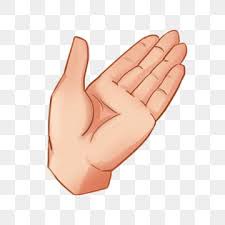 As I stated earlier, there are many superstitions, taboos, stigma which the Yorubas do not take lightly and I will be taking a closer look at one of such taboo which is the sigma that is attached to the use of the left hand.

The left hand (Owo Osi) as known by Yoruba people is considered to be an 'unclean' hand. The left hand is associated with a lot of negative connotation. There are so many superstitions associated with the left hand so one must begin to wonder where these beliefs originate from and its impact on Yoruba culture. In contrary, The right hand is used as a symbol of strength, authority and acceptance. eg. 'My right hand man!'!

It is the belief of the people that it is unclean to eat with your left hand and certain activities are equally reserved for the left hand such as picking your nose, picking up litter and dirt or cleaning yourself after visiting the toilet. Also, you do not give or receive items with your left hand in Yorubaland. I cannot remember how many times I was scolded and reprimanded for giving or receiving items with my left hand. I have to say even till date I still live my this strict moral code of conduct associated with my people. I find myself on numerous occasions swiftly 'changing hands' from left to right whenever I want to give anything to anyone even to those who are not Yoruba talk less of being Nigerian.

There is a popular saying in Yorubaland "Omo ale lo ma fi owo osi juwe ile baba re" meaning It is a bastard that points to his father's house with the left hand. This further emphasises the severity of the issue amongst the people.

It should also be noted at this point that religions like Christianity & Islam also denote the left hand in a negative manner.

Having said this, I will like to note that not all aspect of the culture looks unfavourably on the left hand. If you look at IFA divination and religion for example, the rites use the left palm of an individual to reveal details of their future and also to hold traditionally sacred items.

The fact that Yorubas sometimed call the left hand ‘Owo Alaafia’ which literally means ‘hand of peace’ instead of ‘Owo Osi’, the original Yoruba word for the left hand also shows that the left hand is not totally condemned.

In conclusion, one begins to wonder if the stigma accorded to the left hand by the Yoruba people does not stem from the natural weakness of the left hand compared to the right although left-handed people will disagree and we can also imagine the impact of these beliefs on such left handed individuals.