By PrinceAI (self media writer) | 18 days ago 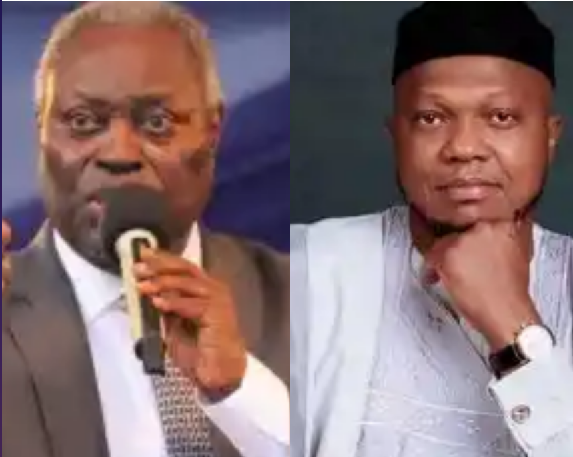 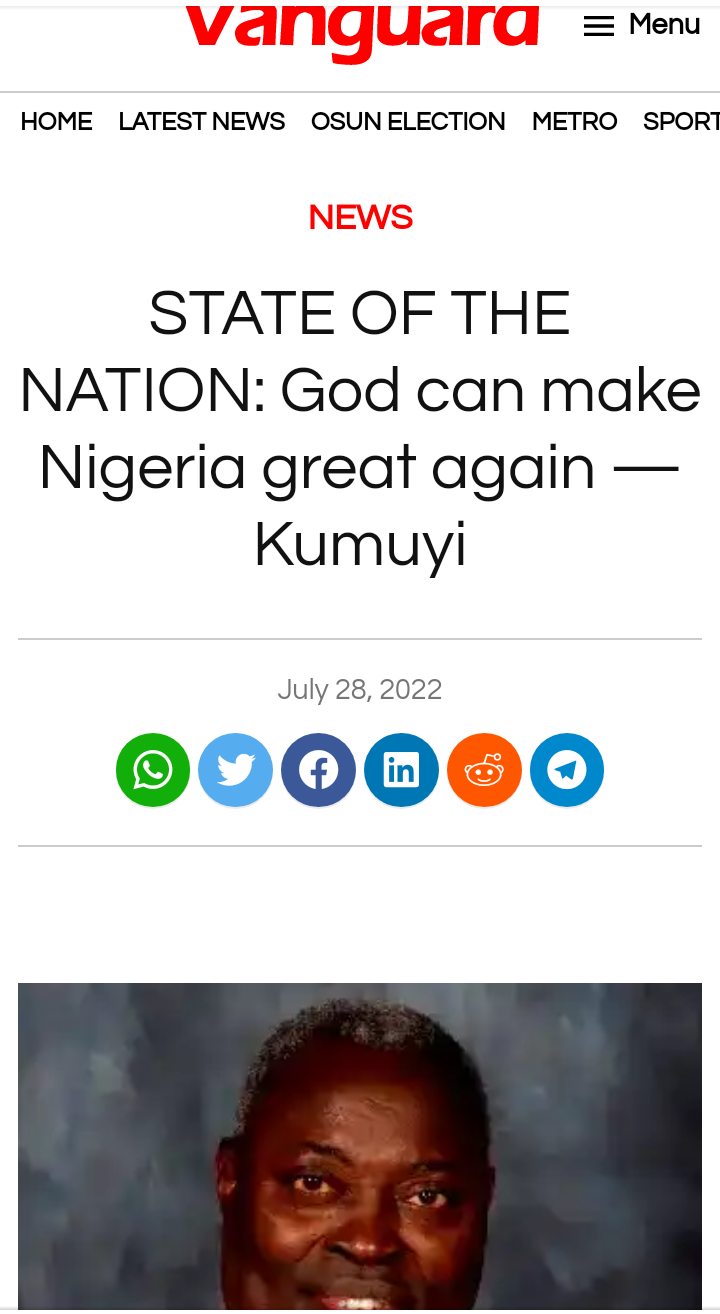 GENERAL Superintendent of the Deeper Christian Life Bible Church, Pastor William Kumuyi, yesterday, registered his displeasure over the state of the nation, noting that the situation of things has shown that human knowledge cannot solve the numerous challenges confronting Nigeria.

He said this when he arrived in Lagos for the Global Crusade, tagged ‘Total Emancipation by the Authority of Christ’, bid to run from July 28 to August 2, this year.

He was received by the Vice-Chancellor and Governing Council of Lagos State University of Science and Technology, formerly LASPOTECH, Dr. Oluremi Olaleye.

Kumuyi said that fighting and agitation among different tribes and religious bodies need to stop, as that won’t solve the challenges confronting the nation.

His words: “As I watch and read in the news about happenings in the country, I am more concerned about the future of our country. As a country, we argue about many things, but I want to say that when we are looking at both eyes, we won’t see anything. 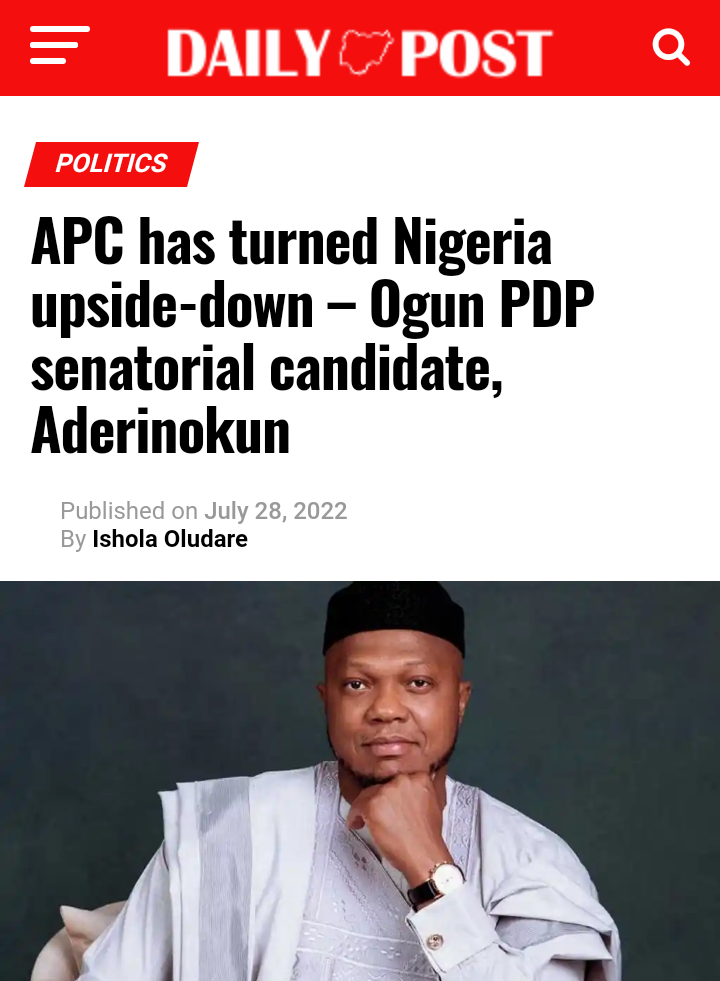 The senatorial candidate of the Peoples Democratic Party (PDP) in Ogun Central, Olumide Aderinokun has accused the All Progressives Congress (APC) of turning the nation upside down.

Aderinokun said the President Muhammadu Buhari-led APC had left Nigeria in a pathetic situation, saying the country now “finds itself in a state of emergency with fears that the worst may happen to the economy and security.”

Aderinokun lamented what he called the huge fall in the country’s excess crude oil account, the dwindling in the value of the Naira and sequential attacks by terrorists in the Federal Capital Territory and other parts of the country. 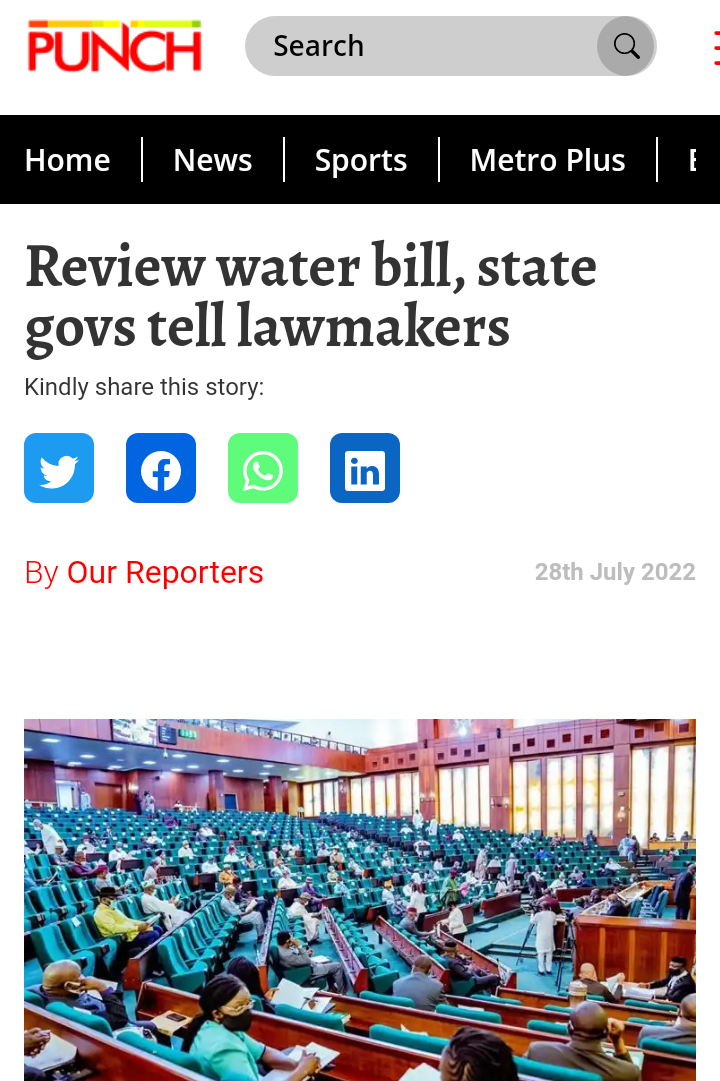 The Nigeria Governors’ Forum has called for the review of the National Water Resources Bill to accommodate the concerns of all states.

The News Agency of Nigeria reported that the forum made the call in a communiqué on Wednesday in Abuja signed by its Chairman and Governor of Ekiti State, Kayode Fayemi, after a teleconference meeting on Tuesday.

Fayemi said the reintroduced Bill did not adequately address the interests of the states and was inconsistent with the provisions of the Constitution.

He said the forum received presentations from the Minister of Agriculture and Rural Development, Dr Mohammad Abubakar, on the Livestock Productivity and Resilience Support Project – a six-year $500 million dollars World Bank programme. 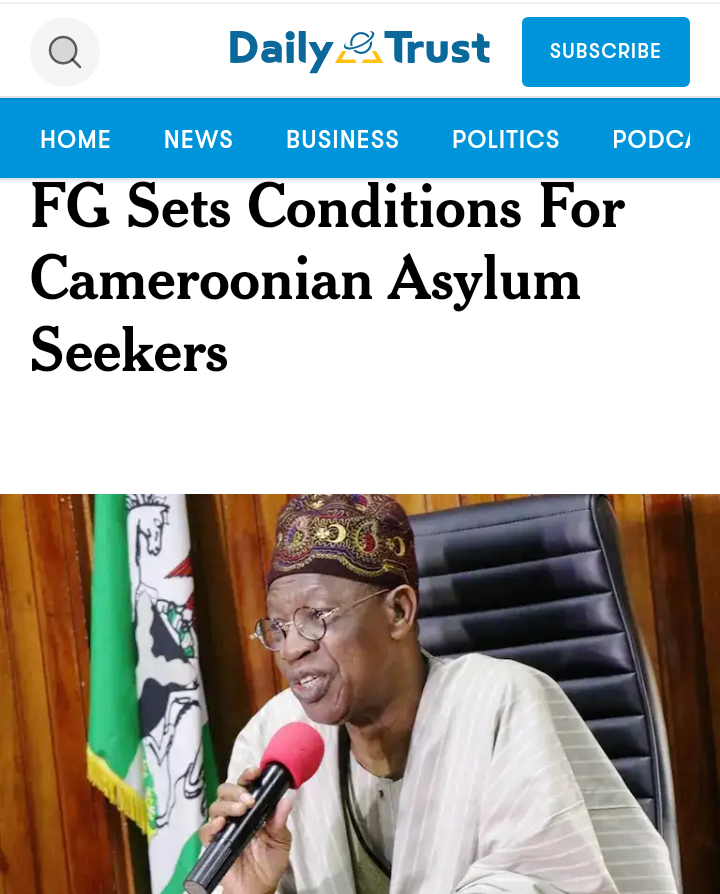 The Federal Executive Council (FEC) on Wednesday approved a memo by the Ministry of Humanitarian Affairs, Disaster Management and Social Development for a standard operation procedure for maintaining the civilian and humanitarian character of asylum seekers from Cameroon.

The Minister of Information and Culture, Lai Mohammed, said this was to guard against the possibility of granting asylum to insurgents from Cameroon.

He said: “You all know that due to the insurgency in Cameroon, Nigeria has witnessed an influx of Cameroonian asylum seekers and there’s basic standard procedures for you to be granted status as an asylum seeker.”