Is Africa the future battleground between Islam and Christianity?

It’s not the future battleground, it is the battleground area. Christianity and Islam have competed relatively successfully against each other in Africa in terms of birthrates and conversions. Muslims continue to dominate North Africa and Christians continue to dominate much of Western & Eastern Africa. However, it is also key to note that North Africa as a whole has an aging population and declining birthrates, along with large growths of various Christian denominations. Most notably in Algeria and Egypt. But, Africa is quite odd in the sense that the split between both religions is almost cut directly through the half of Africa 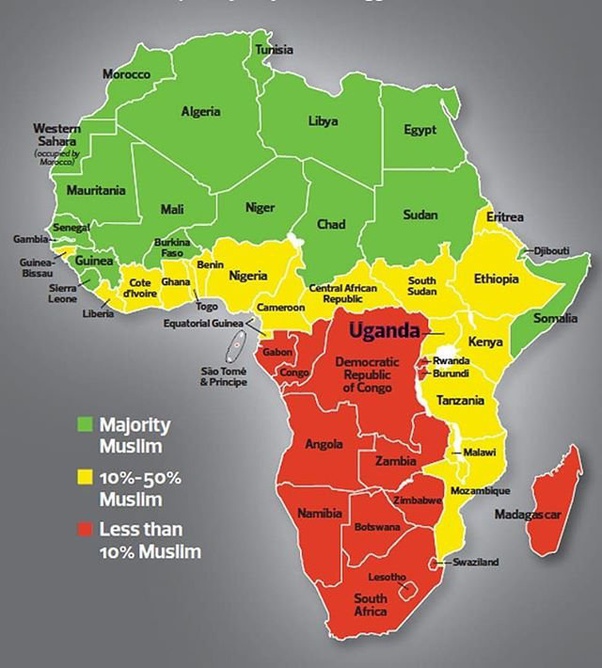 See the yellow, right in the Middle, especially in countries like Nigeria, Tanzania and Ethiopia, the estimates of the religious makeup are often very close. Nigeria is often the hardest to tell, some say that Nigeria is 50% Islam, 48% Christianity, Others say 51% Christianity, 47%. Unlike in the West were trends have shown a decline in religion as a whole, Christianity and Islam are not only flourishing in Africa, but are rapidly attracting new converts on a daily basis.

However, another thing to keep in mind is that many governments, regardless of whether they have an official religion or not, the majority Religious group typically runs the government. Which means, when censuses are recorded, the stats of other religious groups are often intentionally lowered or tampered with. Such can be said for countries like Algeria, Egypt, Ethiopia & Eritrea where various religious groups have often complained of being under represented or suppressed by government statistics. Another thing to note is that conversions to and from other religions are largely discouraged and considered taboo throughout the various African Nations. So there are no doubt about it large populations of Christians who’ve secretly converted to Islam and Muslims who’ve secretly converted to Christianity