A thousand years ago, the human race was surviving the Middle Ages, filled with short life expectancies and deadly plagues. These hardships led to extremism and decades of war. Despite modern advancements, many people yearn for what they consider to be a better time in history, or at least one aspect of this era. With hopes of restoring this time and its values, a nefarious group from 700 years ago has reformed. Members include everyday folks from cities and towns across the world. These growing ranks of common citizens are experiencing backlash for associating with such a historically controversial organization, but just what is it that they believe in?

While there have been multiple attempts to reestablish this famous organization, one particular sector has had considerable success. After officially forming in 1962, this sector split off from others of its kind, citing failure to be recognized. It now has over 5,000 members — and counting.

Unlike reformations of the past, this new order operated mainly in the Unites States. Before this, most new orders were based out of France, the birthplace of the organization. These days, modern practitioners have some cultural differences.

During the Crusades in 1118, the Knights Templar formed to protect Christians in the Holy Land. If you’ve read or watched The Da Vinci Code, you picture Templars as mystical figures. But their true path was much more straightforward. 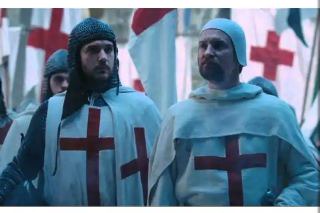 The Knights Templar became an extremely wealthy order with financial power across Europe. They handled finances for high-profile clients such as kings, queens, popes, and politicians. They bought acres of land where they erected churches and castles in the name of Christianity. However, as with any powerful group, there came an inevitable downfall.

The Templars failed to take back the Holy Land. King Philip IV of France suspected heresy and began to distrust the Knights. Rumors and controversy started to circulate about the order’s personal affairs, leading King Philip to cut off their financial support. Bloodshed soon followed.

In 1291, all the active knights were arrested. They were charged with crimes of sodomy and blasphemy. While in prison, they were brutally tortured until they confessed to untrue sins. You may recognize the infamous day of their downfall.

On Friday the 13th in October of 1307, the Templars were wiped out by King Phillip. They were officially abolished as an order in 1312. Ever since, the date has been associated with bad luck. However, the Templar’s revival order isn’t afraid of omens.

The new American sector is called The Sovereign Military Order Temple of Jerusalem (SMOTJ for short). These modern members consider themselves protectors of Christian values in today’s society. They are full committed to their roles — right down to their clothing choices.

The modern-day Knights wear traditional garb, including chainmail, armor, and white robes with their infamous red crosses. They carry dull swords and sheaths on their hips, right next to their cellphones and wallets. These heavy, cumbersome outfits are worn all year long, particularly during their initiation ceremonies.

SMOTJ ceremonies typically occur in churches or function rooms. They hold hours-long services where new Knights are sworn in. While kneeling, they are tapped on either shoulder with a sword, rising as official Templars. Awards are then handed out, followed by a celebration. But there’s more to this group than dress-up and swordplay. 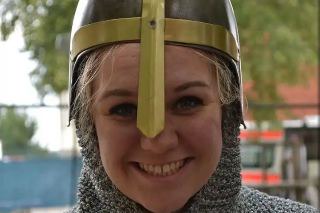 The new Knights are not fighters. For them, the order is about maintaining a long-forgotten chivalry that the Templars were known for. In an attempt to separate themselves from the mythology and controversy of their predecessors, the modern order has enacted new rules.

Unlike the knights of the past, women are allowed to participate. This was initially an attempt to increase membership, as women were considered dangerous distractions. These days, female members are referred to as “Dames,” though their role is ultimately the same as their male counterparts.

This modern group is all about networking. With online meet-ups conducted over social media, the new order has plenty of opportunities to grow. Once you’re a member, you even get access to their smartphone app! But make sure you call them by the right name.

As a group focused on Christian values, SMOTJ do not consider themselves freemasons. This divide has led to some controversy, since many members practice different religions (a majority of the new order practices Christianity). Some even denounce other belief systems, but that’s certainly not everyone.

If you find yourself among the Knights and Dames, you’ll realize just how varied they are. The group’s online expansion, along with the pop-culture appeal, came with a diversity that some members don’t entirely agree with. But before starting an argument, don’t forget their humanitarian efforts.

SMOTJ has donated over $407,945 to support Christian causes, such as funding schools and academia in Jerusalem, Bethlehem, and other parts of the Holy Land. Unlike 700 years ago, their financial sway isn’t quite where it used to be. Still, U.S. citizens are signing up in droves to participate.

SMOTJ has locations across the country, primarily in the Deep South. They can also be found in the Great Lakes region, on both coasts, and in the Midwest. Many are decorated service members who find the ceremonial aspects appealing. Curious about their values? Take a look for yourself.

On their website, SMOTJ has information about becoming a member, charitable works, sermons, history of the Templars, and much more. They discourage non-Christians to apply, though they are accepting of many Christian denominations. Here’s what you need to provide for entry.

The Knights today are mostly invite-only, which is how non-Christian members have found their way in. However, you can still request entry on their website. Candidates must submit their name, address, and a message to be considered, along with a captcha code for verification. After that, their future is up to the Knights. 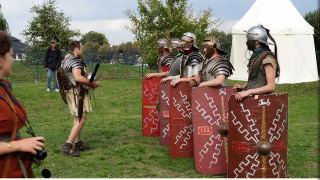 The modern Knights Templar is clearly evolving. As time passes, new customs and orders are sure to form. However, there are some things that will never change. After all, who doesn’t love dressing in medieval attire? If you’re against it, you’re bound to feel left out.

While this recent incarnation isn’t directly related to the original order, there are those who believe that the Templars lived on and laid down some secret roots in North America. One pair of brothers believe that, before dying out, the knights hid their riches in the most unlikely place.