By Jhoiycee (self media writer) | 2 years ago

Hey guys! A particular trend caught my attention early this week. It was on widows remarriage and a lot of people had diverse opinions, some which may be considered extreme and others subtle.

I remember this incident that occurred few months ago. Please read and tell me your opinion.

A woman who I happen to know lost her husband few months ago. He was sick, took himself to the hospital and when she got there later in the day, she was told that he was dead. He was in a private room so, she chased everyone out and kept praying for a long time until the security had to forcefully open the door and got the corpse out.  She was in a state of denial, she kept smiling and telling people it is well.

Anyways, fast forward to the burial last month which was in the village ( somewhere in Eastern Nigeria). The burial was going on and she kept telling her children, friends not to cry that it is well. This attracted the village people and they were so angry with her. They descended on her and beat her just so she'll cry (because it is non-African not to cry). After the burial, she refused to cut her hair and so, she was tied down and her hair was shaved by the village women.

Now, I would think this little episode would be distressing but no, people I know are insisting that the woman should be left behind in the village because she might be responsible for her husband death ( the autopsy report showed that he died of a heart failure) because she didn't cry ( Nollywood already taught me that the killer is the one who cries the most 😂).

However, a man shared his experience of how he didn't cry until a year after losing his loved one. He left the country and on landing in the United States Airport , he burst into tears for someone who died a year before.

The point I'm trying to make is this ; Humans grieve and they grieve differently.

There are 5 stages of grief ( Elisabeth Kübler-Ross, 1969) which include:

These stages do not follow a particular order, some accept immediately while others may go through all these stages before finally accepting.  Please keep in mind that everyone grieves differently. Some people will wear their emotions on their sleeve and be outwardly emotional. Others will experience their grief internally and may not cry. You should not judge how a person experiences their grief, as each person will experience it differently.

Let's take a walk in Imagination Island ☺ . Imagine beating someone who's depressed, forcing him/her to cry. Are you done imagining? Let's also imagine that person committing suicide. It sucks yeah?

Okay, imagine how it would have been prevented with just a little love and care and perhaps anti-depressants. But NO! You beat her up.

For me, I feel it's a poverty mentality. Imagine a rich prominent woman being beaten up ( Don't bother imagining because it's not possible). 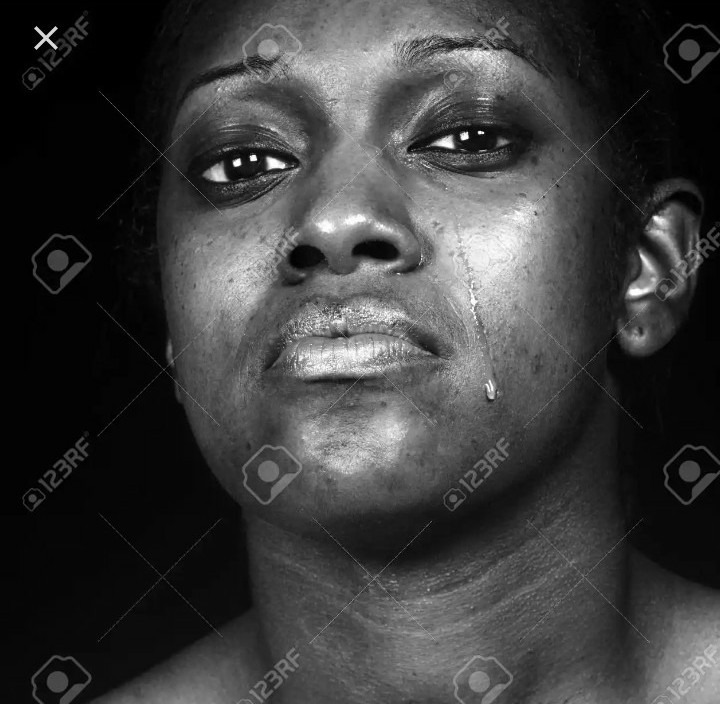 Disclaimer: This picture is just for illustration purposes.

Again, let's take another walk, into the 19th century the time our ancestors killed twins. Mary Slessor was a mad woman at the time she was trying to stop the killing of twins. And the ever wise people who killed twins saw nothing wrong. But today, she's celebrated and the rest of us are like "who the F**k kills twins? ". Some of us keep shouting about Female Genital Mutilation but it's still done today in some hospitals, with the excuse that asceptic techniques were being followed.

In May 2015, the Federal Government of Nigeria signed into law the Violence Against Persons Prohibition Act (VAPP) to prevent violence against vulnerable people including harmful widowhood practices. But trust me, whatever rights there is ends on the paper as it is not followed in some parts of the country.

The people who lived in the 18/19th century and killed twins are long gone. We who are living/ have lived in the 21st century will also die off. Then, descendants in the coming centuries will read about some of our practices and exclaim, What Fools They Were!

I was so hurt and so I decided to share this with my parents and they came up with the argument that Jesus wept and he also cried out in agony before he died (You know, as usual applying religious sentiments 😢 ).

My response was that : Jesus was informed that Lazarus was sick yet he kept traveling and healing other people in different locations. Meanwhile, his best friend was sick. Now, let's pause and imagine how the people reacted. I'm sure they would have called him a madman, a ritualist, probably he got his powers from killing his friends 😁 . But, Ohhh what a Friend we have in Jesus!

Secondly he cried out in agony before he was crucified because he carried the sins of the entire world. Can you imagine carrying only your sin and the heart break it causes. Now, imagine Jesus carrying everyone's sin, his heart was so crushed, I'm sure no amount of tears could relieve his pain. To my own understanding, I believe that cry of My God, My God why have you forsaken was a HEARTCRY and could literally mean anything. Even if he did cry (tears), the suffering and pain he had endured all through the stations of the cross was enough.

It's okay to cry and it's still okay to experience other stages of grief such as denial. Just make sure you help people when they are experiencing various mental health issues.

In conclusion, maybe I'm a stranger to the traditions of our land, maybe I'm an uncultured swine, too westernized, maybe I was too serious with my social studies class . BUT IF YOU HURT ME WHEN I'M TOO HURT TO REALIZE I'M HURT, WHAT WILL GOD SAY?

Content created and supplied by: Jhoiycee (via Opera News )