Nigeria is a secular state, does not belong to Fulanis - Sultan of Sokoto

By adelajaadeoye (self media writer) | 2 years ago 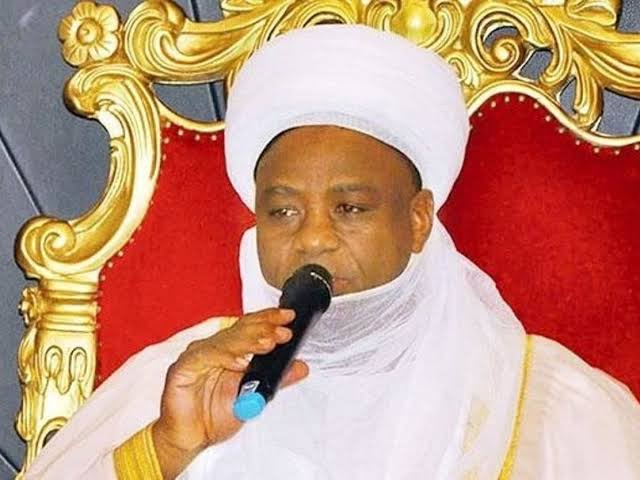 The Sultan of Sokoto, Muhammadu Sa’ad Abubakar, has lambasted trouble makers, who frequently hides under religion and ethnicity to ferment trouble in the country, calling on them to desist immediately.

He said it was wrong for any Fulani to claim the ownership of Nigeria, because Usman Dan Fodio didn't come to the country for the purpose of claiming ownership of it.

He stated further that it is an effort in futility for anyone to think that they can Islamize or Christianize Nigeria.

According to him, Nigerians are sophisticated people, stressing that religious fanatics should wake up to reality.

He set the record straight, while responding to claims by some Fulanis, saying that Nigeria from Sokoto to the Atlantic Ocean belongs to them.

This aged long controversy was laid to rest on Friday, by the Sultan of Sokoto, at the Interfaith Mediation Centre in collaboration with the Plateau State Peace Building Agency first annual Plateau State Forgiveness and Reconciliation Day.

Sa'ad said in all the over hundred books of Usman Danfodio he read, there was no place where it was written that Nigeria belongs to the Fulanis, calling on those who still harbor such belief, to wipe them off from their heads.

According to him, he is the leader of Usman Danfodio dynasty. He claimed to have seen several books written by him and they are purely centred on good governance and role of Islam in Nations building. There was no place it was mentioned that Nigerians was conquered to claim superiority or ownership by the Fulanis.

The Sultan of Sokoto said, he is the grand patron of Miyetti Allah in Nigeria, that those using the word Jihad to perpetrate crimes such as kidnapping, banditry and Terrorism are not Muslims and as such not members of the popular Miyetti Allah group.

The respected Emir, called on the government to take the matter of Security seriously, and that those found hiding under religion to cause mayhem should not be spared, irrespective of their tribe or religion.

Content created and supplied by: adelajaadeoye (via Opera News )